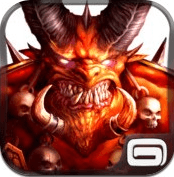 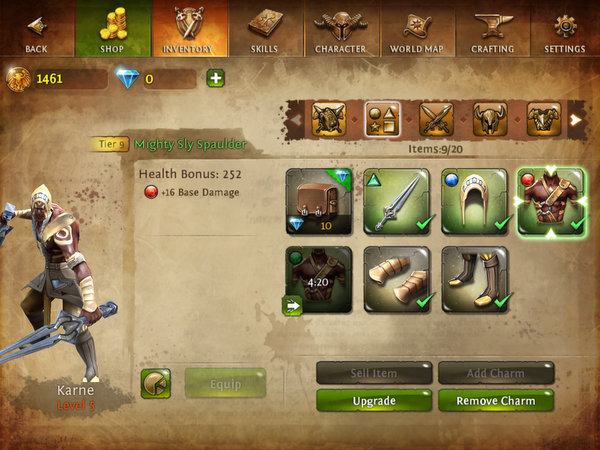 The heroes of Dungeon Hunter 4 are members of the kingdom of Valenthia. Better known as the Valen, the kingdom defeated the demons a long time ago and entered an era of more normal struggles against their barbarian neighbours, the Kenashi. One day, the demons reappeared and all hell breaks loose. The player’s character is the archetypical chosen hero who will change the course of the battle and save the Valen from destruction. 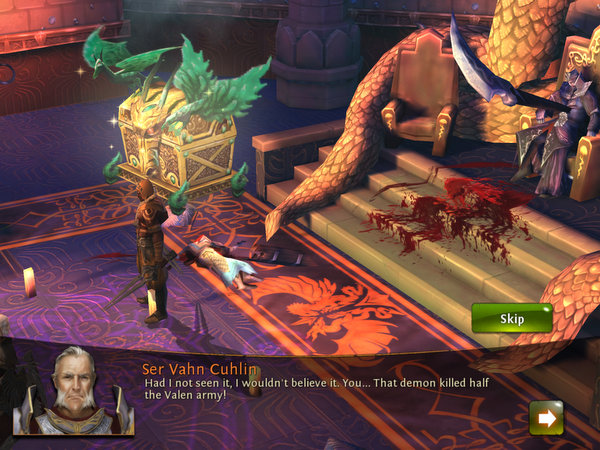 Although the plot of Dungeon Hunter 4 ticks off all the traditional western RPG archetypes, the writing is very good. The conversations are believable and manage to have a few funny moments that feel very natural. The game does not bring anything new to the table plot-wise, but the story in campaign mode stays interesting enough to avoid becoming forgettable window dressing.

Dungeon Hunter 4 is a full-fledged action RPG experience that could easily succeed on the PC or console. There are four classes, each with its own play style and skill tree. The player can equip one spirit skill, three active skills, and up to four passive skills at any given time, providing lots options for different builds. There is a small shop to purchase new items and a crafting system to create powerful new items. The item system is well thought out and logical. The controls are excellent. They are responsive and provide the option to customize the button placement. The customization option is a life saver for any gamer who plays with the heavier Retina iPads! 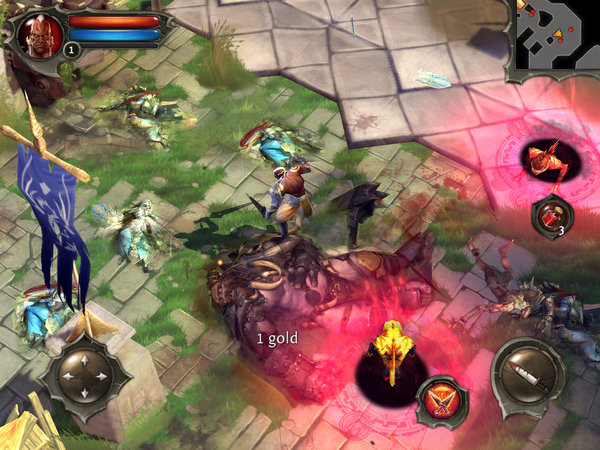 With all these excellent points in gameplay, where exactly did Dungeon Hunter 4 go wrong? The In App Purchase scheme. It is incredibly aggressive. Every loading screen shows off some item that can be purchased with Crystals, the real money currency. Each time the player levels up, the game recommends an item to purchase at a small discount. Every item menu has a few items that can be purchased that are a marked improvement to the player’s current inventory. Extra inventory space is constantly advertised. Respeccing and unlocking skills early require Crystals. Players can revive where they died, for a price. The aggressive advertisement for in game purchases could be tolerated if it was not for the ridiculous potion scheme. The player can store up to three health potions at any time. Every eight hours, the player is given another health potion. Regularly, they cost 20 crystals, the real money currency in Dungeon Hunter 4. Crystals can be earned without using any real money by watching short 15-30 second advertisements. Each advertisement provides one Crystal, so in theory; a potion can be earned by watching approximately five to ten minutes of advertisements. Suddenly, Dungeon Hunter 4 sounds more like work than a game. If the player chooses to forgo purchasing health potions, they are stuck grinding an area to survive to the end. 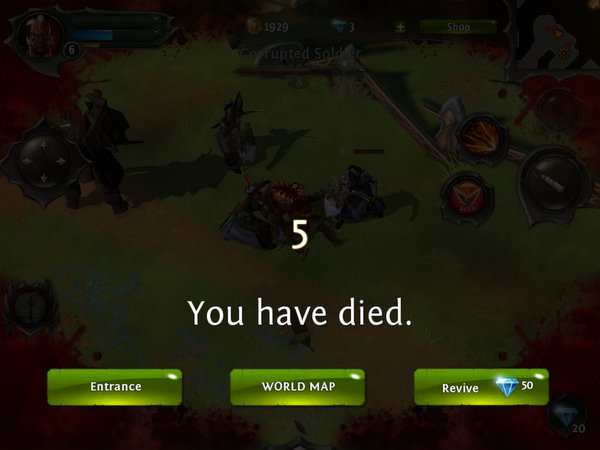 Dungeon Hunter 4 provides beautiful console quality visuals. The animations and textures are of high quality. Unfortunately, I noticed Dungeon Hunter 4 on the iPad 3rd generation suffers from the odd drop in frame rate in the first few moments of a freshly loaded level and when there are many enemies and spell effects on screen.

The audio in Dungeon 4 is top notch. The music is enjoyable to listen to, the sound effects are realistic, and the voice acting is very good. I thoroughly enjoyed the voice work for the NPCs. In comparison, I found the voice acting for the player to be a little inferior in comparison. Some of the delivery just missed the mark and felt a bit too forced some times. However, this is an extremely minor complaint. 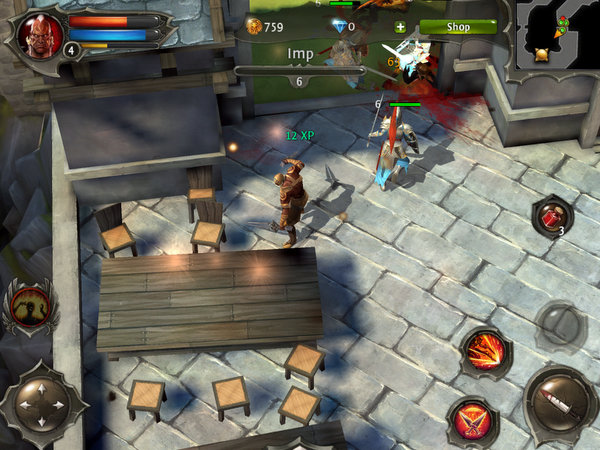 Games like Dungeon Hunter 4 break my heart. The game is fantastic, but the aggressive IAP scheme completely ruins the game. The blame for this mess deserves to be split between the consumers and the developers, but that is a rant for another column. The controls, the gameplay, the video, and audio come together in an excellent console grade package. But all of this gets drowned out by the unending flow of advertisements and the oppressive potion scheme. I would be more than happy to fork over ten dollars for Dungeon Hunter 4 if it meant that the advertisements were banished and Crystal prices were converted to in game gold. It would be worth the money. Too bad the option isn’t there.