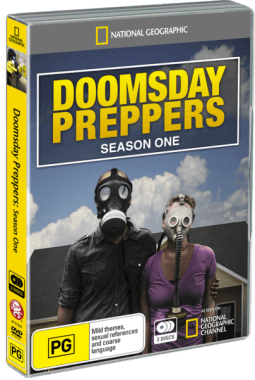 Survivalists have been getting a lot of attention of late and I’m not too sure that’s a good thing. While there’s a very rational reason to want to be prepared for a catastrophe that could wipe out humanity, most of the people who are involved in the ‘preppers’ culture seem to be actively wishing for it to happen. They’re also quite typically very far right wing in that very special derpy American way, which makes listening to them grating.

I’ve also been quite wary of documentary TV series for a while, as the lengths people go to create ‘infotainment’ require the information side of things to be sacrificed first. I’d suggest only watching this if you want to ogle some crazies, which are provided pretty consistently.

Each episode follows 3 groups of people, often families but sometimes it’s lone individuals planning to live out the end of days. These sections follow a pretty consistent formula: find out why they’re prepping for the end times, follow their routine, name drop the company that assesses the subject’s ‘readiness’ and worthiness of their fear and then return to see if they took the advice. Thematically, there are a lot of similar reasons for why people are prepping, and most seem to oriented around right wing American political touch stones. 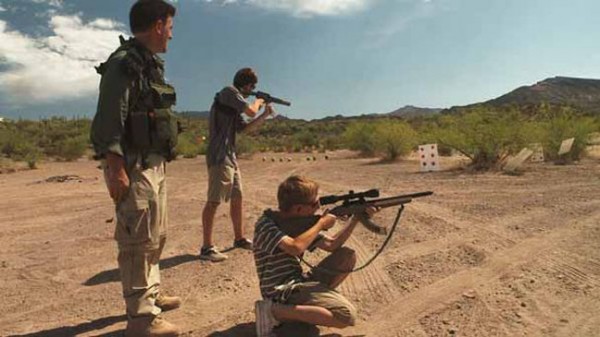 The immediate devaluation of the American dollar features predominantly, as well as a few cases of instantaneous climate change, civil unrest and earthquakes – which are are a popular choice for Californians it seems. I was pretty disappointed that Communist invasion wasn’t really mentioned. Government clamp downs were though, because we all know the Obama is a secret Commie Muslim – or at least that’s what I got from the way people were talking about the government. For some reason solar flares causing EMPs are massively popular reason to start prepping despite the freakishly small percentage chances of it happening. After a few episodes you get the feeling that any excuse would have got these guys across the line if only to play with guns and tinned hamburger patties.

The variety of ways one can go about protecting oneself was pretty astounding. From shipping container bunkers to vast farms you have to wonder how much money this hobby takes to finance. There are a few on a budget and they generally skill up in foraging and medicine like they were doing some crazy speed run of Dark Souls. It’s obvious they’ve all done their research, those that haven’t get admonished at the end of their section when they’re ranked. Many families have tools that are repeated regularly, such as sub-zero ovens and guns. So many guns. There is a sweet scene in one episode where a guy who looks like Bruce Campbell blows off his thumb in front of his kids. Of course he brushes this off as a reason to be prepared but you have to wonder if survivalism is just the excuse to keep a ridiculous amount of guns. The weird thing about the kids in this series is below 10 years of age they all hate it, after that they become acclimatised to the lifestyle and aggressively protect their family’s choices. The woman who is preparing for a pandemic made me particularly angry; her children are wiped down every time they enter the house. 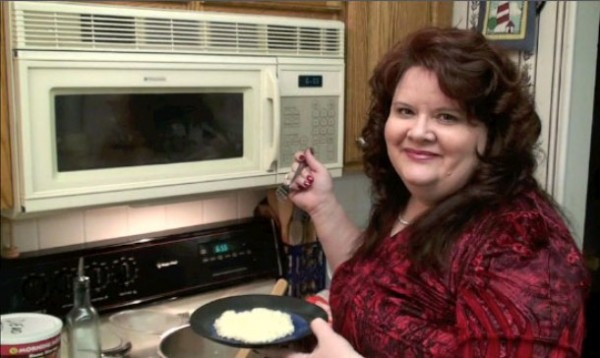 When it comes time for the assessment everybody starts with a smug smile. Some manage to get through at about 90% and are pretty chuffed. There seems to be little consistency in the assessments despite the fact they’re all carried out by the same company. Individuals score well yet they often are missing the basics that other groups were ranked poorly for missing or not being stocked well enough. I recognise that there’s a certain amount of illusion to creating reality television but there is a lot of cross promotion. A few people have managed to get themselves onto the show simply because they sell survivalist gear. In the second season the local paper of Fairbanks, Alaska outed a family that didn’t actually believe in any doomsday theories. They did, however, own a company that sold survivalist gear. The guy who blew off his thumb is a survivalist entrepreneur. Doomsday Preppers is National Geographic’s most popular show, so you can see how many believe this is one of the best marketing opportunities that they could have drop into their laps. I question the sincerity of the producers to include these people in the show. The assessors are just another part of this conceited experiment. 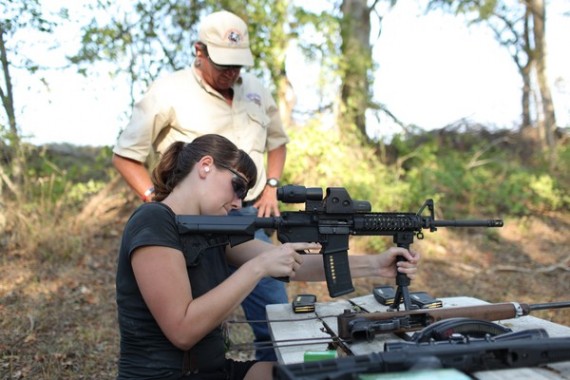 The odds are one of the greatest parts of this show. After watching families completely destroy their reputation in the local community, spend tens – if not hundreds – of thousands of dollars and ruin their children’s lives, more often than not the odds are either minimal or negligible. In one episode, every single child in the family hates their parents for uprooting and moving into a bunker to avoid the impact of a total polar shift. After cringing through the entire episode, the narrator signs off by explaining scientists have concluded that such a shift is impossible. It’s not a one-off either. Many episodes end by listing possibility ratios that make you wonder why, with all the research, they didn’t realise the odds. I guess it speaks to the tone of news or other sorts of information these people have access to. Great for the lulz though.

I can’t really say too much constructive here. A lot of the locations look quite impressive because preppers prefer mountainous, unpopulated areas. That, and a lot of them are in the southern United States, so there’s a mix of arid and snowy scenery. The presentation style is not over-laden with CGI and transition effects which allows the individual narratives to continue to flow without getting in the way. Otherwise there’s nothing significant to note visually. 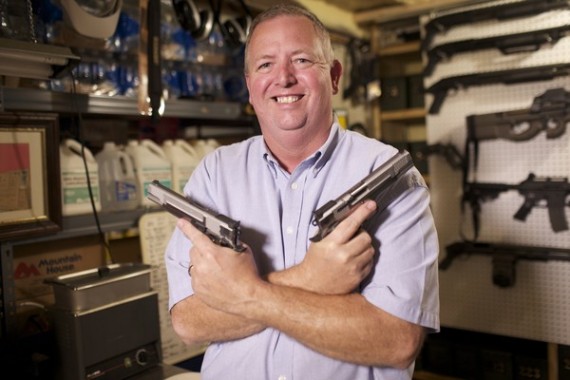 National Geographic must use one guy for all of their narration across every show. Either that or they train everyone to have that super clean, extra manly – yet informative – tone. I found that there were some issues with the audio mixing on the ‘Extreme Preppers’ feature otherwise it’s a pretty straightforward affair. For both the audio and the visuals Doomsday Preppers lets the locations and the people provide everything for them and benefits from the choice. Their world is so unique it comes with its own set of noises and images you wouldn’t want to impede on.

The extras are minimal; there are some ads for National Geographic and an extra episode called ‘Extreme Preppers.’ This episode acts as a best-of, or as I see it, the only ones who actually know what they’re doing. ‘Extreme Preppers’ are fleshed out with additional footage and some unseen clips. These clips don’t really add all that much more depth but it is a nice summary of the whole season, considering it’s the last episode on the final disc I can’t really see why anyone would really want to watch this after going through the whole season. It’s organised into blocks that are easily digestible, categorised by core themes like animal uses, gun alternatives and shelter types to name a few.

I’m not going to lie, there is something practical here. I would think about putting together bug out bag and build a small amount of supplies. As the narrator suggest 3 days is probably enough. So I can’t honestly say that the show didn’t have an impact on me. That being said, these people aren’t just weird, they’re been manipulated by something. Whether it be the media, sporting and hobbyist magazines, their church or their communities, their ability to rationalise the external world has been corroded. Somehow they have managed to conduct deep research but completely ignore the possibilities of it happening. Many of the people that are followed describe prepping as a life-style, which makes it one of the most expensive hobbies one could ever have.

Leaving the prepping aside and looking at it purely as a show it’s well made and entertaining enough. I was personally interested in checking out the freak show and it’s demonstrated in a way that respects those being interviewed. The coverage of their lives is pretty complete. The show offers itself as an advice guide for preparing for a doomsday scenario, which makes me concerned. Cross promotion is rife, in my opinion that critically weakens its position as an authority. I don’t think many people will be concerned with this facet of the show as it’s pretty freakish, even in those episodes. If you’re looking for somewhere to start, sure I guess you could use this to orient your research. I think the core audience for this show however will be those looking to gawk at weirdos, in which case, you’re in for a treat.