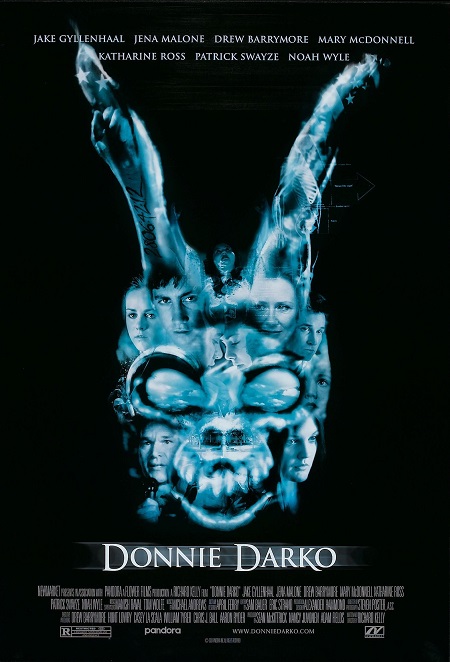 Donnie Darko is one of those films that you hear about as a teenager as being this crazy, mind-bending puzzle of a film. When actually watch it, you realise that that reputation is absolutely well deserved. This film was pretty much the Inception of my (and a lot of other people’s) youth with it’s ambiguous ending and confusing plot. I make no secret of my love for this film and so, when it came time for the In the House screening, I followed the creepy bunny to George st cinemas to see the film.

The hosts for the evening were Jason ‘Jabba’ Davis and David ‘Quinny’ Quinn whose task it was to warm up the audience. They opened the session with a quick contest to give away a prize of jetboating tickets. They then sat down and started discussing interesting trivia and tidbits about the film. I quite enjoyed their discussion of the film and the differences between the original theatrical cut and the director’s cut which was recently released online. They discussed how the theatrical cut was severely cut down in order to meet the studio’s expectations and how this resulted in a more confusing but also avant-garde work. It was a pleasure to hear them talk about the film and after they finished, the screening began. 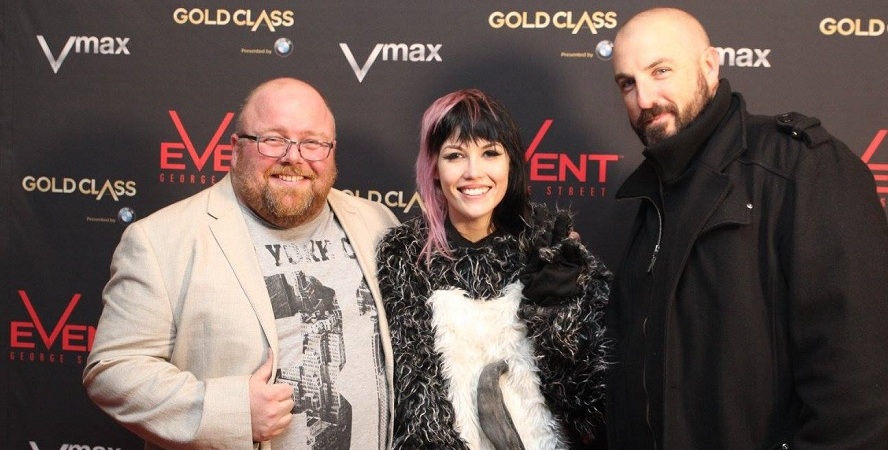 The film follows the life of highschool weirdo; Donnie Darko (Jake Gyllenhaal), as he navigates through the trials and tribulations of his teenage years. The action of the film is set in motion when Donnie is compelled by a strange, otherworldly man in a terrifying bunny suit to leave his bedroom just before a jet engine crashes into the roof of his house and crushes the bed Donnie would have been sleeping in. The stranger in a bunny suit, named Frank, tells him that the world will end in a little over 28 days. Over the next 28 days we see Donnie attempt to unravel the mystery of why the world is ending and who Frank is while dealing with his own problems as a teenager.

The writing throughout the film is an interesting mix of naturalistic dialogue mixed in with lines with quite a beautiful prose. The character of Donnie is one which I find speaks to a lot of people as the quintessential teen loner. Donnie is a cutting mix of intelligence, cynicism, and awkwardness which helps Gyllenhaal create a character who is ultimately quite charming despite their flaws. From the way he stumbles through his condemnation of an incredibly sleazy self-help guru to his conversations with his friends about whether smurfs have sexual organs; Donnie is the character which anyone who had a cynical/brooding phase in highschool can identify with. 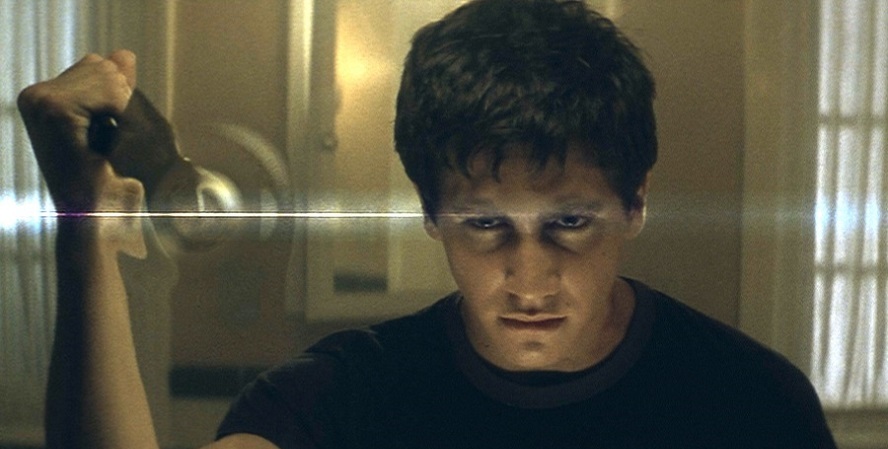 The writing for most of the characters around Donnie as well the performances from the actors was largely solid with some questionable exceptions. Jena Malone as Gretchen Ross plays the role of Donnie’s love interest with depth and provides an interesting persona to explore alongside our brooding protagonist. Eddie Darko (Holmes Osborne) and Rose Darko (Mary McDonnell) do an excellent turn as Donnie’s understanding but beleaguered parents. You can pretty much feel the love that Rose especially feels for her troubled son despite his less than exemplary treatment of his mother. I feel that where the characterisation collapses was in regards to the two bullies played by Seth Rogen and Alex Greenwald. Their performances were, to put it bluntly, some of the worst I have ever seen with pretty much everything about them just seeming completely ridiculous and unnatural. Their purpose as characters in the film largely appears to fulfil a specific plot and makes their narrative presence seem rather forced.

My one criticism for this film’s story is that it is, without a doubt, very confusing. When I first watched this film, I was completely dumbfounded by the narrative conclusion which is especially perplexing. Having read about the film (as well as studying it academically) extensively after that first fateful screening, I have some idea of what exactly happens in the narrative… probably… I’m still not certain. Nonetheless, there are some pretty cool readings of the film and it’s climax out there that make sense of the otherwise opaque collection of plot points which the film gives us. I’d recommend watching this film a second time after reading a bit more about its approach to time travel to really get a grasp of what’s going on. 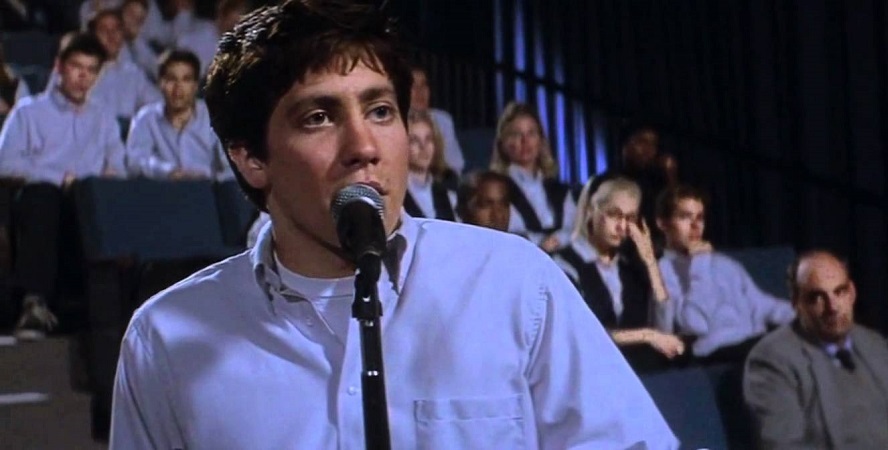 The visual style of the film goes through a number of tones as it jumps between highschool teen drama and more surrealist sci-fi effects. Half of the time, the film frames its scenes almost like a John Hughes film when Donnie is dealing with mundane slice-of-adolescent-life problems. Although the actual content of the scenes shot in this style is generally quite dark, the visual tone does give it a sense of innocence to remind you that, despite his intelligence and insanity, Donnie and his friends are largely still teenagers. This juxtaposes quite strongly with the surrealist effects of the sci-fi parts of the movie as the tone changes to something much more menacing. In one shot, we watch Gyllenhaal smile maniacally directly into the camera’s lens as he moves into frame while in others we see translucent worms burrow out of people’s chests… shots which are really more in line with the tone of a horror movie. The clash of these two styles makes this film unique and interesting to watch on a very basic, visual level. 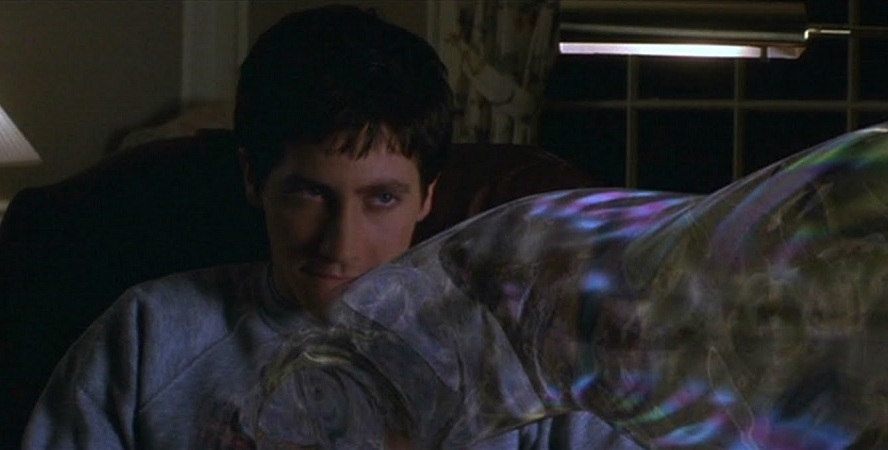 The soundtrack throughout the film is consistently awesome with a mix of regular orchestral pieces, pop music, and stranger unsettling tones which reinforces the juxtaposition of the visual tones. These choices create a unique soundscape, especially when Donnie is seeing or being compelled by Frank to act out. The slow, deep synth tones which accompany his onscreen presence help to give the scenes a strong sense of menace. By comparison, the frequent use of pop-music throughout a lot of the other scenes gives everything a sense of brevity and energy.

The standout entry in this film’s soundtrack is the Mad World cover by Michael Andrews and Gary Jules. The melancholy vocals and lyrics work perfectly to give the film its final sombre note from the film as we see the timeline of the film reverse and collapse itself. It’s accompaniment to the final sequence creates a beautiful, sombre moment that will certainly stay with you after you leave the cinema. 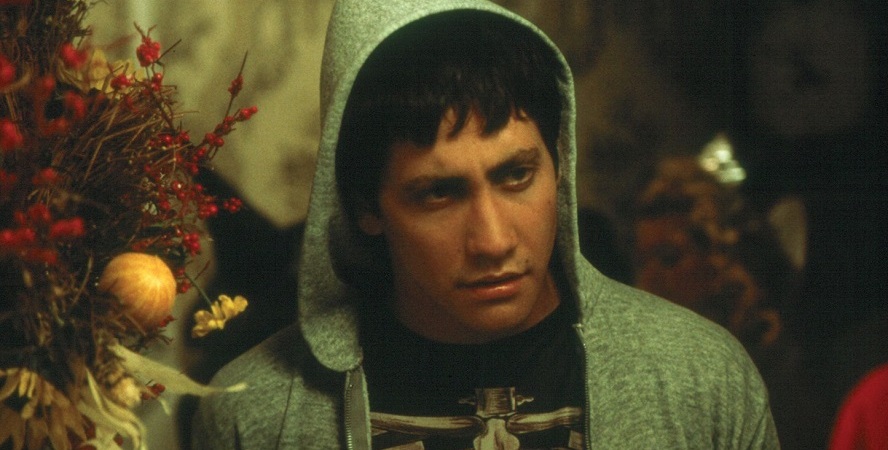 Hopefully I’ve been able to explain in this review why this film is so close to my heart, and seeing it on the big screen made me appreciate it all the more. It’s a film filled with conflicted characters, visuals, and music which somehow coalesces to work together to create an extremely compelling cinematic experience. The ending is as clear as mud without further research and a healthy dose of conjecture but I don’t consider it’s ambiguity to be too big a flaw. It should be easy to see why I have no problem at all in recommending this film to pretty much everyone as a strange sci-fi must-see. Kudos to In the House for screening this classic and giving me the chance to see it up on the big screen! 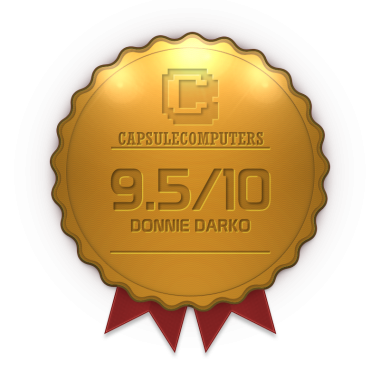 A cult classic science fiction film with a wonderful clash of writing, direction, and style which earns the film its reputation as a cinematic puzzle.
9.5