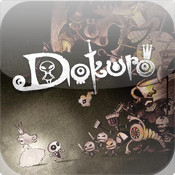 Overview
We all know how it goes. Princesses, though revered, have a penchant for being kidnapped. Once this inevitably happens, it is up to a hero to rise to the challenge and rescue the damsel. That being said, the rescue usually occurs at the end of the story, once the hero has overcome a number of obstacles. Dokuro takes things in a slightly different direction. With the Princess saved in the opening scene, its up to our unlikely hero to protect her through a perilous realm of evil. 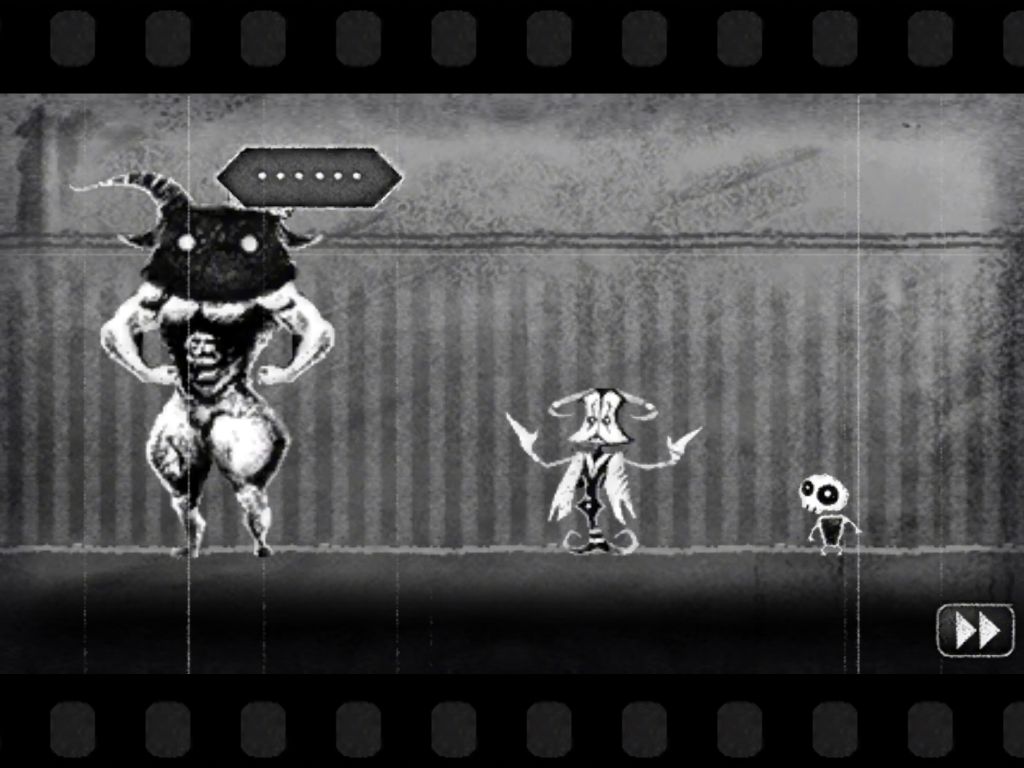 Having ruled her land in peace, our unfortunate Princess was once day stolen away by an evil Dark Lord. Longing to make the unwilling Princess his bride, the Dark Lord ordered one of his lowly skeleton underlings to keep watch over his not-so-beloved. However, as the skeleton stares at the poor, crying Princess, something strange begins to happen. Rather than obey his evil master, the henchman longs to save this damsel as strange feelings rise within him. With his decision made, the skeleton frees the royal prisoner, sending her on her way back to her old life…but nothing is that easy. The duo are still locked within the Dark Lord’s stronghold, along with all of the other dark minions that dwell within. Let’s just say that the skeleton isn’t exactly the most imposing of the creatures that call the dark castle their home, something our duo soon discover.

As our Hero braves the dangerous traps that litter the twisted residence, he comes face to face with a number of foes who seek toreturn the Princess to their Master’s grasp. However, as can be expected of beings of evil, they’re not exactly merciful in their approach. One particular creature chooses to let the Skeleton continue on his quest, telling him to hurry up and fail so that this whole situation will simply go away. 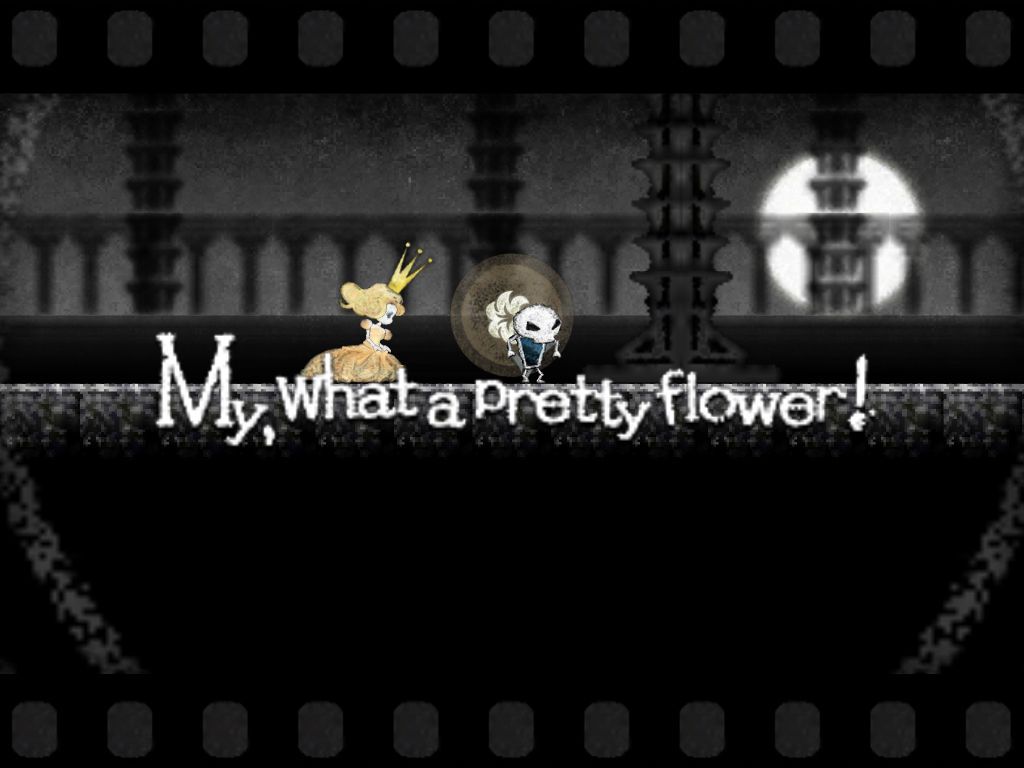 Gameplay
What Dokuro boils down to is one long side-scrolling escort mission, with added puzzles. While this is the simplest way to explain the game, it underseels it immensely. Let’s face it, escort missions aren’t the most well received in the video game world. They can be tedious, stressful and just plain difficult. However, Dokuro handles this concept well and in a fairly fresh way. First of all, due to the 2D nature of the game, your protectee doesn’t run of in a myriad of directions. Just straight forward. Often into danger but hey, if they were that clever they wouldn’t need protecting. One of the core gameplay aspects involves you actually stopping the Princess from aimlessly walking into danger. Though she often avoids the most present dangers, the Princess is not above wandering into open flames. So you’ll have to keep on your toes if you want to keep your damsel out of distress.

As no escape is simple, expect to find a myriad of impeding puzzles along the way. Being an evil leader who lives in a large castle, there’s spikes a plenty and a number of bottomless pits…I guess evil bosses share an interior decorator…who is probably also evil. Also included in the decor are a number of barriers, shifting platforms and flamethrowers. Each of these dangers comes with a handy dandy off switch, each figuring into the solutions for your escape. Though in typical game style, switches need to be pressed down constantly and levers have a tendency to revert. Honestly, how do the bad guys live in these places? Of course there are also the instant death pitfalls to avoid, so…avoid them. As if all of this wasn’t bad enough, some levels require you to not only figure out the key to progression, but also achieve this rather quickly, lest the Princess perish. Though the solutions to these speed levels are often simpler than those without time limits, they are by no means less stressful. Saving Princesses is hard. That being said, regardless of a level’s specific layout, each only takes around a minute or two to complete. This allows you to stop and start the game at frequent intervals, and also serves to mete any anger over failing a puzzle. Losing progress in such small chunks is very forgiving for a puzzle game. That being said, as the game progresses you may find yourself wanting to skip some puzzles. Along this vein, the game allows you to skip a total of 10 of the 150 levels, just in case you really get stuck…or frustrated…or lazy.

When you begin your perilous journey you possess no equipment, instead relying on your agility to keep out of danger. Double jumping is a nifty skill for anyone to have and it is what allows you to survive your first boss encounter. With only two hits before you are made considerably more dead than you already are, expect to dodge a lot. However, once you conquer your towering foe, you receive a curious potion that allows you to transform in to the archetypal Prince. A Hero. It is after this moment that you are able to shift between your meek Skeleton form and that of the gallant Prince. Whilst in Prince mode, you are granted a new set of abilities. Though robbed of double jumping from the outset, you are able to carry the Princess, escorting her down large drops or ferrying her from combat. The Prince is also able to vanquish foes, whilst the Skeleton can merely bat them away. In adition to form changing, you are also provided with some items that aid both Heroic personas. At the end of Stage 1 you receive a bell which provides you with a much needed increase in damage resistance, granting you a more favourable hit-to-death ratio. You also receive three sticks of chalk which allow you to solve specific puzzles by connecting two points. It’s like a colour by numbers book, only instead of seeing a picture, you free a Princess. Which is also nice. 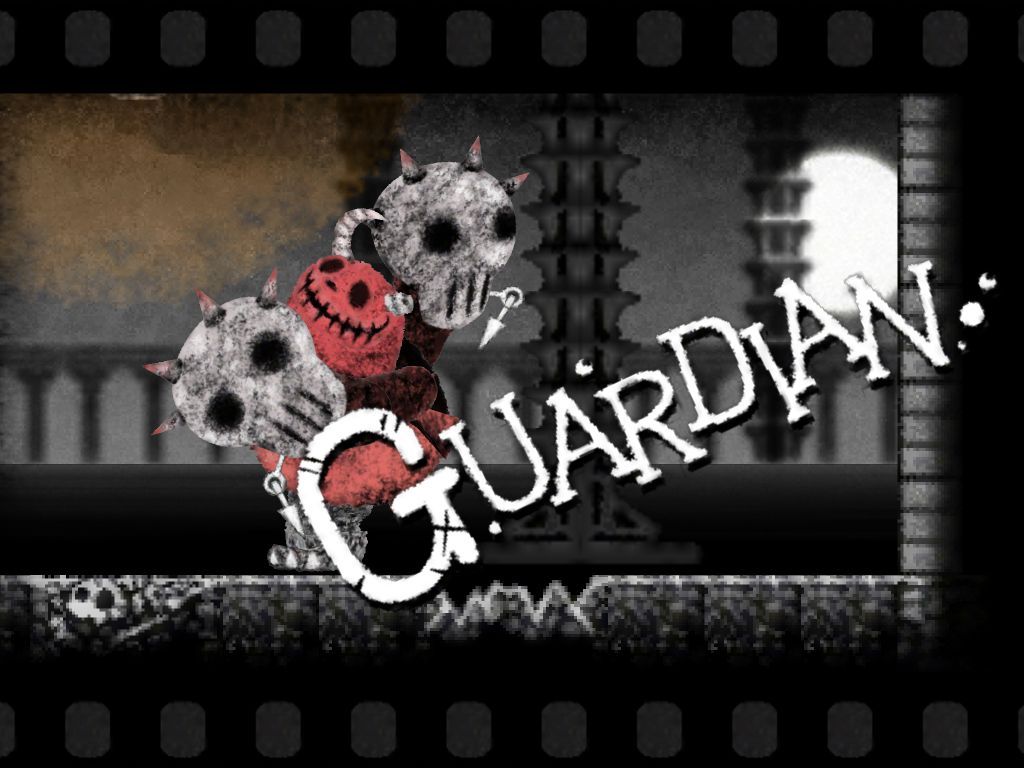 A little too happy in his work if you ask me

Visuals and Audio
The game definitely features a unique visual style, the most obvious element of which is the overarching chalk style. As you  can probably infer, the world appears as if it was drawn with…well, chalk. This gives the characters a certain unsettling vibe, almost taking on a hollow quality. As if they are mere representations of the true characters. This concept is supported by the lack of detail given to character’s faces, robbing them of any intricate individuality beyond their basic role. Characters also move in an odd jittery fashion, which is, again, slightly unsettling. Combined with the film reel borders, the game seems to relish in the notion that this is indeed a story being told.

Whilst in Skeleton form, the world is very bleak. Black, grey, white. Not a very exciting place to be. However, when our heroes transforms into the gallant Prince, the world gains a newfound vibrance. Red, blue, green…still an evil castle, but the colour certainly spruces the place up. Colour also comes into play with the bell that increases your durability. When undamaged, the bell glows with a calm blue aura. As you take more damage however, you may will progress through yellow and wind up at red…red is bad. Try not to get hit again when you reach red…it won’t end well.

The sounds of Dokuro are very thematically relevant to the entire fairy tale genre. The use of pipes, flutes and other wind instruments expresses a certain whimsical nature, giving the game a quirky charm. The soundtrack also includes the rarely utilised accordion to support the strange visual elements. The instrument serves to add an European flair to the game, relating to the castle setting and general time period of classic Princess stories. Standard sound effects also serve to complete the audio experience, such as the clattering of bones, or the scraping of crates as you search for the answer to yet another puzzle. 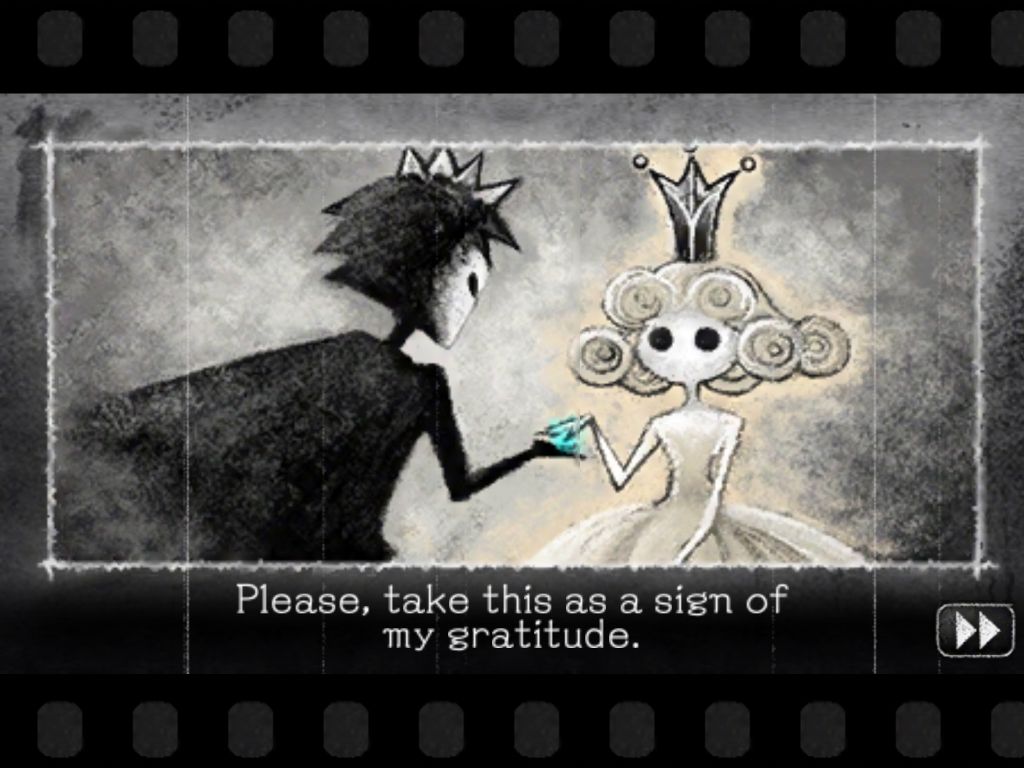 What a hauntingly beautiful moment

Overall
Dokuro is a quirky puzzler with a visual style that you’ll definitely remember. The puzzles aren’t incredibly difficult although some may require you to restart…if you make a mistake that is. Or if the Princess decides to not stop walking into danger. But even if that happens, the penalty isn’t too harsh. Collectibles take the form of a single coin per level, so as to not overburden you with tasks. Which is nice. All in all, Dokuro is a quick fire game that will challenge you fight wisely and think quickly. Protect the Princess. Kill the baddies. Escape. Help the little Skeleton who could save his damsel and become the Hero he longs to be.