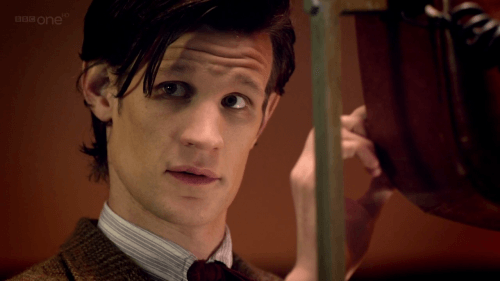 The Curse of the Black Spot

The Curse of the Black Spot is the third episode in the 6th series of the resurrected season of Doctor Who. The episode takes place on a pirate ship that’s stuck out at sea and is haunted by a deadly sea-siren. It’s up to the Doctor and a crew of pirates to solve the mystery behind the siren and the black spot. 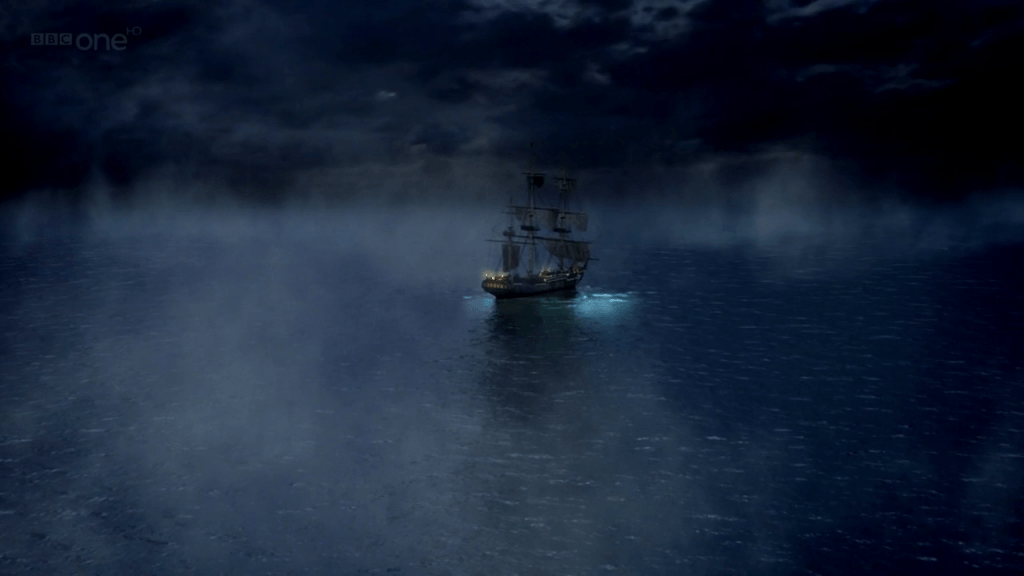 The plot of this episode involves a pirate ship, it’s crew, a sea-siren and a black spot… or rather, many black-spots.

The TARDIS crew land aboard a mysterious pirate ship out at sea and quickly find themselves at the mercy of the ships captain. Though, he isn’t really all that merciful at all, it isn’t until one of the crew gets gashed that he starts to back down to be more lenient with The Doctor and his companions. You see, this is also where we find out the main danger in this episode, which is a black spot that appears on any wounded persons hand. I would also like to point out that it is in a similar position to where the transmitter-communications device thing that The Doctor installed into everyones hands in the last episode.

The main villain is, of course, a sexy sea-siren who uses the spot to mark her victims before taking them into the netherworld. Of course, there is a major twist to do with the siren in this episode; and you should have worked it out, or at least had a decent theory made up, by the time Rory gets taken by her. 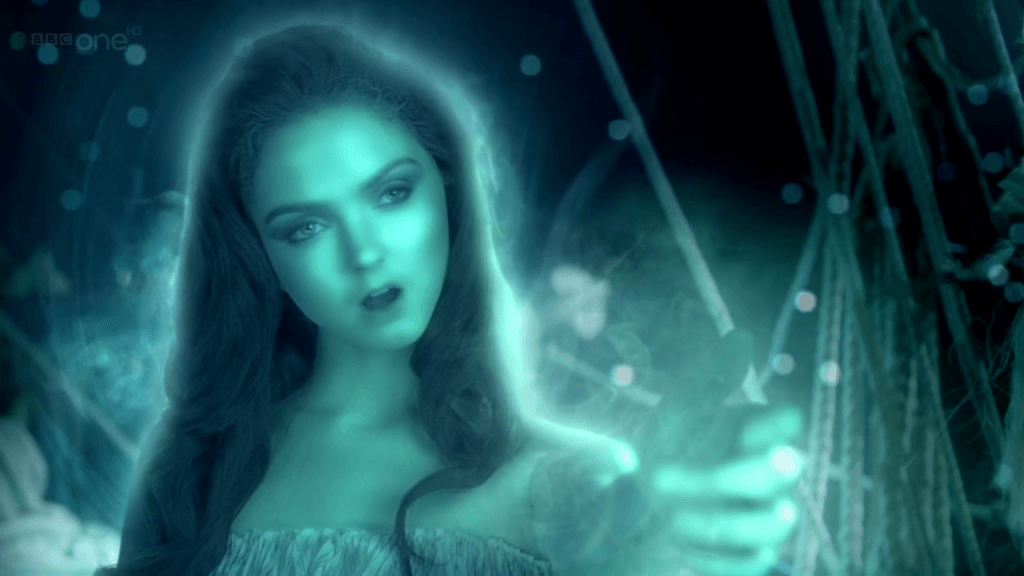 Take her hand, you know that you want to.

Personally what I liked about this episode, is that The Doctor always seems to be one step behind the monster until towards the end. Every time he thinks that he has it worked out, something else happens and he has to react to it, he can’t work it the cause until after something bad has happened; and this makes it great. Seeing The Doctor without all the answers is really awesome and I would really like to see this concept come about more often in this series.

Another interesting thing about the plot also involves Rory. He becomes, kind of almost dead and leaves it up to Amy to have him resuscitated, he does this in a pretty witty way by telling her to do it the way it’s shown on TV. And just like on TV, there’s a moment where it doesn’t seem like she has made it, but then when you least expect it; BOOM! He’s alive and it’s all incredibly dramatic.

The one thing that I really, really like though, is that the ending sets up that the pirate crew may be able to return in a future episode by giving them a spaceship. Maybe this will link into the season final? I don’t think it will personally, but it would be cool if it did. I should probably have mentioned somewhere that the siren was a medical program who was marking her patients and stuff. It’s all pretty cool like that.

The background audio as well as sound effects are all beautifully integrated in this episode, and this gives you an epic feeling of whats going on.

The background tones in this particular episode are mostly ominous as well as luminous. They create this feel of intrigue and mystery, especially with the sirens song. Even the more triumphant tracks in the episode keep this feeling and tone and this helps to keep with the general gloomy atmosphere of the episode. 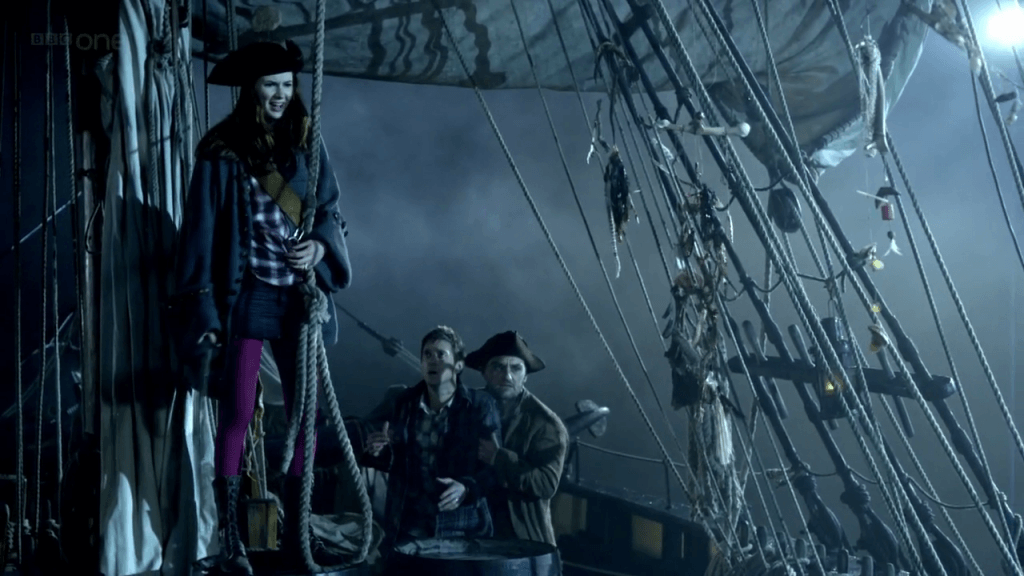 This episode probably has some of my favorite musical moments in the season so far, you can listen to it in the background while typing a review on it and get the perfect impression as to what’s happening in the story. This is incredibly great as it allows viewers to keep in tune with the episode should they need to leave the television for any reason. I mean, I can feel the startle from the background music, how awesome is that!

For some reason, I didn’t like the way the show opened; it just didn’t seem all that dramatic or believable. Like, right at the beginning of the episode, they had a perfect moment to cut into the intro with a perfect kind of cliff-hanger moment, but instead opted to have it much further in at an incredibly awkward moment. This almost completely removed me from the episode, but luckily, I was able to get back into it soon after the credits played.

This episode is full of unbelievable moments for me as well, like when Amy was engaging some of the pirates in a sword fight. They just didn’t seem menacing or blood-thirsty or even cutthroat enough to be pirates. I mean, sure they could have been too scared to engage, but it really didn’t feel like that at all. It was painfully obvious that Amy had no idea how to use the sword correctly and I’m pretty sure that at least one of the pirates would have had some idea on how to disarm a sword without causing much damage. 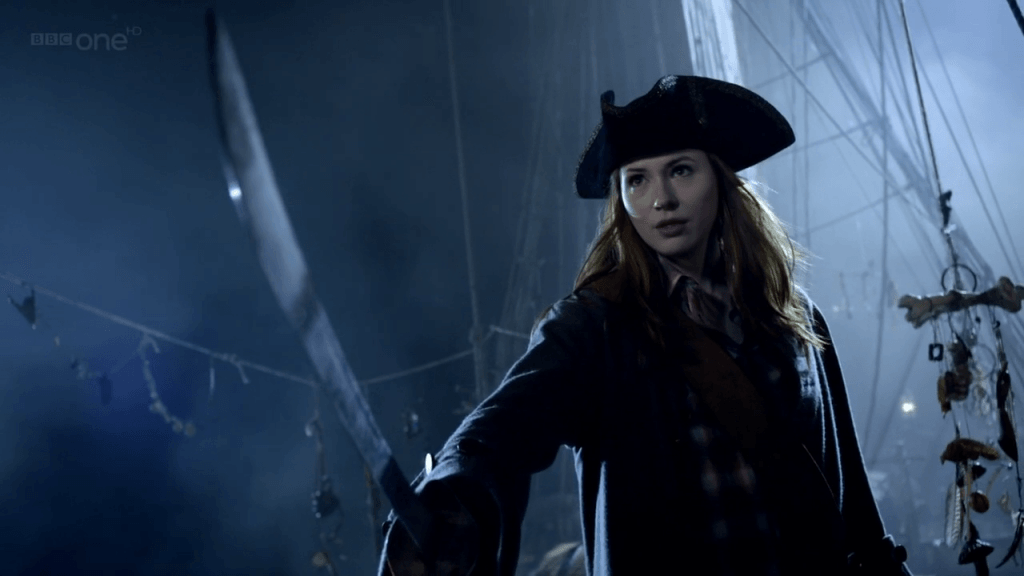 This will make a great wallpaper.

All the unbelievable moments in this story are in the beginning moments and the episode does steadily become more and more real once the pirates and The Doctor’s crew begin to work together to survive the wrath of the sea-siren. By the time you have reached the 30% mark, you’re completely drawn in and it becomes classic Doctor Who.

This episode of Doctor Who seems pretty weak when placed next to such a strong opening to the series. But! It is also an incredibly entertaining story and one that is full of mystery and all kinds of problems that need to be solved. The characters develop a little and we get to see a side to The Doctor that we rarely have ever seen, the side of him that is always one step behind and that is quite cool to experience. It’s an incredibly fun run and this episode certainly lends itself greatly to the series as a whole.

Considering the nature of the series we will not issuing a score, but rather a recommendation. There may be more reviews for this show in the future and possibly one when the series ends or the box-set is released.