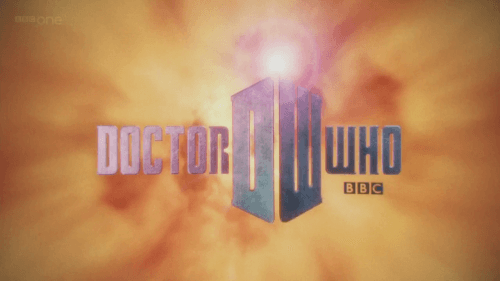 Doctor Who, one of (if not the most) longest running serialised television broadcasts on Earth so far, follows the adventures of an alien ‘Time Lord’ and his companions aboard the ‘TARDIS’ – Time And Relative Dimensions In Space’ (as revealed by his granddaughter, Susan Foreman, in the first ever story arc aired in 1963) – as they travel through time and space. Over the course of the series, The Doctor has travelled with many companions and battled many foes in order to keep himself, his companions and, sometimes, the entire universe safe from bad stuff that happens.

Series 6 of the revived series, the current Season of Doctor Who, has recently began airing over here in Australia. This series follows The Doctor’s 11th incarnation (played by the awesomely entertaining Matt Smith), as well as his companions – Amy Pond (the incredibly sexy Karen Gillian) and Rory Williams (a really awesome actor, well chosen for the role) – and his sometimes companion, River Song (Alex Kingston *drools*), as they work towards finding out about The Silence, what caused the cracks in time and space in the last series; as well as the origins of a particular little girl. This season is an almost direct continuation of the series just before it, Series 5.

The plot of these two episodes are wonderfully crafted and greatly add to the lore and drama of the series. The story introduces us physically to the much speculated monster, “The Silence”, as well as what could be a new recurring character in the form of a little girl. Basically, the first episode revolves around The Doctor and his team of Rory, Amy and River Song as they try and unravel the mystery of the little girl who keeps calling President Nixon. But, this being Doctor Who, the mystery easily deepens and the dangers escalate as things are not entirely as they initally seem. The main-plot doesn’t really begin until the middle section of the first episode, but it’s so well led into that it really doesn’t matter. 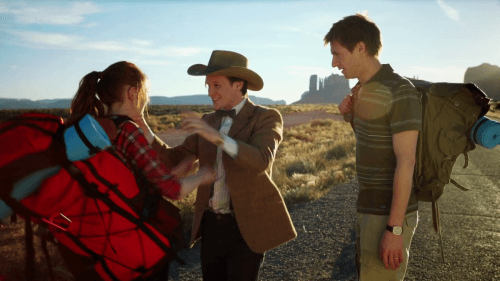 Pictured: Amy, The Doctor and Rory.

This two-parter brings us not only a very excellent story but also so much to speculate about. Just in case, SPOILERS! Now then, who killed The Doctor? Will there be a 12th incarnation? Who is the little girl? What happens to the Silence after Earth becomes a giant sleeper agent training facility? Who is the eye-patched woman, and what does she want? And what of the fluxing pregnancy? And lastly, what happened in those few months between episodes? Surely something significant? I’m hoping that all of these questions will be answered in some way in the future. I believe that this incredibly strong two-parter has introduced us to all these concepts so that we can have something to look forward throughout the series, I think that we will gradually get more and more and clues throughout the season as to the above questions, whether they are directly noticed by the main cast, or are hidden in the background for viewers to find on their own.

The monsters/ antagonists of this story are The Silence, and they’re a kind of alien that have been living on the planet for a long time, manipulating events to further their own agenda; like as The Doctor points out – “The Silence needed a space-suit, so they sent humanity to the moon.” Anyways, we first see a Silent towards the beginning of the story when the TARDIS team are all summoned to America by an unknown individual and all go out to have a picnic by a river/lake of some kind (sorry I don’t know much on American geography) and Amy spots one off in the distance. Their menace is further integrated into the story when Amy suddenly has to go to the bathroom and she meets another one of them, though this one was less friendly and electrocuted a woman to death. 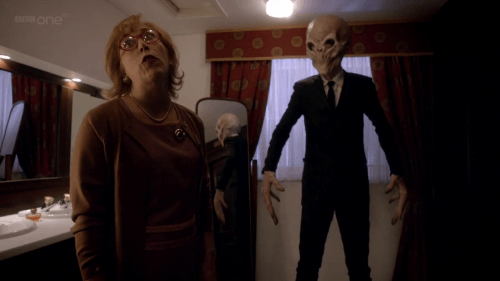 Fortunately, she had no idea.

They’re made to be more menacing and methodical when it’s revealed that they have a proto-TARDIS type device that was first introduced in series 5, and it’s here that they appear to have a kind of nest filled with Silents. They also have another nest in an orphanage that is the home to the little girl that is important in these episodes. It’s clear that the Silence are up to something involving both time-travel and children, but what? And what was the device they had Amy hooked to in the second part?

Regardless, the story had an amazing plot and it was so well executed that you never got bored and you always had something to postulate over. It also had some great character development and the characters were definitely tested to their maximum at various points in the episodes.

The stories audio quality was quite high throughout the story. I can’t think of a time where the characters were inaudible or the score interrupted the flow of the story. The one thing that I can think of that might be a negative is that The Silence were a little hard to hear sometimes, but I think that’s a part of their character, as opposed to the audio suffering. 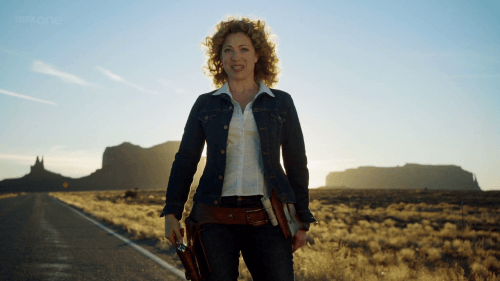 It’s really hard to comment on the background score, because Murray Gold does such an amazing job of integrating it with whats happening on the screen that it’s so hard to notice. It’s something you pick up on subliminally and it helps from a feeling as to whats happening on the screen. But it’s also so good that if you listen out for it, you notice how well crafted it is and that you can’t help but enjoy it.

The story begins with comedy, which has likely been used to make the audience engage with whats happening in the show much quicker than if it had started with this really dramatically placed moment. Though, by the time the story has switched into tragedy, you’re hooked into the story and are forced to believe that The Doctor may have just been killed before your eyes; likely indefinitely.

When you find out that The Doctor may not actually be dead, you’re just as mystified as the characters. You’re also able to empathise with them a great deal too. This is because of the build-up from earlier as well as because of the amazing score by Murray Gold, which is able to put you right in the moment with his excellent scores. 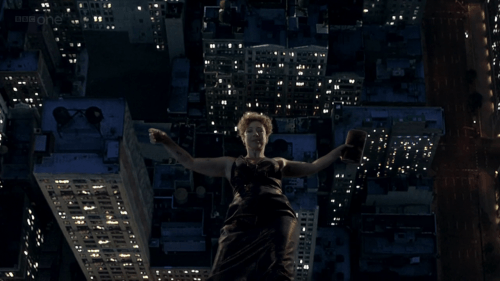 Doing it Ghost in the Shell style.

Heck, man, you’re not even phased that there are aliens running around the White House or that a little girl has to live in a spacesuit, a spacesuit that is very similar to one that does some murdering much earlier in the story. You can feel the sense of mystery in this story and yet it doesn’t repulse you from what’s happening, it’s as though you are one of the companions yourself and are experiencing what’s happening right alongside the rest of the crew.

The opening story for this series of Doctor Who is quite amazing. The pacing is done really well, there are so many mysteries waiting to be solved and the audio/soundtrack is amazing. The monsters have been established really well and look like they could be menacing our screens once again in the future. I for one certainly hope that they do, as it’s likely that they’ll bring along some answers posed in this story, answers that I am dying to find out.

This Doctor Who story is probably one of the best ones in the revived series and I hope that the quality of writing and acting continues in the future. I recommend this to everyone, and it should be purchased on release.

Considering this is only two episodes of an entire series, we will not issuing a score, but rather a recommendation. There may be more reviews for this show in the future and possibly one when the series ends or the box-set is released.