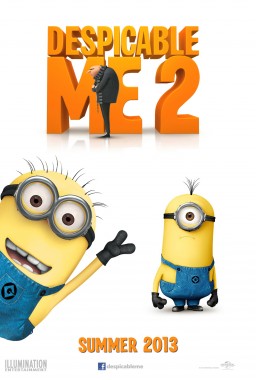 It has been three years since Despicable Me introduced a young audience everywhere to the middle-aged super-villain Gru, his three adopted daughters Margo, Edith, and Agnes, and his lovable yet hopeless Minions. The first film delighted and entertained fans of all ages, and when the sequel was announced, I know I personally couldn’t wait to buy a ticket, sit down, and watch the latest exploits of the Minions… Oh and the rest of the cast too!

Speaking of the cast, the voice acting in this film is phenomenal and really draws the audience in. One of Hollywood’s premier funnymen, Steve Carell reprises his role as Gru, and brings a lot of energy and emotion into the role, really becoming Gru. Joining Carell are other big names such as Miranda Cossgrove, Steve Coogan, Russel Brand, Kristen Wiig and Benjamin Bratt. 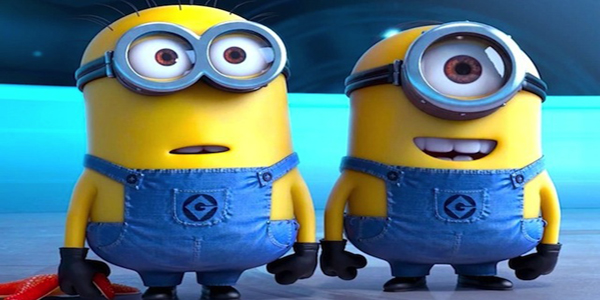 The story continues on a little while after the events of the first movie, and follows the exploits of Gru (Steve Carell), who since his heist of the moon has reformed his evil ways and retired from the super-villain lifestyle to raise his three adopted daughters Margo (Miranda Cossgrove), Edith (Dana Gaier), and Agnes (Elsie Fisher), and start his own business – making home made jams and jellies. Gru’s life is pretty normal; trying to avoid being set up on blind dates by his crazy neighbour, planning birthday parties and loving his girls. However his life is turned upside down when the Anti-Villain League recruits him to help track down an unknown super villain who has managed to steal an entire lab out of the Arctic Circle.

So Gru goes undercover, alongside a feisty A.V.L. Agent Lucy Wilde. Through the course of the film, Gru has to deal with his feelings for Lucy, finding the culprit of the Arctic Circle heist, and living through what is undoubtedly his most difficult moment as a father; the day his daughter starts dating.

Despicable Me 2 is a kids movie through and through. If you are expecting an intricate plot filled with twists, turns and an ending you would never see coming, then this isn’t the movie for you. Same goes if you are expecting a whole lot of subtle adult jokes that the kids in the audience wont understand until many years later. Instead the film sticks to its focus – a fun and entertaining kids movie, and it pulls this off to perfection. As a testament to its writing, during my session, even the most mature of audience members were laughing themselves silly when the head of the A.V.L. introduced his name as Silus Ramsbottom, and one of the Minions pointed and chuckled “he he he bottom.” 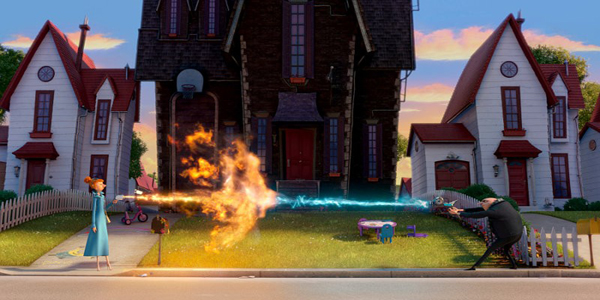 Even though Gru is the lead, it really is the Minions who steal the show. Being as they don’t have any discernible language, the humor that can arise from them and their situations is nearly endless. Despicable Me grew in popularity with fans young and old due to these little guys and it is easy to see why. Illumination Entertainment created the perfect comic relief – characters who can perform slapstick comedy, hearing and sight gags all without saying a single word. In Despicable Me 2, they play a more active role than in the previous film, and they really do cause some of the movie’s biggest laughs.

The end of the film wraps up everything nicely so that everyone can leave feeling all warm inside and with a smile on their faces. The plot and as such its conclusion might be a little cliché, especially if you are older than a toddler and have grown up watching kids movies, but it is still an enjoyable experience and one that will have you laughing like you were 8 again (he he he bottom). 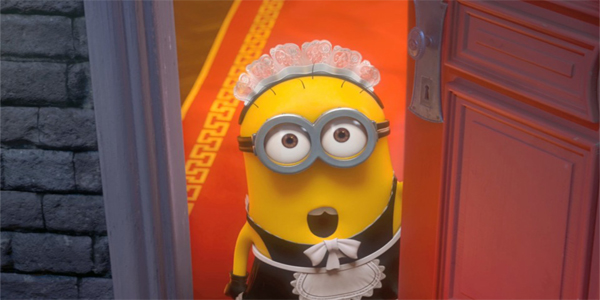 Simply put, the movie looks outstanding. Illumination and Universal really pulled out all the stops in making this animated feature’s look feel as fun as its writing. The art style is unique onto itself, giving individuality and something special to every aspect, be it the characters or the settings. There is a lot of colour in the movie and it all stand out very vibrantly so as to engage the younger members of the audience. The vibrance and shine of it all works well in the film’s favour and adds to the sense of fun and excitement that you expect.

The Characters in Despicable Me 2 all look unique, even the most mundane of background extras. In fact, Characters are so distinct that even just seeing their silhouettes will let you guess who they are. Many of the Minions even have slight differences between them, from the slightest height difference, to the amount of strands of hair they have. The detail in character design really shines through. 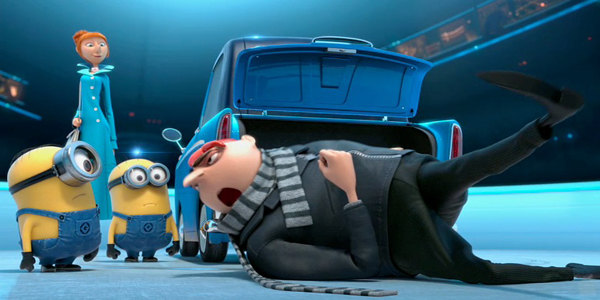 While everything pops and shines and leaps off the screen on its own, it is definitely helped by the film’s 3d. Although you can see the movie and enjoy it perfectly well in 2d, it is easy to see that this really was a movie made to be watched in 3d. Illumination have mode many wonderful scenes where things look like they are exploding out of the screen, or characters are reaching out. It really helps immerse people into the movie and you can tell that serious time and care has gone into the effects instead of it just being added in as an afterthought.

The Audio in Despicable Me 2 is as fantastic as the visuals. The voice cast do an outstanding job of bringing life and energy to the characters, complete with a wide range of emotions. None of the performances sound stale, and you can feel that the actors were completely enjoying themselves while filming. A special shout-out should go to Benjamin Bratt, who only stepped in to the recording booth in May after Al Pachino left the project. Bratt’s performance like the others feels fun and energetic, which is especially notable due to how little time he had to prepare.

It isn’t just the actors that make the movie great to listen to, the soundtrack composed by Pharrel Williams, who brings his all to the soundtrack and gives the movie a life of its own. It retains some similar themes and tunes from the first movie but those are few and far between with much of the film’s musical accompaniment being completely original. 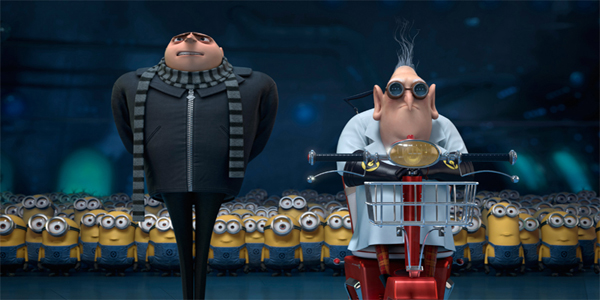 I know I have talked a lot about the Minions, but they get a special mention here too, as they have some of the funniest musical numbers in the entire film. Performing a completely gibberish version of the classical ballad, ‘I Swear’ then transitioning that into an up-beat rendition of Y.M.C.A. not only feels natural, but really sums up the entire feel of the movie.

Despicable Me 2 is a fun, colourful experience that is suitable for kids of all ages. It never takes itself too seriously and unless you have a heart of stone, you will be laughing along and enjoying the ride. There isn’t anything overly dramatic, and no real depth to the plot, so if you go in there expecting an emotional roller coaster like Toy Story 3, or one filled with subtle adult-themed jokes like Shrek then you will be disappointed. However, for those who are looking for a fun hour and a half, or something to entertain the kids, then I cannot recommend it highly enough.

Oh and just a heads up for everyone out there, the Minions are getting their own movie next year.