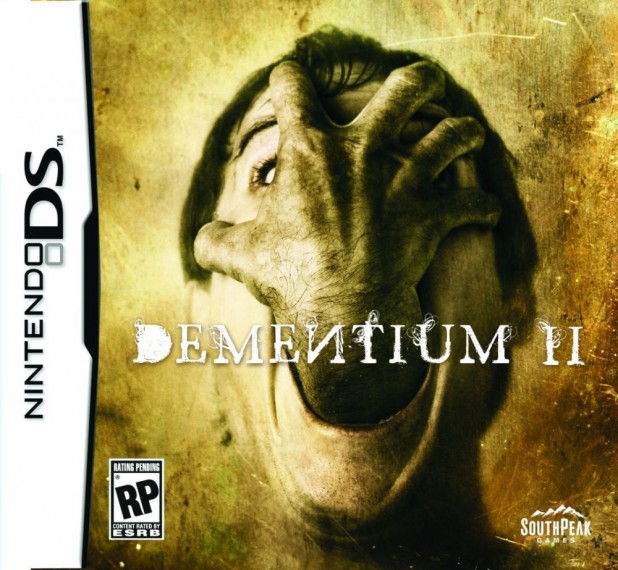 Story
Dementium 2 is the sequel to Renegade Kid’s Dementium: The Ward. It is a sequel but it doesn’t follow directly after the first game and has its own story and characters. You play as William Redmoor who receives a brain surgery from a crazy doctor. You wake up in a cell at Bright Dawn Treatment Center. Supposedly you went in to get fixed and better, but instead the doctor releases the darkness within your head. William faces demons and deal with signs that you may have murdered your wife and child as you attempt to escape.

The storytelling is done through a series of full motion videos and a bunch of scattered notes and letters. Many survival horror games use this method to reveal the story, and unless you have a problem with reading everything you come across it shouldn’t bother anyone. 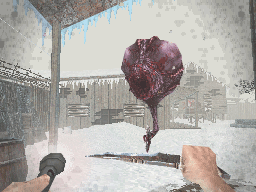 Gameplay
Dementium 2 is a first person shooter survival horror game. Early on you get your first weapon which is a shank and shortly after you will run into your first enemy which you will have to kill with the shank. Melee combat is extremely easy; each weapon has a series of attacks. The shank for instance has 2 small attacks and then a strong attack that knocks over the enemy. Other weapons, such as the sledgehammer, have a different number of attacks. Weapons don’t only help in combat; however, certain weapons like the sledgehammer can open up new routes.

There are guns present in the game as well, but due to a lack of ammo they are meant for emergencies only. Because the ammo is scarce, the game becomes more of a first person beat them up. There is a huge variety in weapons; all of them have different strength and weaknesses. The abundance in diversity lets you pick your combat style and enables for an easier fighting experience with no need to adjust to a forced fighting style.

Puzzles are abundant in Dementium 2. They consist of many different types, from finding a certain item or code to unlock the door, solving a riddle, or figuring out how to open something. The puzzles range from easy to difficult and can be pretty difficult depending on your skill level. They could’ve been harder, but they are a nice break from the continuous killing and exploring.

The changes in Dementium 2 are clear. Anyone coming from the first game into this sequel will notice them immediately and they are for the best. A map on the bottom screen lets you always know where you have been due to highlighted rooms. The weapon switching and Item using has become more streamlined. There is also no need to switch between flashlight and weapon anymore, because single handed weapons can have a flashlight out at the same time. Anyone coming from the first game will not be disappointed in this sequel. 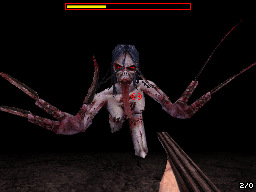 Audio & Graphics
The audio in Dementium 2 has some ups and downs. The soundtrack is haunting and adds to the mood of the game. The screams and moans of enemies also add to the mood. The problems in the audio lays in some muffled, hard to hear voice acting and the music that starts when an enemy starts to attack you. The muffled voice acting ruined some of the story, and caused me to strain to even try to understand what was being said. As for the music that starts when an enemy starts attacking, it ruined the fear in the game for me. Before I could even see the enemy the soundtrack changed and I knew someone was coming after me, I just had to look around and kill them before they could attack me.

The graphics are also very nice. The game runs smoothly and the textures are pristine. The lighting effects are also very nice. Shadow and light is used very well within the game. Early on you will get a flashlight that you can equip to see in the dark areas. The inability to see anywhere outside of the light beam increases the horror of the game. 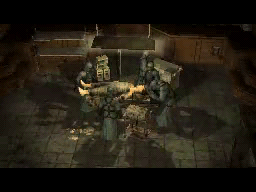 Overview
The FPS gameplay on the DS is a lot of fun, and Dementium 2 itself is tons of fun. The downfall is that the game is pretty short, and I mean really short for a retail DS game. The survival mode adds a bit, but the actual game can be beaten in a long sitting. Luckily, people who play their DS usually only play on trips so Dementium 2 will last those people quite a few car trips or one really long cross country trip. If you are into survival horror games then you will love every minute, and may even replay it on a harder difficulty. With an improved interface over the first, anyone coming from the first game will not be disappointed in this sequel.
I give Dementium 2