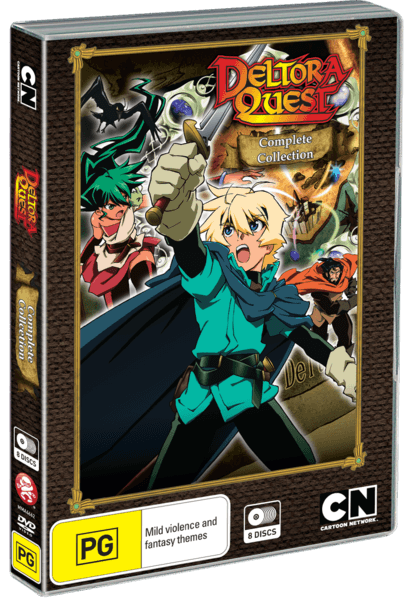 It is not too often that a Western literary work gets adapted into an anime series; Studio Ghibli is the only Japanese animation company to produce film adaptations of them on a regular basis. Emily Rodda’s fantasy novel series Deltora Quest received a 52-episode adaptation in 2006 by OLM, a company known for their work on the long-running anime series Pokémon. Following this, 13 original episodes were produced. Unfortunately, only the first 52 episodes were adapted into English, and only in a heavily edited form. Is this release worth picking up, or is it yet another addition to the long list of series that have been ruined by heavily edited English adaptations? 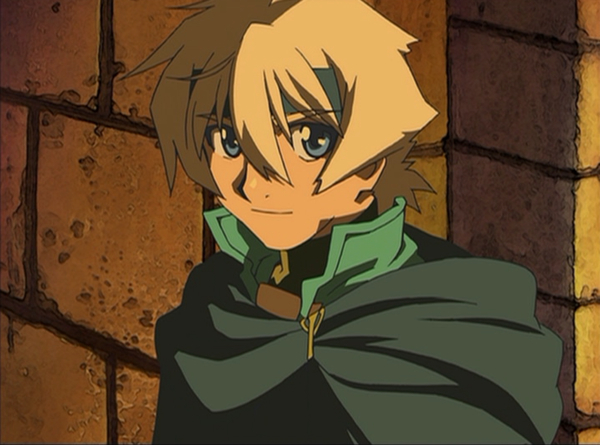 The Shadow Lord, who is reminiscent of Sauron from The Lord of the Rings, came from the Shadow Lands to take over the land of Deltora. Unable to protect the magical Belt of Deltora, King Endon and his wife Sharna escaped the palace of Del. The seven gems that belonged on the belt were scattered across the land by the Ak-Baba, ending up in the seven most dangerous places in the land. Now, Lief has decided to set out on a journey to find the seven gems of Deltora, each of which has a unique ability that affects whoever touches it. Joining him is Barda, a man who served as a guard in the palace of Del and lived with Lief’s family under the guise of a beggar. Unbeknownst to Lief, Barda has actually been protecting him throughout the first sixteen years of his life. The two head out towards the Forest of Silence, where the first gem is said to be. Their journey quickly grinds to a halt, however, as the two are captured and poisoned by the Wenn, who are intending on using them as a sacrifice to the Wennbar, a giant monster that will otherwise eat the Wenn instead. 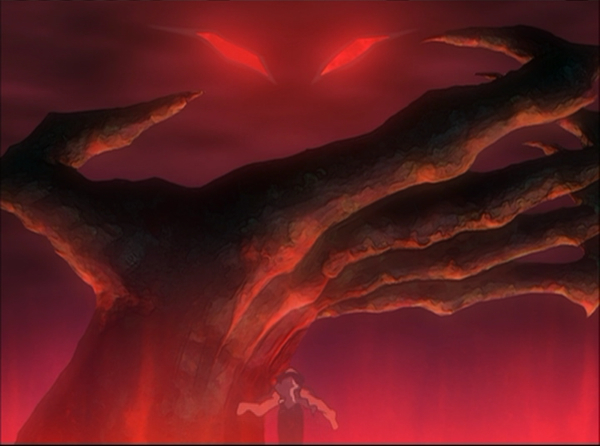 It is here that they meet Jasmine, who is to become their companion. Initially believing them to be the Shadow Lord’s Grey Guards, she does nothing to save them and steals Lief’s magical cloak. It is then revealed that she can talk to the trees, one of whom tells her that Lief and Barda are not her enemy. Once she saves them, they set out towards the Dark, the most evil place in the forest. This is where the first gem is said to be hidden. Lief attempts to defeat the Jalis guardian Gorl with Barda’s help, as the gem turns out to be located on Gorl’s sword. Jasmine, who did not follow them into the Dark, returns to save the day and defeat Gorl, whose body had actually decayed a long time ago. The three then set out towards the Lake of Tears, home of the evil sorceress Thaegan, on the next part of their quest to save their kingdom.

One thing that sets this apart from high-fantasy series is the way Thaegan casts spells; she always says her name at the end of casting a spell, one of thankfully few reminders that this series is in fact aimed at children. After Jasmine’s raven friend Kree manages to kill Thaegan, she is brought back to life and later attempts to stop Lief and friends from continuing on their journey again. Thaegan’s many children trap them on multiple occasions, but Lief, Barda and Jasmine, along with the help of the gems and the unique citizens of Del, always think of a solution to every problem, including the many difficult riddles they must solve on their journey. 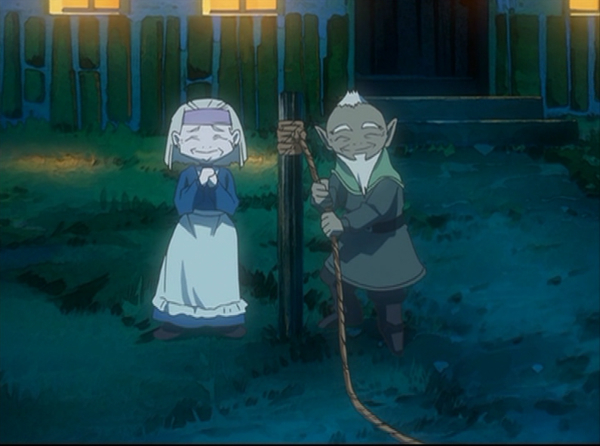 This series is not simply about defeating the enemies and locating the seven gems; it is about the people of Del. It is about helping every person they come across, including Manus, one of the Ralad people, and Prin, one of the Kin. They help those that need it, as well as those that have been turned evil by the Shadow Lord and his minions. These people in turn help out Lief and his friends in whatever way they can, and Lief eventually earns the support of what seems like just about everyone in all of Deltora. One thing that Emily Rodda was not afraid of doing was throwing in plenty of plot twists; characters are not always who they initially seem to be or even what they seem to be, which makes watching the series a second time just as enjoyable as watching it for the first time. 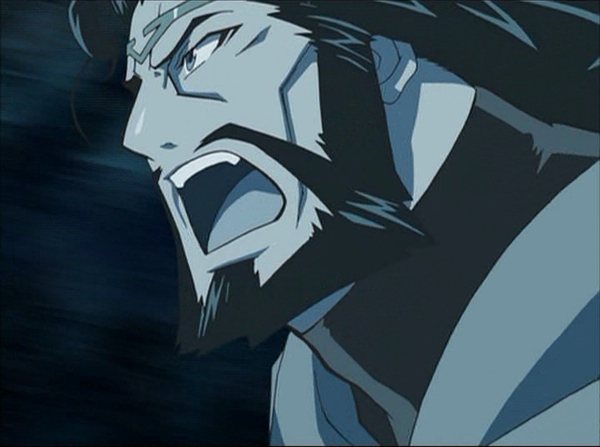 The animation in this series is high quality, as expected from OLM. Many monsters are animated using 3DCG technology while the majority of animation is 2D, and the end result is a surprisingly effective blend of different styles that never detracts from the quality of the visuals. The character designs are also well-drawn; each of the main characters has a unique look. However, the background characters often look like the typical background characters you will find in any fantasy anime; this is particularly noticeable in the first episode. It has been said that the character designs do not strictly adhere to the descriptions provided in the original novels, but this does not harm the quality of the adaptation. It is difficult to say whether or not the eye-catches are exclusive to the English version or if they were present in the original Japanese version too, but it is nice to see them included nonetheless, as they are not commonly present/kept in English adaptations of anime. One thing that may bother some viewers is that episode 29 is mainly a clipshow. This episode does feature some new scenes, but the sheer amount of flashbacks to events earlier in the series suggests that there were some production issues with this episode. 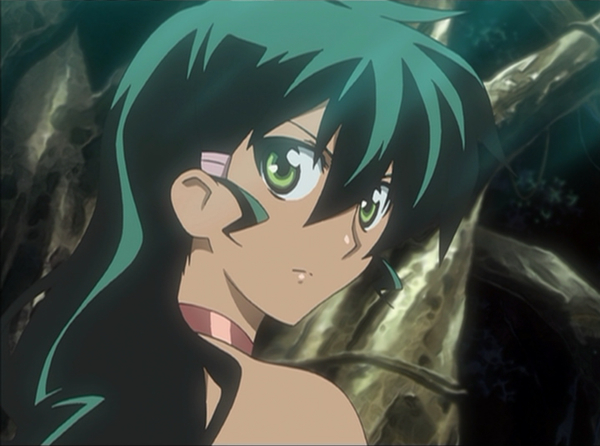 Given that the adaptation is based on a series of books aimed at children, the violence is as minimal as is possible, and there is no fan-service or sexualisation present whatsoever. The end result is that this is one of very few anime series to be free of the problems that plague the majority of modern anime. It should be noted that some of the violence may disturb younger viewers; the Grey Guards explode into a puff of dirty-looking smoke upon being struck by a sword, leaving only their uniforms behind.

The audio is a mixed-bag with this release. That Madman did not or was not able to license the original Japanese version will undoubtedly cause many people to avoid this release, and even fans who prefer English dubs will likely have some issues with the with it. The voice acting is weak in the beginning, for the most part; only the antagonists having convincing voices in the first few episodes. It takes some time for the voice actors, particularly Lief’s voice actor Cole Howard and Barda’s voice actor Tom Edwards, to get into their roles. Once this does happen, the voice acting remains consistent and convincing throughout the series. The script writing is reasonably good for an edited adaptation; it is likely that some changes were made to the script to deal with the riddles, but the dialogue is much better than the ’90 slang-filled dialogue people expected from 4Kids and expect from current anime adapters such as The Pokémon Company International.

The music is not as bad as it could have been. The majority of it fits quite well and is nice to listen too, but it is obvious that it does not belong in anime. There are moments of silence, marking another difference between this adaptation and other edited anime adaptations, but there are still occasions where several average-sounding pieces of music will play in direct succession for no good reason. 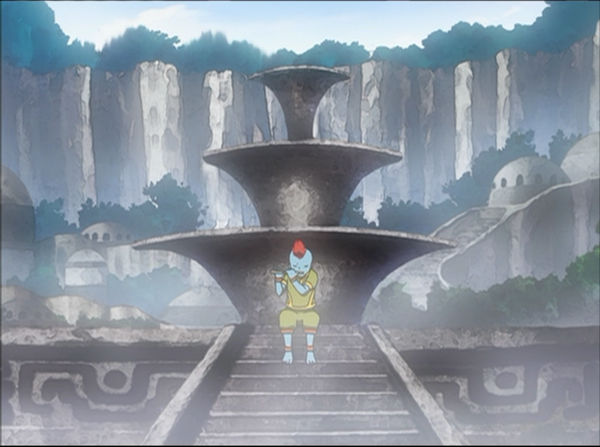 There are no extras present in this release, and this box-set is simply a basic repackaging of the previous releases. The discs are exactly the same as the discs included in the four collections. There is also a spelling error on the side of the box-set; the word ‘collection’ being spelled ‘collcetion’. Hopefully this error will be fixed if the box-set gets reprinted.

Deltora Quest is a well-written fantasy series that is suitable for both children above a certain age and adults. It discusses important themes such as freedom and friendship and manages to be entertaining and emotional as well, without resorting to using any of the cheap tactics to entice viewers that most anime series use these days. Given that Madman’s release only includes the 52 episodes of the English adaptation and not the 65 episodes of the original Japanese version, whether or not you decide to buy this release will depend on how you feel about edits being made to anime. If you cannot stand the idea of anime being edited from its original version, steer clear of this release. If you do not mind edited anime, or are a fan of the original Australian novels, then consider picking up this release. Despite the edits, it is an great addition to the fantasy genre.