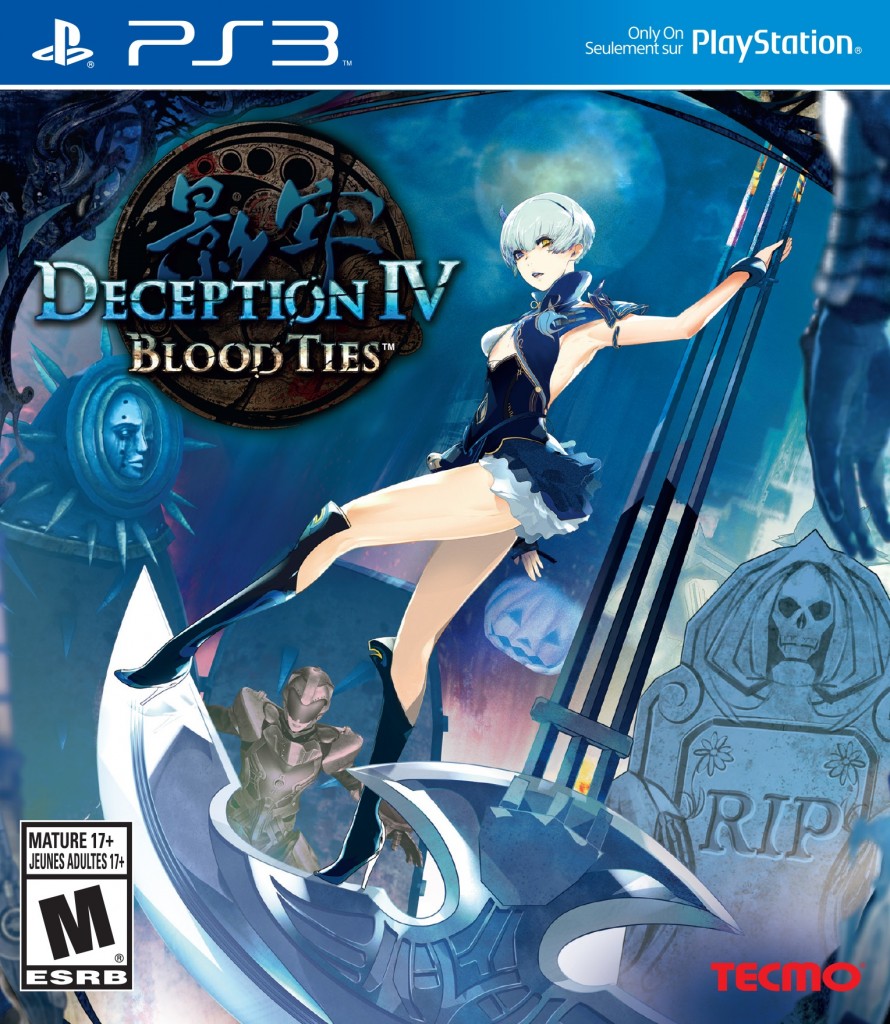 Overview
Exploring a dungeon and getting nailed by a trap that you didn’t see is a bane of any adventurer and can often eat away at a player’s limited supply of healing items. However what if you were the one actually placing these traps down and using them on your enemies? Well a certain game series called Deception focused entirely around this concept, but it has spent over ten years in the dark with only a spin-off hitting stores in the last decade. Now, fourteen years after the last game was released, has the wait for Deception IV: Blood Ties paid off?

Story
In a bit of a twist to your standard fantasy tale, in Deception IV: Blood Ties players take control not of a hero trying to thwart off attackers or keep themselves safe, but of a villain. The main character in this game is Laegrinna, the daughter of the devil, and she is assisted by three daemons who used to work with her father but now are helping her complete their goal. 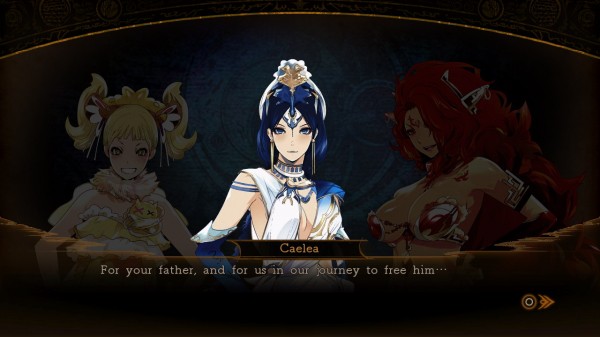 You see, when the devil was imprisoned thousands of years ago, twelve warriors were able to seal him away using Holy Verses. After so much time has passed, these verses have been separated into twelve different pieces and spread to their descendants. Through spreading rumors about a witch occupying an old castle, Laegrinna is able to lure potential heroes to their doom hoping to track down the holders of the verses and try to resurrect her father.

There isn’t a whole lot of set-up for the story in Deception IV: Blood Ties, as players are tossed into the story and given the brief introduction then and there. As they make their way through the story mode they will be introduced to a number of characters that are trying to put a stop to Laegrinna’s plans, a number of which actually appear even eviler than the devil himself. 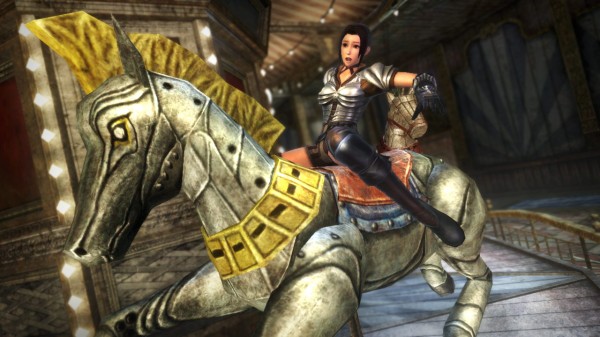 It is also humorous to note that almost every opponent that Laegrinna has to face off against, from bosses to lost civilians, often have a humorous backstory of some sort that fits their brief intro and death dialogue.

Gameplay
Now the Decepton series has never been a game about fighting head-on, instead it is all about laying traps for your opponents. This remains the case in Deception IV where players are able to choose three different traps of the floor, ceiling, and wall variety to bring with them into every stage and each of these traps have a different category that matches a daemon assisting Laegrinna. 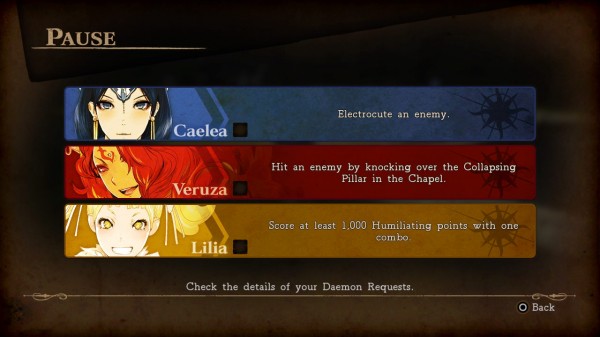 Caelea is the daemon of elaborate torture and all elaborate traps are highlighted blue to match her theme, and the same can be said for the other two daemons, with Veruza being the sadistic torture daemon and Lilia being the daemon of humiliating torture. These daemons have various requests, seen as little side-challenges, that can be completed during a stage for a boost in a certain categories experience that allows for more traps to be unlocked.

Now speaking about the traps, players must defeat their enemies using the traps at their disposal by laying out complex traps in a room using a grid-based structure to plan everything out. There are a ridiculous amount of traps at your disposal, with many of the traps being rather ridiculous themselves, allowing for almost every kind of combination imaginable. 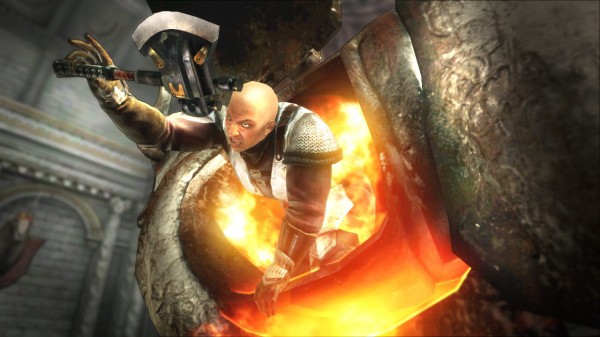 It is worth noting that while you lay out your traps and change their positions, the game is paused which is necessary considering the only to hit enemies with your traps is to lure them into position and activate the traps yourself. Now this might sound easy at first, it is far more complex than that appears since many of the enemies that try to kill Laegrinna have special abilities themselves. There are enemies that can be completely immune to certain types of weapons or are capable of long range attacking meaning they won’t be as easy to lure into your traps.

While learning what enemies are immune to what is fairly simple, it still will constantly keep the player on their toes as they come up with various trap combinations to unleash on their enemies.  Players also can equip two skills to Laegrinna at any time, allowing her to dodge attacks, heal herself, gain the ability to use an extra trap, and many other things. It is worth noting that there is an “Auto-Dodge” skill that can be used to avoid all incoming danger, but this not only takes away from the tension of dealing with numerous deadly opponents at any given time but also cuts the amount of money, used to unlock more traps, skills, and costumes, earned in any mission in half. 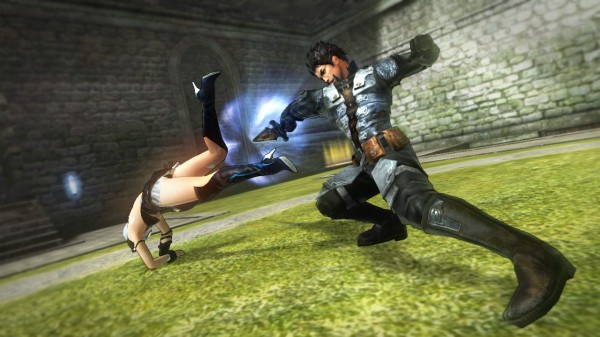 Outside of the traps you already have at your disposal, there are four areas in the game that players will be transferred to as they progress in the game’s story mode. Each of these areas are split up into various rooms and each one contains extra environmental traps that can be worked into your own trap configurations to create a sequence of events so diabolic or sinister that you might almost feel bad about the things you are doing to these people. Almost.

Outside of the game’s story mode there are additional modes as well, such as free battle which allows players to choose what enemies they want to face off against in what arena, allowing players to master their traps, a necessity considering how some traps are very finicky with the way they work. Some traps can only hit enemies standing or have a very small hit radius, meaning a small delay or deviation in an enemy’s flight path can mean a trap could miss and ruin an intricately designed work of destructive art. 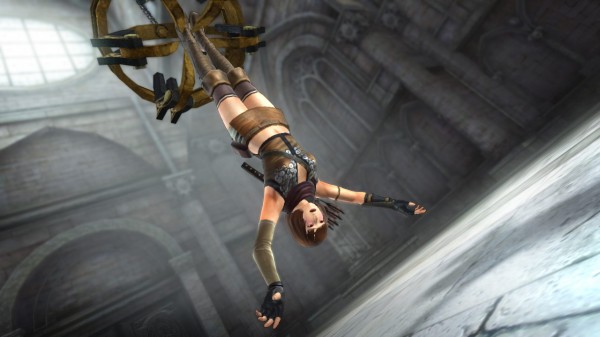 There are also various challenge missions that give the player set goals to accomplish within a time limit which adds some replayability but feels constrictive considering how open everything else in the game feels. Finally there is a creation mode that allows players to create their own objectives and select various enemies to face off against and place their creation online, allowing others to play it and along those same lines players can download other user created missions.

Visuals & Audio
Now it is worth noting that Deception IV: Blood Ties is not an extravagant looking game by any means, but it does have it where it counts. The traps at the player’s disposal are varied greatly and they all look great while each area is teeming with little secrets to find and throw your attackers into. That being said, while the appearances of the enemies attacking you is varied well enough you will quickly begin to run into enemies that look similar to one another, though something can certainly be said about the neat armor breaking feature.

The story in Deception IV: Blood Ties is told in a bit of a visual novel style set-up with Laegrinna and the daemons having their own character portraits and special NPCs having detailed portraits as well. These character portraits are nice looking but don’t have much in the way of variety, especially Laegrinna, meaning that a lot of the dialogue sequences consist of the same portraits every time. 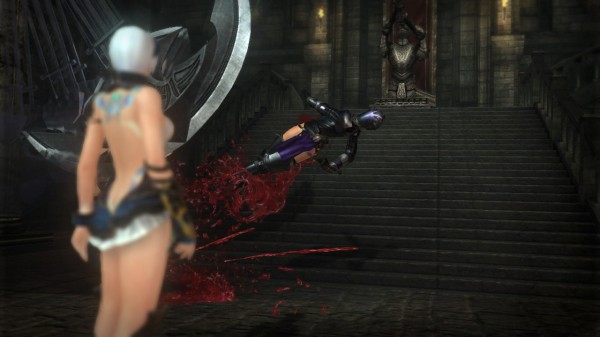 Now it is worth noting that Tecmo Koei chose not to provide an English voice track for Deception IV: Blood Ties which means that the entire game is spoken in Japanese with English subtitles, but that works great for a game such as this where the Japanese voice actors do their jobs just fine and trying to create a suitable English dub for a game with such an odd premise probably would have sounded awful. It also helps that the voice acting for the three daemons, which do most of the talking in the game, fits their personalities perfectly.

Overall
Deception IV: Blood Ties is the type of game you don’t see much anymore and that is a real shame because it is so different than most of what is out on the market today. The story and premise that places players into the game is satisfying and the game itself is nicely polished with a wide arrange of traps to use and tons of things to unlock, though it can be frustrating at times when things go wrong. Deception IV: Blood Ties makes a successful return after such a long time in the shadows and definitely deserves some time in the spotlight.