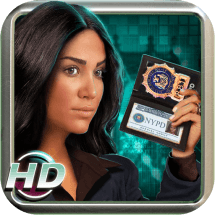 Seems like every crime show leans heavily on modern forensics work today, thanks to the hit CBS show CSI. Microids brings the forensic experience to the iPad with their latest hidden object game Deadly Association. Players will put their puzzling skills to the test to solve a series of murders.

Deadly Association kicks off with a murdered woman. Nancy Boyle is found half naked at her home and police inspectors Chloe Cunningham and Paul Baxter are assigned to solve the case. Quickly, the bodies of Nancy Boyle’s associates begin piling up and the signs point to one of their colleagues. The plot line for Deadly Association is actually rather interesting with a good twist. It is great to see a well thought out story in a hidden object type game. Deadly Association’s story will keep players going til the very end. 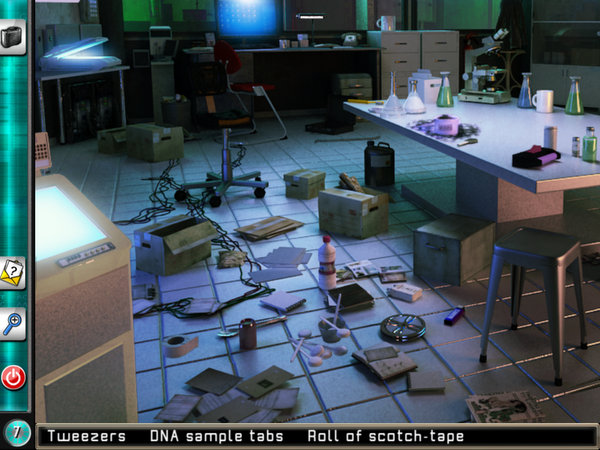 When I read the description for Deadly Association, I honestly expected a forensic adventure game in the vein of the CSI games. I was actually quite surprised to instead find a hidden adventure game. Deadly Association would be a decent hidden adventure game as it utilizes the forensic theme to great success. The only catch is the fact the game is rather poorly translated. Often times, objects were not hidden to the point of being impossible to find, but rather the wrong English word was used for the item. For example the word “folder” was used for a binder and a “hoe” was used for a hand rake or fork. This leads me to believe that this game was not translated by a native English speaker. Usually this would not be a problem for games, but considering the nature of hidden object games, this makes Deadly Association unnecessarily difficult.

The controls were well executed in Deadly Association. Considering often times objects in these types of games are extremely small, I especially appreciated the little dot that appeared on the screen to signal where my tap landed. I did not like the levels that required players to tilt the device to see certain corners of the scenery. On a bus or those who suffer from essential tremors like I do will find this to be extremely annoying. These scenes often ended up constantly swaying and making picking out small items more difficult. 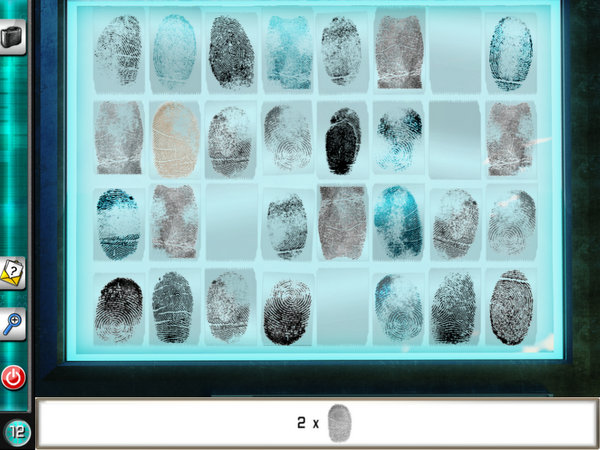 Some points of the game seemed a little pointless. There were plenty of times I found myself clearing out smoke, steam, even sun rays so I could get a clear view of my searching area. This seemed completely unnecessary and was only put in to artificially lengthen the game. On the flip side, the forensic puzzles were an enjoyable break from the hidden object game play. It was pretty obvious that the game developers took many cues from popular forensic crime shows when developing the puzzles.

Deadly Association is a visually appealing game. Microids skilfully mixed real life photos of models and art for a seamless look. I personally am not 100 percent sure if the character games were photographs of actors or a really impressive piece of art. However, I really do wish there were more of them. It seems that the same images of the characters are rehashed over and over. Even the main character Chloe Cunningham’s image is the same throughout the whole game for the exception of a few scenes where her usual serious expression is replaced with a broad grin. 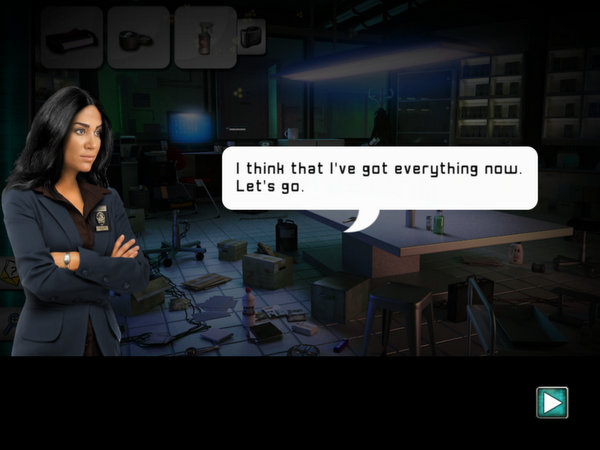 The hidden objects are well hidden in the game. They do not look obviously different, although the scenery is often extremely messy. There are many a scientists who will look at the state of disorganization in the lab and feel a small part of their soul die.

The audio for Deadly Association is decent. The music is tense and fits the theme of the game perfectly. There is enough variety in the music to not get sick of the soundtrack; however the sound effects are a tad slim. Although there is nothing in the game’s audio that will make players feel the need to mute the sound, there is really nothing to encourage players to listen to the game’s audio either. 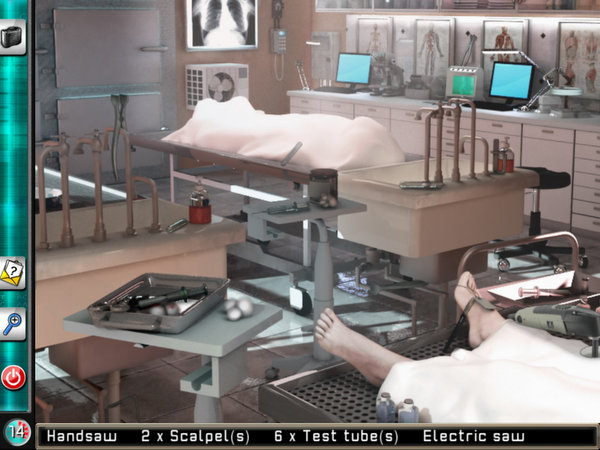 For $2.99, I struggle to recommend Deadly Association. I was able to beat the game in two hours flat. Although the game play is better than the average run of the mill hidden object game, there is enough problems with the translations of items to severely hinder the game play. The replay value of Deadly Association is nearly non-existent unless players feel the absolute urge to beat their previous time. Although the story is the strongest part of Deadly Association, the game struggles with painfully average audio. Visually, the game is impressive, but at the same time, needs a lot more visual variety for the characters. I feel that the game would be more fairly priced at $0.99, yet there are plenty of games on the App Store that will provide more hours of game time for the price. Those who are hidden object junkies or crime game fanatics will enjoy Deadly Association. For the rest, there are better places to spend $2.99.