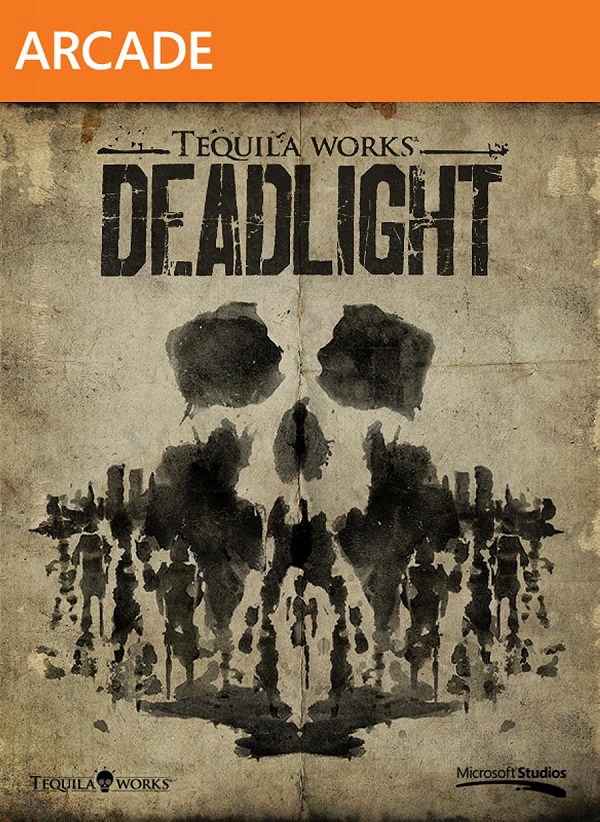 Overview:
Games with a zombie apocalypse of some sort have become quite popular over the past few years, where seeing a zombie-based game released every other month isn’t surprising. As such, many people have slowly begun growing tired of the zombie genre as a whole. However what happens when you take a zombie apocalypse and combine it with a different gameplay style to create something fresh?

That is what Tequila Works has promised with their XBLA release Deadlight. Being a side-scrolling puzzle-platformer based off a zombie apocalypse, does it offer a fresh experience worth trying out or one that may be better off forgotten?

Story:
Our zombie apocalypse, or shall we say “Shadow” apocalypse as the undead are called in this game, has occurred a few months in the past by the time players jump into the role of Randall Wayne. Now Randall’s daughter and wife had been staying in Seattle at the time of the zombie outbreak while he himself was in Canada. As such he has slowly made his way across the Shadow filled land to try and find them.

Randall has met up with a group of survivors who have told him about a supposed safe zone somewhere in the city of Seattle. With hope in his heart Randall begins his journey through Seattle, however this may be easier said than done as a large force of armed men seem more than willing to stop Randall, all while the Shadows attempt to eat him alive. 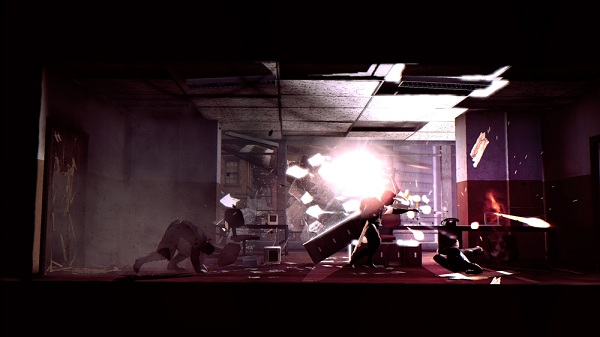 Now Deadlight’s storyline is more than a little unoriginal with focus around a man trying to find his family in an undead apocalypse. However it is told in a decent enough fashion throughout the earlier parts of the game with plenty of suspense tied in with dark and mysterious clues about the events occurring in Seattle. However these events slowly dwindle further and further into cliché territory, making the ending of the title not only completely expected, but ultimately irredeemable.

Interestingly enough, Randall does write a diary and a few tidbits about the events before the player steps into the shoes of Randall are hidden away here. It is worth noting though that a large bulk of these diary pages are collectibles that need to be found to be read, though once the player does find them all they are certainly worth a look through. However this does very little when you consider that, at the very best, Deadlight is a title that can be completed 100% within three hours.

Visuals & Audio:
Although Deadlight may be a short game, it is also an absolutely beautiful title with an exquisite amount of detail put into the game’s world. Although the title plays on a 2D plane only, the world is designed with a 3D background that often has a number of events occurring in the background, such as Shadows moving around or destruction.

To make things even creepier, the majority of the game features some extremely dark shadows with the player character often obscured by these shadows. This makes for some rather spooky moments as you navigate dark desolate areas and suddenly see the eyes of a Shadow appear in the background. 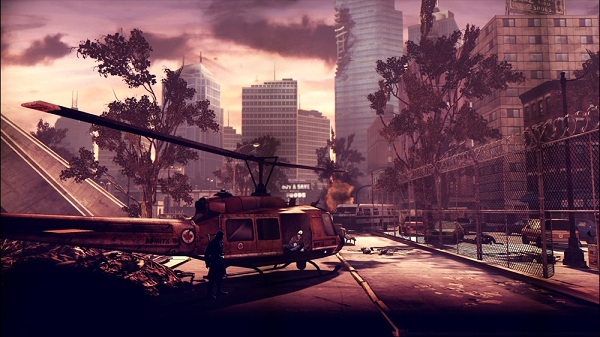 Deadlight also does a great job creating a suspenseful atmosphere with Shadows moaning in the background and the environment. Unfortunately the same cannot be said for the title’s limited voice acting, as Darrell Wayne’s voice actor does a rather emotionless job playing a character that has undergone many hardships and is struggling to find his family.

Gameplay:
As mentioned earlier, Deadlight does something different with the zombie apocalypse by creating a side-scrolling platformer with a few zombies mixed in. The game itself features three different Acts with the transitions between levels usually occurring rather flawlessly, only occasionally interrupted with a brief cutscene or loading screen.

While the genre for this zombie survival game is a breath of fresh air in what has quickly become an FPS-fest, there are a number of issues with the game itself. Interestingly enough, Randall is unable to swim in the slightest is unbelievable, especially given the simple reason given. This is made worse by the fact he can literally drown in water that he could poke his head out of if he stood up. 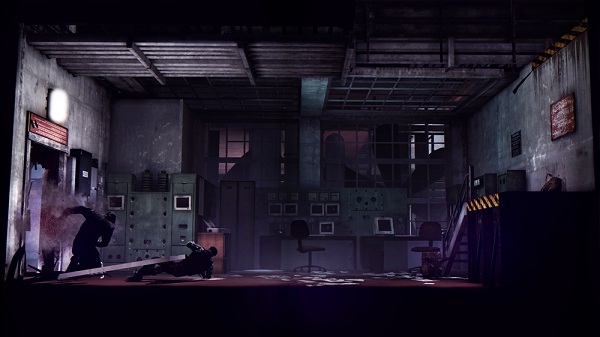 To survive the zombie apocalypse there are a number of weapons and tools you can acquire as the game progresses, though there are a number of times these weapons are either taken away, and even given back, with literally no explanation or reason, like Randall simply forgot he had a revolver in his trenchcoat. While Randall’s rather lackluster wielding of a fireman’s axe is believable, he is capable of readying a fire-arm with the speed of someone with arthritis.

Rather than creating a game full of suspense, this actually creates a slew of meaningless deaths that help pad out the game’s length, especially when there are multiple areas where “Shadows” will continually respawn out of nowhere. Later on in the game there are even a few enemies with firearms that are capable of putting Randall down with one shot, which makes his slow-drawing all the more tedious and memory based. 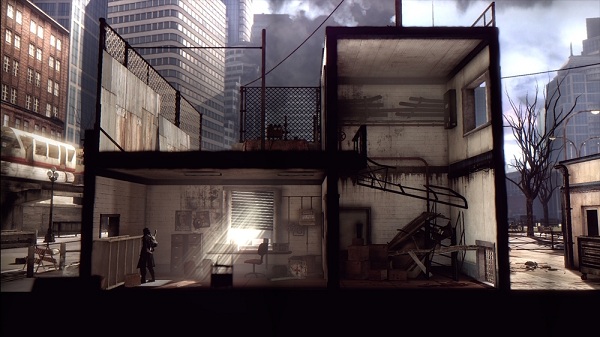 Thankfully, Deadlight’s platforming and running sections are slightly redeemable. There are a number of moments players will have to either run from and through a massive group of zombies, with a guaranteed death awaiting you if you happened to be caught. These moments are usually highly suspenseful and well done. Along those same lines, players will also have to jump from area to area under pressure as well which make for some of the most exciting segments of the game. Unfortunately this excitement slowly drains away after the first act of the game, replaced with dread and repetitive memory based trial and error jumping that prevents the title from becoming truly enjoyable.

It is also worth noting that the title is rife with bugs and a number of other glitches. One of the most alarming is the fact that the title will often give the player a “profile update error” stating that your save progress cannot be saved for a given reason. There is no real reason for concern as the game is still saving but it is an issue nonetheless. There are also a number of times that Randall will literally become stuck in the environment, either becoming completely immobile or able to move only a few steps in any direction before becoming re-stuck. 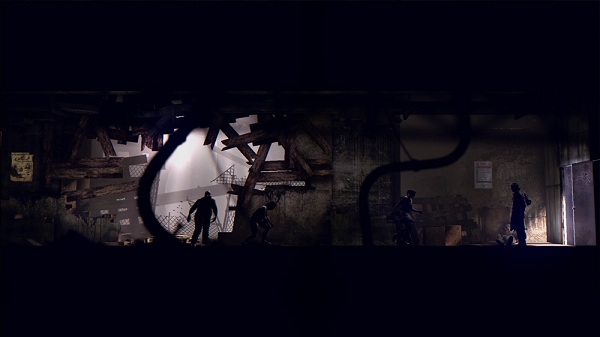 In fact, there was one small jumping puzzle which simply had me stumped for quite some time, however I was able to cause a glitch to occur, creating a movable crate that floated in the air, allowing me to easily make a jump that seemed absolutely impossible before, though likely it hinged upon the aforementioned pixel-perfect jumping.

Overall:
At the very start, Deadlight seemed like it had plenty going for it. Unfortunately, the further into the game the player gets the more issues will arise. In fact, nearly all the aforementioned bugs and issues started occurring past the midway point in the short title. With an artificial difficulty being the only thing padding out the title’s length and a simplistic storyline with only a few shining moments, Deadlight had moments of greatness which were far outweighed by the game’s lack of polish and price tag.