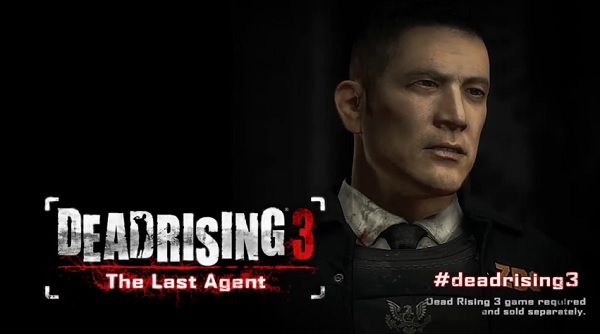 Overview
While people may have had high hopes for Dead Rising 3’s DLC, those hopes have been continuously dashed as each piece of DLC has been released. Only one, Fallen Angel, could even be deemed worthwhile and that one was followed up by the worst of the lot. So now that the final piece of DLC, The Last Agent, has been released, is there any hope in salvaging the game’s DLC record?

Story
As with the past three pieces of DLC for Dead Rising 3 The Last Agent is one of four Lost Chapters of Los Perdidos and this time around the story focuses on Brad Park who despite being a ZDC agent seems to have been in the dark for all of the issues that the ZDC ended up causing throughout the game. After he receives some Zombrex from Nick Ramos from the main story, we learn that Park’s zombrex chip has begun malfunctioning. 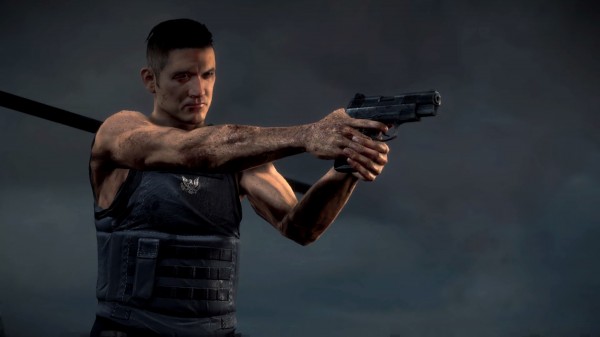 As such, Brad begins to investigate what is happening to him and the city and after meeting up with Cora at the hospital he begins to slowly unveil what has happened and learn of the truth himself, although players already actually know everything that has happened up until now. Brad is at least a little more likable than past characters and actually questions his role in life now that he has learned the dark nature of the ZDC, but the story of his character feels just as half-baked as the rest of this piece of DLC, though at least this one actually ties into the main story.

Gameplay
Now there have always been roadblocks placed in various locations in Los Perdidos which cause a player to either abandon their vehicle or take a different route. These weren’t much of an issue in the main game and although the other pieces of DLC added a few extra roadblocks here or there, they never were a problem. 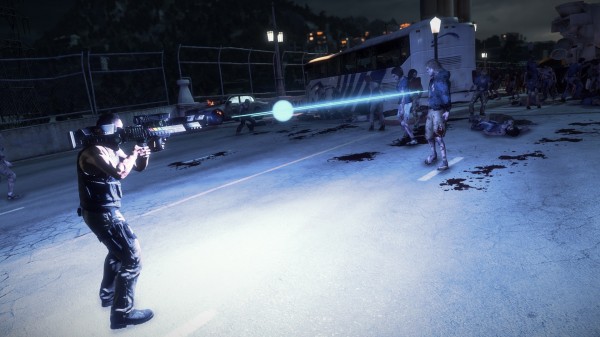 In The Last Agent however, it seems like the developers just wanted to try and add as much padding as possible to the DLC’s play time. There are giant blocks shown on the map and each of these blocks represent a large cement wall that has been erected that cannot be climbed over or driven around, making them huge stopping areas that force the player to funnel down the exact path that the game wants them to and usually forces them to go out of their way for at least an extra five or ten minutes simply to reach their destination.

This becomes an even bigger problem when you factor in how absolutely archaic and ridiculous the mission structure in The Last Agent is. While the past few pieces of DLC have been fairly basic in structure, this one is even worse. Players will constantly be driving around the map picking up various items and taking them elsewhere, waiting around for things to be completed, or escorting survivors. It is as bland as you can get for a game that should never be seen as boring. 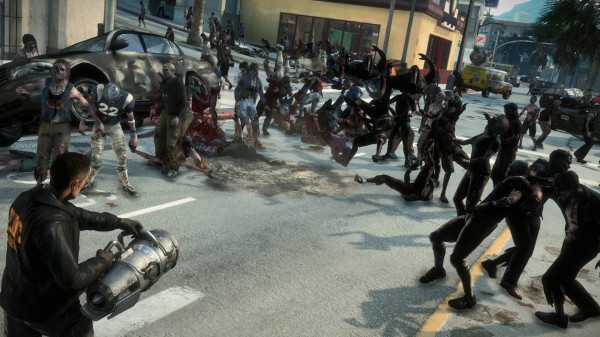 That being said, at least the weapons added in The Last Agent are at least halfway decent. Almost every weapon added in The Last Agent is a firearm of some sort minus a powerful piledriver like piece of construction equipment. Added into this DLC is a turbine which can send zombies flying everywhere like ragdolls and is also made into a combo weapon that creates an ice beam that, despite looking amazing, is incredibly weak.

Also added are a spitfire weapon that shoots explosive flame shots, a “pacifier” rifle that makes zombies heads explode as if a Queen was used, and a Railgun that looks absolutely incredible despite its low ammo count. As for the vehicle inclusion, players will find that the vehicle this time may look large and powerful; it is mostly slow and cumbersome and once again makes use of ice weaponry that is largely useless.

Visuals & Audio
It is good to say that The Last Agent actually features a few nice looking cutscenes which is actually a plus considering most of the other pieces of DLC were extremely basic looking. Park’s design is decent looking and most of the weapons are nicely designed. Unfortunately it seems that, for whatever reason, the game has seen a ridiculous increase in pop-in rates. 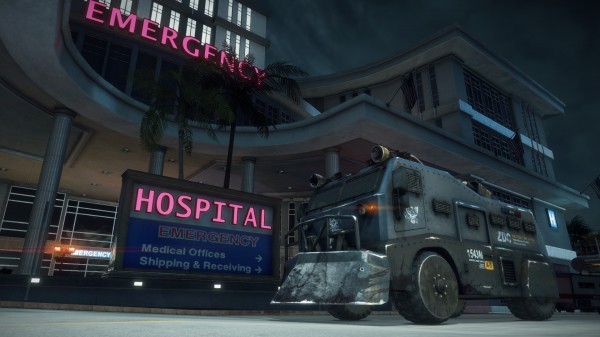 While past pieces of DLC and the main game rarely saw environmental objects pop-in, The Last Agent has entire segments of the map or large fences just pop out of nowhere, often after the player has already crashed into an invisible object. As for the voice work, again it is nice to mention that the story actually ties in a bit with the main game so the characters are voiced decently.

Overall
It is such a shame that despite Dead Rising 3 being a great game on its own, that none of the DLC has seemed worthwhile. The Last Agent was Capcom’s last try to successfully give fans a great piece of add-on content but sadly it falls short in numerous ways. It might be the most memorable, story wise, of the four episodes, but that isn’t saying a lot considering how bad the others were and how boring the actual mission structure in The Last Agent is.