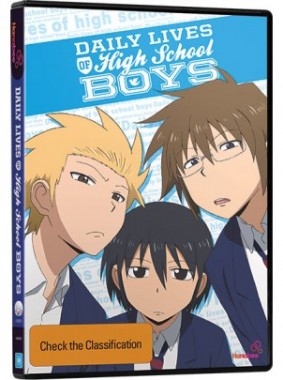 Overview
The 4koma comedy style is one that has been the foundation of several comedy anime classics over the years with series such as Azumanga Daioh and more recently Nichijou – My Ordinary Life making great use of the style’s defining ‘short but sweet skits’ characteristic. Now here we are with yet another 4koma styled comedy anime, Daily Lives of High School Boys, a series that’s premise may deter or intrigue you depending on your tastes. Regardless of all that, Daily Lives of High School Boys rises above preconceptions with sheer bombast, bringing on laugh after laugh. 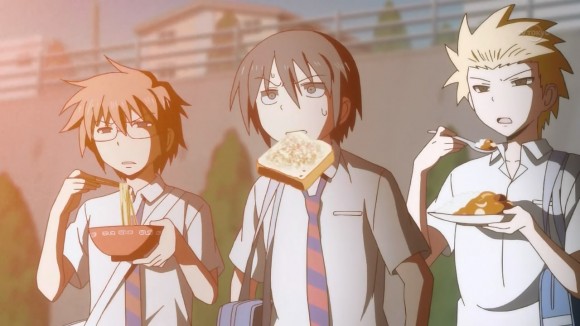 Story
Conceptually there is little about Daily Lives of High School Boys that stands out. The title honestly says it all, this is a show about the lives of three high school boys. There lives are rather average, with little of real consequence ever truly happening, but the teenage mind is a wild beast no less. Their minds race at a million miles an hour, while the world around them turns ever so slowly, such is the daily lives of high school boys.

With referential humour, fourth wall destruction, playing tropes like a fiddle and some rather insane sight gags, Daily Lives of High School Boys proves to be pretty damn funny. Each episode follows the 4koma comedy idealogy of several skits (often unconnected to one another) spread out across the course of an episode. Some skits hit harder than others, some fall flat, thus is the nature of comedy. But for what it is worth, Daily Lives of High School Boys does well at bringing out some laughs, with each episode having a few good laughs to their names at the very least. 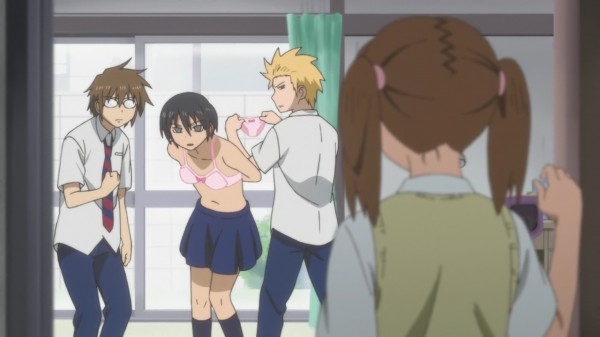 The setting and cast is perhaps the most interesting choice here. The series features a predominantly male cast, even going so far as to being set in an all-boys high school giving rise to several fujoshi-ready situations and jokes, yet the crude and often perverted humour seems to suggest this is not a series exclusively for girls. It is a tough balancing act and not one that Daily Lives of High School Boys really pulls off, but it is interesting to see all the cogs in the machine turning, desperately trying to cater to several audiences all at once.

Despite those balancing issues, Daily Lives of High School Boys does offer a bit of everything without ever really going all in on any of those things. Thankfully the series has  it’s apparent knack for hitting the right comedic notes effectively which cancels out the erratic nature of the content. It succeeds in spite of itself thanks wholly to its sheer commitment to its particular brand of comedy. Daily Lives of High School Boys is nothing without its sense of humour.

While it may be hot and cold on who it wants its intended audience to be but Daily Lives of High School Boys is a solid show all round, with some great moments and laughs to be had. It isn’t the best anime comedy we’ve seen, but it is still a spot of fun to watch. 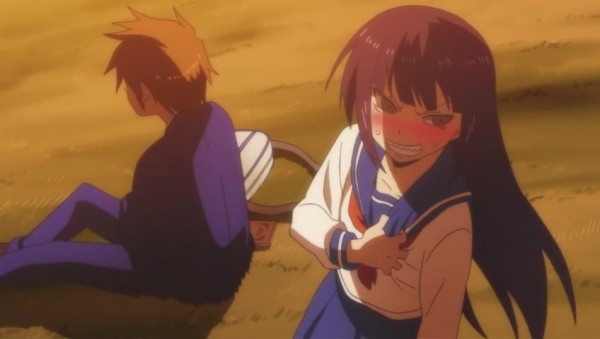 Visuals and Audio
The aesthetics of Daily Lives of High School Boys are not particularly impressive, but as with most comedy series the animation quality is firmly placed in the middle ground, never going all out and never falling off the wagon. It does the job and has enough variation to it stylistically that it results in what is a rather appealing visual style. The character designs aren’t anything to write home about, but as with the rest of the art, it gets the job done.

Perhaps the highlight of the series is the soundtrack. With a delicious mix of pop-infused beats and some rip roaring rock, Daily Lives of High School Boys has a deep well of incidental music to draw from and it does so with excellent timing and precision. The soundtrack complements the action on screen, even adding to it in some cases. The opening and ending themes are both greatly suited to the series and round out the soundtrack quite well.

There is however the unfortunate side-note that this release only features Japanese audio. Sadly no English audio is present on this release, which is always a shame. None the less the Japanese voice cast were great, nailing the comedy all the while giving life to the characters. All round it is a nice package in terms of audio, one that certainly makes up for the frequently droll art work.

Extras
Hanabee’s release of Daily Lives of High School Boys goes well in the special features department, making up for the lack of an English audio track with a plethora of extras. While the release comes in a standard case, it includes a decent amount of on disc content such as clean opening and ending themes, promo spots and even a special OVA to put the ribbon on top. It is a great release all round and well worth the price tag if your going on content alone. 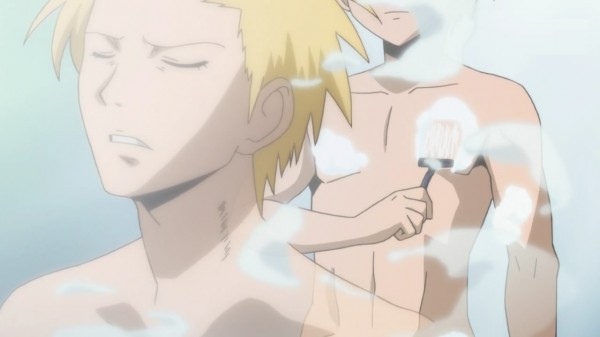 Don’t go into Daily Lives of High School Boys with any preconceptions and you may just find yourself pleasantly surprised by just how funny it is. It has a solid cast of characters and a sense of humour that will no doubt resonate with anime fans more than anyone else. Sometimes daily life can be a bit of a laugh and that rings true with Daily Lives of High School Boys.