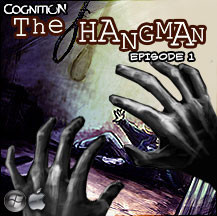 Overview
Cognition: An Erica Reed Thriller is a four episode murder mystery taking place in the not so average life of FBI agent Erica Reed. In the first installment of this point-and-click adventure, players are challenged by puzzles and spur of the moment decisions that can result in potential life and death. Does the overburdened FBI agent bring the immersion we desire to Episode 1: The Hangman? Let’s expose the evidence..

Story
As a Boston FBI agent, you could probably expect to be involved with some gruesome investigations. Erica Reed, however, seems to be directly linked to some nasty serial killers. Her beginning story has her involved with the “Cain Killer” who selectively chooses twin siblings and kidnaps the male. The audience is brought up to speed with knowledge that Erica has a twin brother and has become the next target. With limited time to spare, Erica and her partner rush to find the killer’s lair. 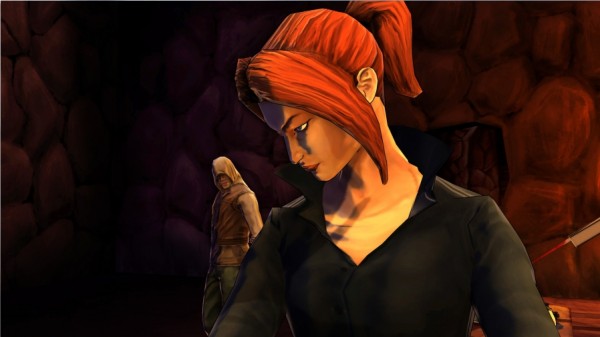 Emotions can change quite suddenly with the title making for an intense experience. With Cognition beginning with the kidnapping of Erica’s twin brother, players cannot help but to join in with the momentum of feelings building inside of Erica. Instilling such raw emotions makes the game hard to put down as new evidence presents itself with every look at the crime scene or dead body in the morgue.

Gameplay
I have reservations about point-and-click titles because I find them very easy to criticize for a number of reasons. First, I find it hard to immerse myself in a game that prevents me from moving forward. In previous titles that I have played, there would be a glitch that might prevent me from advancing further therefore corrupting my saved file. In this instance, you would need to start the entire game over or hopefully access a separate saved state. This is why games tell you to save often! I have not experienced such glitches in Cognition Episode 1 after completing the entire game. Still, follow the advice of saving often.

Another aspect of the genre that I find annoying is that there are ridiculous item combinations with obvious tools that could work better for the situation. Thankfully, Cognition approaches the use of items effectively and in a way that does not initiate migraines. A suspect that you bring in for questioning refuses to talk without getting something to eat. Stemming from there you will have to find a food source for the hungry suspect. If the source costs money, find some money – a simple but logical sequence of events that needs to be completed in order to advance. 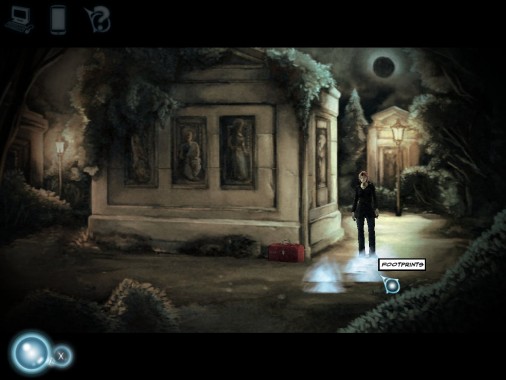 Erica Reed possesses an ability that allows her to look into the past by touching objects or people. This creates additional gameplay and further involvement into the story by encompassing images from the past to enable actions in the present. For instance, Erica is able to use her powers at a crime scene by concentrating on an object therefore visualizing how it was affected in the past to reach its current state. So Erica could look at the murder victim and use her abilities to see how he died.

A silly aspect that plagues any game with an inventory is how much a player can hold at a single time. Honestly, I do not think Erica would be the type of lady to hide a dozen donuts in her uniform. But I have been wrong about women before! Offering more comedy than hurt, the amount/type of items that Erica carries should not distract from the gaming experience. Did she just pull a shovel out of her shirt? 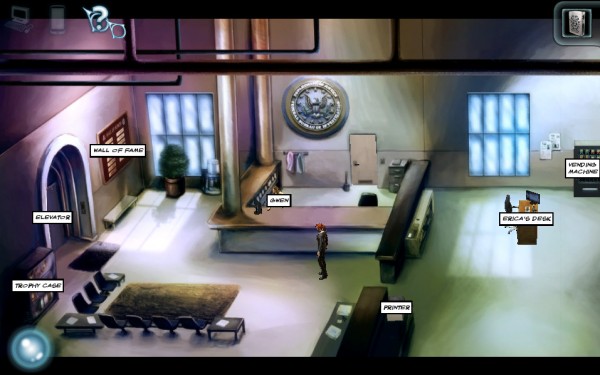 Cognition is not a point-and-click title that will have you banging your head against a wall trying to figure it out. As Erica, you can access your smartphone at any time in the game to receive hints or tips from your father. I’ve come to realize that he is strangely familiar with every place and person that you bump into. If you ever get stuck, there will be an option to ask him about your current quest. For more of challenge try not asking your father for everything even though he likes hearing from you. Some agents are just spoiled… Having a hard time navigating each environment? Thankfully, the user interface has an option that shows which items are interactive in the environment. This can be access by clicking on the pointer icon with a question mark attached to it.

Visuals
The art direction is phenomenal as it captures emotions with hand drawn imagery while delivering the scenes as if they fit into comic books. This can be notably given credit to comic book artist Romano Molenaar who unleashed his talent during the cut-scenes of Cognition. Illustration quality greatly enhanced my time playing through the title as it helped keep me engaged to the story by becoming more visually connected to the characters. 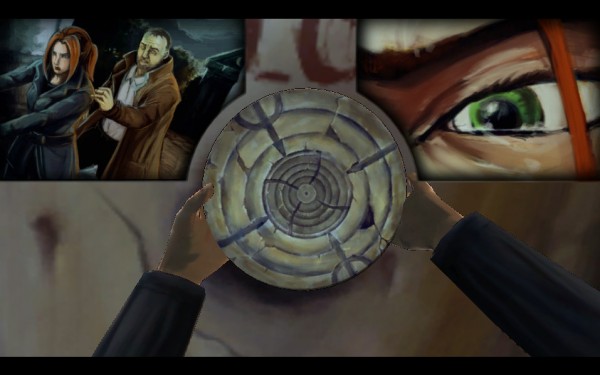 Cosmetically the title has some minor faults that could be tweaked to present itself better in the coming episodes. In a scene where Erica is using the shovel to dig behind a mausoleum, the shovel – for a second – appears to be behind her when it is held in front of her body. Other instances in using items from your inventory prove to delay game speed. In other words, you may experience a slight stuttering by Erica’s movement when trying to use an item in the environment.

An irritation that is constant through the game is the loading symbol substituted in place for your mouse pointer. While the notification that the game is loading has its purpose, I felt that the loading symbol could be placed elsewhere on the screen. For instance, I would constantly take my pointer “off-screen” when a cinematic appeared. Perhaps I have control issues or appreciate no cinematic interruptions, but it was a minor issue that bugged me. 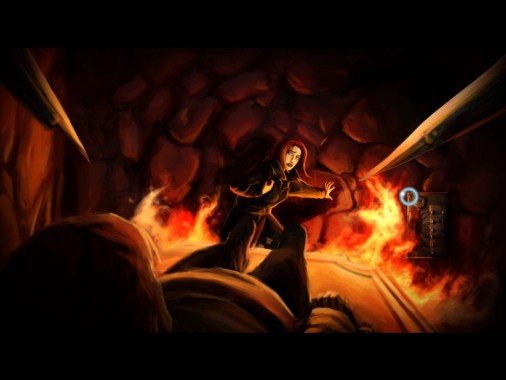 Audio
Cognition has its own soundtrack available for purchase. I would naturally assume a game does not sell a soundtrack separately from the title unless it is exceptional. After experiencing the music from playing the title, I definitely felt that the audio was well developed in trying to match the mood of the setting as well as characters. Personally, I would take advantage of the Season Pass to acquire all four episodes with prequel comic and soundtrack to get the best deal. Even though the soundtrack has some quality audio with “The Taking” by The Scarlet Furies, I would not choose to buy it separately.

You may experience some awkward stares from others in the room if they are listening in to the game’s sound effects. One instance in particular is when Erica has been injured in her quest to save her twin brother. While you may understand that she is in pain and groaning with each step as she goes down a stairwell, others might believe you have turned on a porno. Pain and inappropriate moaning might correlate well with each other, but that is a topic for another day. With the amount of swearing added in, earphones or a children-free environment would be best suited during these high intensity situations.

Overall
I have been amazingly stunned by the quality of this first installment to the Cognition: An Erica Reed Thriller series. The art direction alone should bring many followers, and Phoenix Online Studios could not have picked a better art director for the job. A sweet blend of immersible storyline and gameplay made Episode 1: The Hangman one of my favorite point-and-click adventures to date.

The game does have its faults in a few areas. Minor cosmetics like the “shovel” mentioned above may be present. Also the stuttering movements after using an inventory item in the environment will provide a brief distraction. And don’t forget the loading icon that may annoy you when watching the hand drawn cut-scenes. But these are all insignificant areas of the game that can be altered/eliminated in future episodes.

I am excited to see where Cognition is going with Episode 2: The Wise Monkey. With the first installment impressing me as it did, I am positive Phoenix Online Studios will not disappoint. If I had a stamp, I would approve it immediately. Still need convincing? Head over to raindg.com to download the demo.