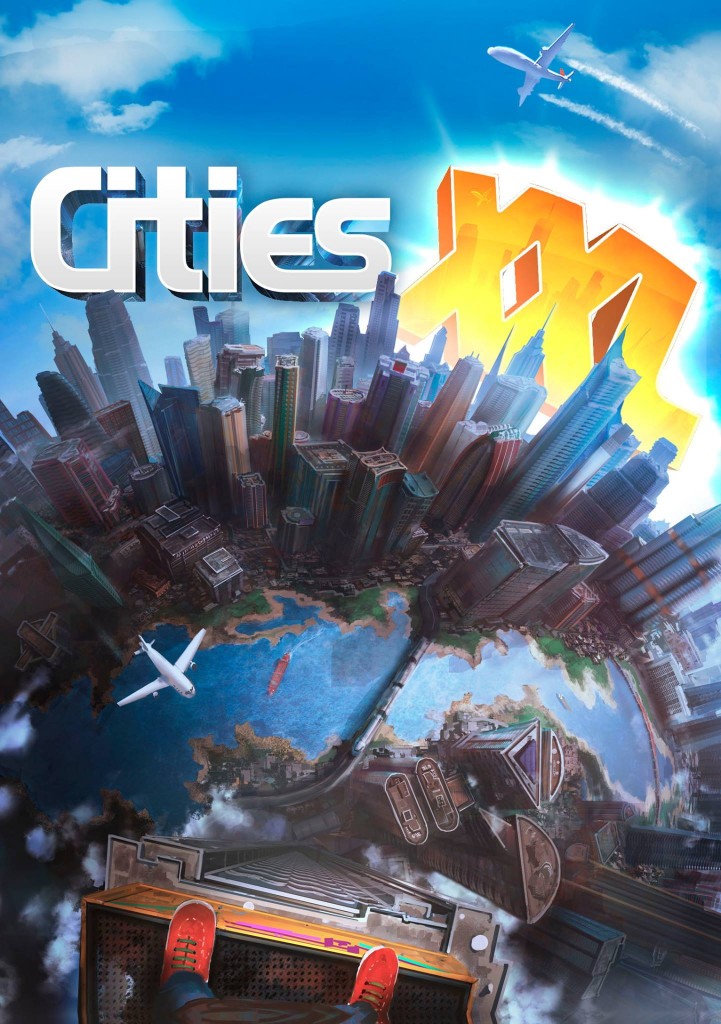 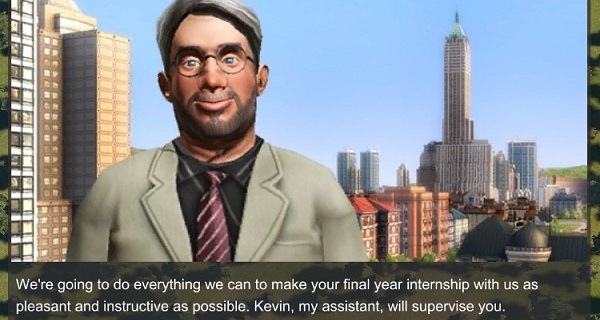 Upfront I will tell you this: modern city building games are a guilty pleasure of mine. I enjoy planning out the various districts and zones of my city and then watching it grow as families and businesses move in. It’s a guilty pleasure of mine due to the fact that I’m terrible at playing them as my civic ambitions quickly outgrow my budget. I had not played any games in the Cities series before and was eager to get my teeth into Cities XXL. The original game was designed to be an MMO with players trading between cities and competing to build famous landmarks, which will probably explain some of the elements I will be talking about below. 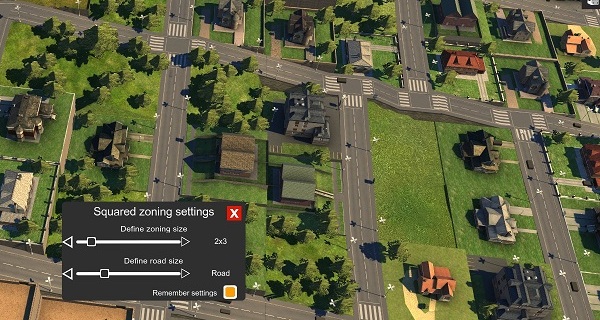 As you might be able to guess, there isn’t a narrative which runs throughout the entire game. The tutorial has a simplistic story to link the various missions together which are conveyed through static messages. The writing here is generally subpar and the attempts at comedy largely fall flat. What’s worse is that the tutorial feels like it does not sufficiently teach you the intricacies of various aspects of gameplay, but goes into confusing depth about the proper placement of bus and subway stops. Nonetheless, this type of game normally does not have a story as a selling point so we’ll leave at this. 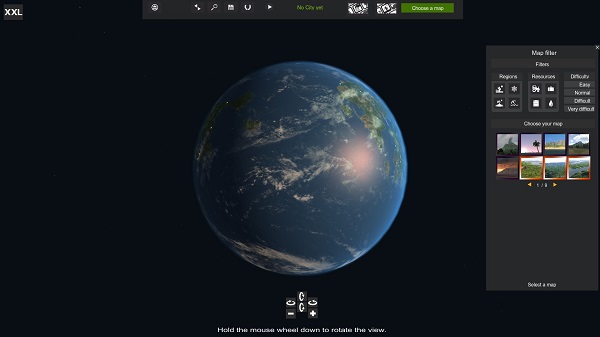 Cities XXL is fairly rudimentary in its game design with most aspects of the city building genre on display. You are able to directly build various utilities and services in your city such as police, fire departments, and schools. You are also able allocate land to be zoned for various industries which vary from agriculture, heavy industry, and high tech. These in turn require that you zone various residential areas for different classes of citizens to meet the needs of industry. Each industry produces some manner of resource which is then further consumed by other industries in your city. Excess production can then be sold to other cities or to a megacorporation

This becomes the central mechanic with which you interact with the game. You create residential zones. You form industrial zones. Each of the zones are create can either be high, medium, or low density with varying levels of efficiency. You build schools, hospitals and whatever else your citizens need and. As long as their desires are met, your city will thrive and things will continue to function like clockwork with your city producing resources and cash. For most city builders, this forms the bulk of the experience as you continue the never-ending cycle of building and earning money from your creation so you can continue to build and earn more money. These games then typically provide you with the opportunity to destroy in creative and fantastical ways such as earthquakes, volcanoes, and sea monsters rising from the deep. If your first thought was of a child building a sandcastle and then smashing it, you would not be half wrong. 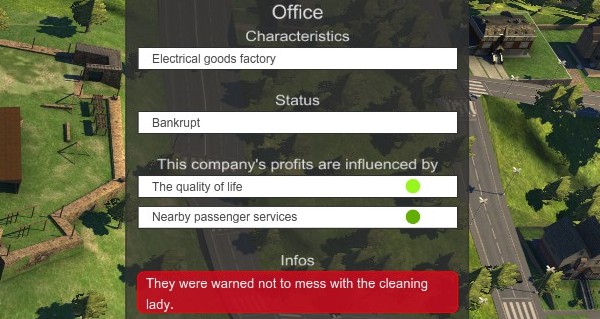 As far as I can tell, Cities XXL does not provide you with the option of creatively/destructively clearing the board. Instead, the game encourages you to repeat the process on another map with building an entirely new city. It encourages you to keep your hard-earned progress and instead trade resources between your various cities in order to improve their efficiency. The game essentially asks you continue the cycle of building and accumulation indefinitely across its various maps which have their own difficulty and resources.

This would not be a problem in and off itself if it were not for the fact that this process is extremely dull in the game. None of the building you engage in feels like it accomplishes anything besides increasing numbers in a spreadsheet. Everything feels far too abstract as resources and even services like police and clinics do not provide anything more to gameplay than simply satisfying a demand for security or healthcare. In other city building games, these services would provide some use to the prepared or paranoid player in staving off or mitigating some disaster. Instead, if your city is found to be lacking in doctors or police then your citizens will simply leave.

Another aspect which slows down the gameplay significantly is the fact that most construction options are locked off at the start. Major roads, industries, and even police stations are locked off until the city reaches an arbitrary number of citizens. This does force the player to pace themselves and stops the civic budget from being blown out too quickly, but it also means that your first hour or so is going to be zoning and rezoning housing and industry at the same density level (because higher density zoning is ALSO locked off). This aspect of the game makes the process a lot less fun for me. 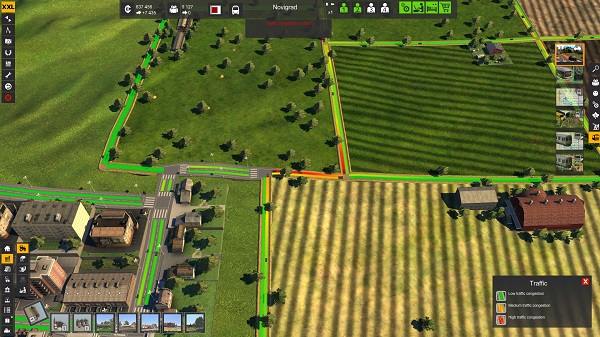 One interesting mechanic which the game introduces and has kept from its original design as an MMO is the ability to build various famous landmarks. To try and break the monotony of my game, I decided I attempt construction of Himeji castle in my little European farming town. Building a landmark goes through three stages with each requiring different resources to complete. My city did not have enough resources of a particular type but by trading resources, I would be able to build it anyway.

Due to my developed agricultural industry, I was able to trade food for access to highly trained executive professionals. I was excited to finally have a concrete area into which I could deploy the resources I produced or bought into building something which wasn’t just another residential neighbourhood or office block. The game informed me that it would take a number of hours to complete the project in its entirety and I believe this was a holdover from when the game was originally designed as an MMO (since your city would continue to function after you logged off). As construction got under way, I continued to develop my industrial base (which was largely just farms and offices). When I had extra tokens I could trade, the trading window thus decided to negate my previous import deals when I attempted to import in more specialist tokens. 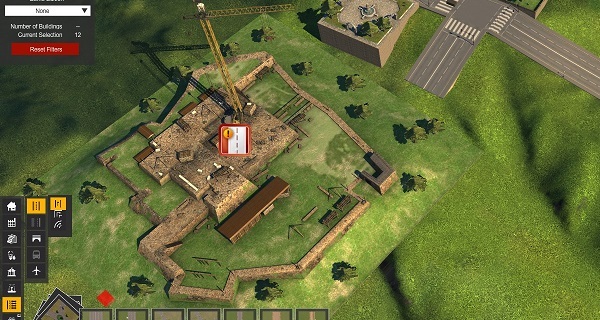 A pop-up informed me that I did not have a sufficient income to confirm the deal and that my imports in other areas would be cut back to save money. Why the designers thought it would then be apt to renege on my other deals rather than just blocking my new attempt to import more is beyond me. My attempts to renegotiate my previous deals came to no avail as evidently, the representatives of the megacorporation took offence at my ignorance of trading mechanics and thus refused to supply the same way they did before. I was quite confused by this sudden turn of events but didn’t worry too long as the game crashed soon after. It was at this point that I felt I had invested enough time in the game. 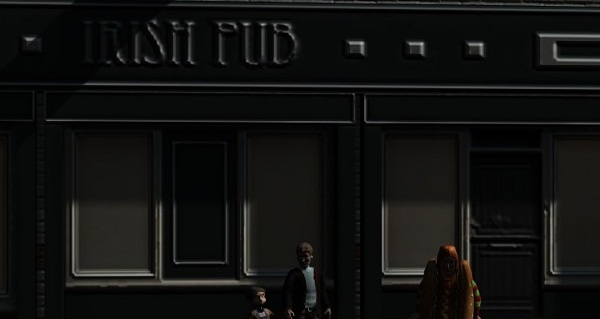 This game is not anything spectacular to look at. When zoomed out, the buildings and cityscape appear quite dull. To further highlight the repetitive nature of early game, most of your city will look the same as building models repeat simply due to the high volume of low density buildings you need to put down. I guess this could be a comment upon the cookie-cutter nature of suburban life, but it would still feel like your city is bland and lifeless. These models also sometimes don’t match up with the building description as I found a ‘grocery’ which had an Irish pub as its model. The textures up close do not endear themselves to me either as they appear to be rough and unfinished.

The interfaces for various menus in the game are an anomaly amongst spreadsheets. They are capable of both flooding me with a deluge of information while also being Spartan enough to not have the specific detail which I’m looking for. Navigating between various overlays to see what’s going on in your city is similarly counter-intuitive and clunky.

I did enjoy the soundtrack to Cities XXL. The songs were a variety of soothing new-age sounding tracks to accompany the serenity of laying out grids on a map. After all the time I spent in the game and listening to them numerous times; I don’t find these songs to be irritating (so that’s a point in its favour). Nonetheless, the music is largely forgettable. 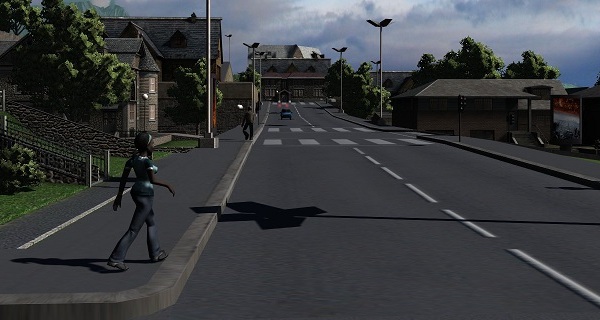 I cannot help but state that I am disappointed with this title. It was difficult for me to gain any enjoyment from it. It largely feels like an unfinished product with many jagged edges which needed more time to be polished. The city I built felt like it had no vibrancy or character to it as its citizens and industry felt far too abstract. Couple this lifelessness with an unattractive aesthetic and you’ll end up with a city builder simulation that simply isn’t fun to play. There are plenty of better titles in this genre which are more deserving of your time and money.