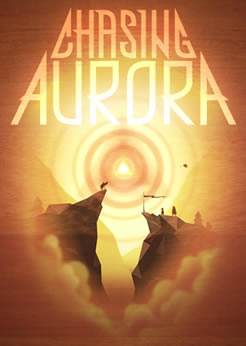 Overview
Broken Rules, developers of indie darling And Yet It Moves, have brought their sophomore title to the Wii U’s eShop environment.  One of the curious things about Chasing Aurora is that it is literally only available for Wii U owners.  With a focus on the mechanics of flying like a bird, Chasing Aurora hopes to draw players in for a party game that will keep up to five players soaring for hours.  Does it own the skies, or should its wings have been clipped?  Let’s find out. 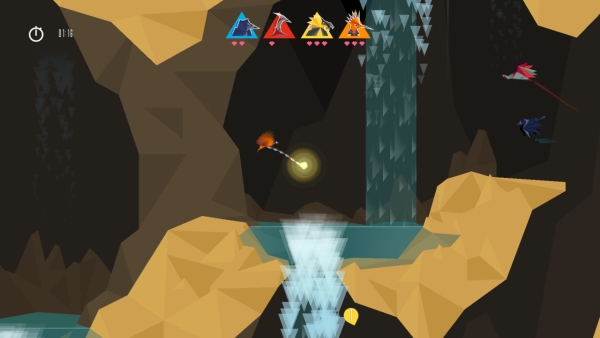 Gameplay
The concept of Chasing Aurora is beautiful in its simplicity.  You control a bird as it takes to the skies.  There are five super hero-looking fowls to choose from: Fink, Fex, Ruth, Storm, or Solitude.  Players can fly around, flap their wings to gain speed, or tuck their wings in and dive to escape a sticky situation or give chase.

The controls themselves feel spot on.  Our fine feathered friends glide through the air, turn, dive, bank, and otherwise ride the wind with a responsiveness that most games only hope for.  The problems with Chasing Aurora, though, have nothing to do with how the game controls. 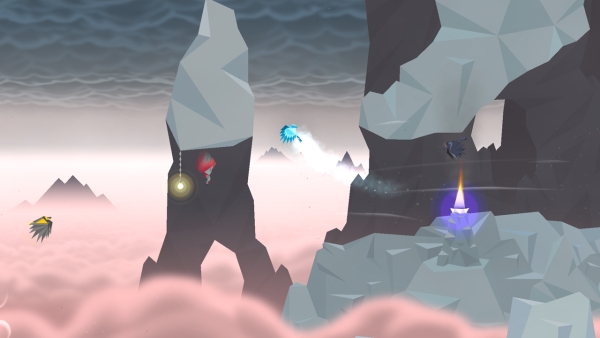 First and foremost let me caution you.  Chasing Aurora was released with the intention of being a game focused on local multiplayer.  If you don’t have two to four other people that would want to play this game with you on a regular basis, it becomes very hard to recommend.

The game’s single-player component, Challenge mode, consists of a series of flight races.  A series of gates are set up in a loop on each level, and players have to guide their way around the loop as fast as possible, picking up the occasional item to grant you extra time and a score multiplier.  When time runs out, you are given your score and a score rating up to three stars, and then you move onto the next course.  This entire mode basically boils down to gliding in a small circuit as many times as you can and other than that, nothing ever changes.  It is, unfortunately, one of the most uninspired single-player components seen in a game in some years.  With some more time in the oven, Chasing Aurora could have had a solid story and some interesting levels added to it and it would have been a fantastic experience. 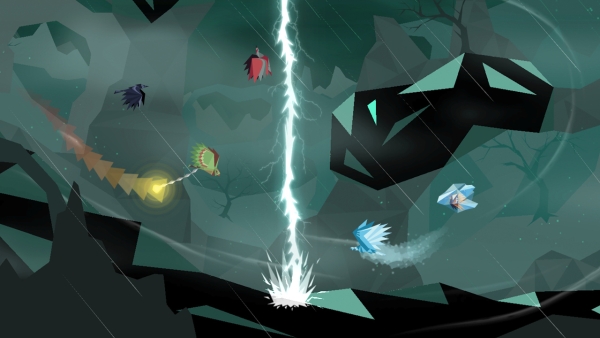 The multiplayer component, however, definitely has some solid components built into it.  The multiplayer mode, Tournament, requires at least two people to play.  Once you have your crew lined out, there are three different game modes to play: Hide And Seek, Freeze, and Chase.  Much like the recent Nintendo Land, Chasing Aurora aims to be another top asymmetrical game (with a single player that uses the gamepad having a slight advantage, typically).

Hide And Seek sets the Gamepad player apart from all of the other players.  The team of players much chase down and capture the Gamepad player, who’s given the role of the “Golden bird” and a burden to tote around and protect.  Of the three game modes, this one felt the weakest.  It can make for some interesting moments, but several birds trying to catch laden swallow feels like a better idea on paper than in execution, often to the demise of the single player fairly quickly.

Freeze will take players back to the days when they were out in the schoolyard, playing freeze tag with a group of kids.  The Gamepad player is given the role of an icy ne’er-do-well, bent on chasing down and freezing all of his adversaries.  Birds on the team are frozen mid-air as soon as they’re touched by the icy loner, but other teammates can risk themselves in a bid to touch their teammates and unfreeze them.  This mode feels quite fun, and anyone who’s played freeze tag as a child will be familiar with it immediately. 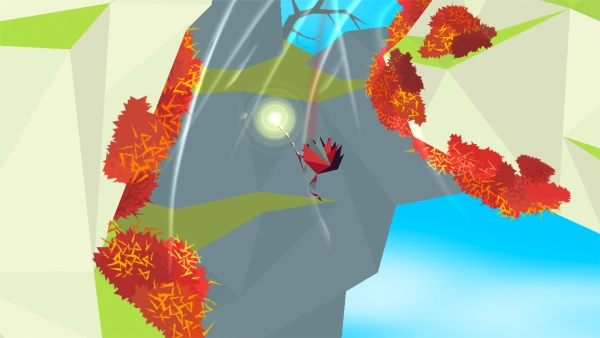 The final game type, Chase, is hands-down the most fun to be had with the game.  Every bird is placed equidistantly away from a glowing orb.  When time starts, every bird vies for the orb and, once they have it, they try to outrun all of the other players.  Each bird is given 3 lives and, once they’ve been outrun and are off-screen for three seconds, they lose a life.  The last player standing is the survivor.  This mode will create a lot of screams and yells as players get away with the orb or have a near miss at a steal attempt.  This is the single best game mode on the entire package.

The problem with Tournament mode is that you have to have at least two players present to enjoy it.  An artificial intelligence or online play could have gone a long way toward adding some real value to this package.  It’s also disappointing that each Tournament is actually broken into every game type, so playing the games you’re really not interested in isn’t an option unless you want to keep replaying the tutorials. 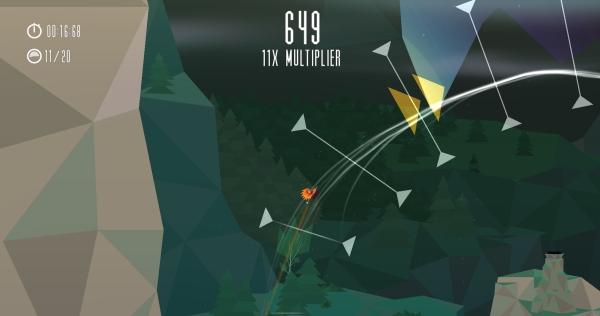 Visuals & Audio
Chasing Aurora‘s art style is fantastic, hands down.  The world looks like a light-hearted stage made of brightly colored paper craft.  The character designs are also phenomenal.  Each of the five characters look like little avian paper mache super heroes.  The environments are vibrant and inviting.  Character animation, as simple as it is, looks so fluid that it really feels like you’re watching birds swoop and dive through the environment, riding the wind as they maneuver through the air.  All around, the game is a joy to look at, really making you question how people could argue that “video games aren’t art.”  The devs at Broken Rules knew what they were doing when designing the look of this game.

While the soundtrack does have one or two catchy tunes, there isn’t really much more to brag on as far as the audio goes.  The sound effects work to great effect, with the exception of one obnoxious sound that signifies you extending your time on the single-player component – and if you’re playing that mode, you’ll be hearing that sound effect a lot.  It’s also worth noting that music will only come from the television – not the Gamepad, which can be a bit disappointing.

Overall
While Chasing Aurora is a beautiful game with what felt like tremendous potential, it ultimately falls short.  The complete lack of any solid single player element and no online or AI components for the multiplayer mode really hamstring the game.  If you have a group of four or five people together, Chasing Aurora can certainly provide some frantic, exciting times, but in the end it’s hard to recommend what feels like an incomplete product in a marketplace where, limited though it may be, much better experiences exist.