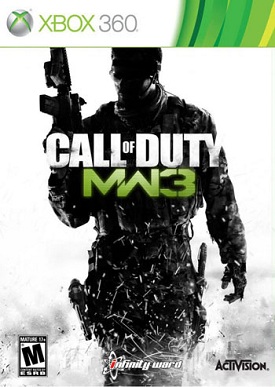 Overview
Over the past five years, the Call of Duty series has went from a run-of-the-mill first-person shooter to the best selling video game franchise of all time. Like all successes in the industry today, sequels are a given and every year fans are treated to a brand new entry to hold them over for another 12 months. This time around, Infinity Ward and Sledgehammer Games are back to deliver Modern Warfare 3, setting out to improve upon that famous and fluid formula found in Modern Warfare 2. On top of a few new goodies for multi-player and a brand new Survival Mode, players can also expect to see a continuation of MW2’s campaign. There is without a doubt a lot packed in this time around, but does this follow-up deliver enough to be considered a worthy upgrade? Here is my review for Call of Duty: Modern Warfare 3.

Story
Starting right where it’s predecessor left off, Modern Warfare 3 throws the player in the role of Captain Price’s elite squad as they hunt down Vladimir Makarov in the midst of a heated war between Russia and the United States. As usual, players take turns swapping between squads and completing missions, with all the stories intertwining as you progress further and all leading up to one big finish at the end. Since it’s an all out World War 3, there is a lot more happening in each plot this time around as well, with missions consisting of rescuing a kidnapped President, getting a downed comrade to safety during heavy gunfire, and even doing battle on a crashing airliner…just to name a few. 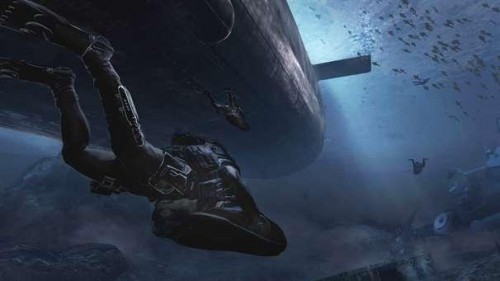 Let me start by saying that this story is very easy to follow and is certainly one of the most exciting and engaging narratives the series has had to date. Players will instantly recognize Price, Soap, and several other past faces from the Modern Warfare saga, who have all retained their past personas to perfection. Most of the time, you as the player will take the role of either Frost or Yuri. Yuri has quite a backstory to be discovered and is certainly the most mysterious and intriguing protagonist of the lot. Frost on the other hand is mainly just used as a tool to tell “the other side” of these events, with the plot during his sections barely involving him whatsoever. I am aware that the Campaign mode has always switched between a few different soldiers to lengthen the story, but the characters on Frost’s team were so underdeveloped it was hard for myself to actually care about any of their fates, making the narrative as a whole feel lop-sided. Yeah, there is a lot to take in on each mission and most of which are sure to pull the player closer to the screen in excitement, but each time I took the role of a filler protagonist, I just felt like rushing through to get back to the true meat of the campaign. 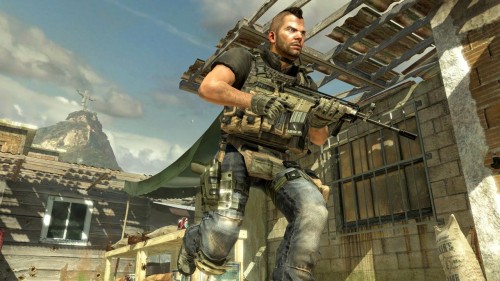 Even though I personally think Modern Warfare 3’s Campaign offered the most gripping plot featured in a Call of Duty title to date, there are still a few moments that seemed a bit out of place. I think anyone who played the infamous “Airport” level in Modern Warfare 2 will forever remember the powerful feelings of shock and emotion that flowed through them as they proceeded onward. It was quite gripping stuff, and Modern Warfare 3 tries it’s damnedest to top that. Unfortunately, the game spends a good portion of the time trying too hard and we see a lot of “controversial” moments that fall flat. I’m sure that many will still be entertained by what’s offered up to create a shock value, but it’s a bit obvious that Infinity Ward tried a little too hard in this area and by the end of the game, that one powerful moment just didn’t feel as special as a result.

Gameplay
If you go into Modern Warfare 3 expecting a ton of changes to the gameplay, you might be a bit disappointed as the whole experience feels exactly like it did in MW2. That’s not a bad thing at all though as this formula still feels relevant by today’s standards and even plays a bit smoother overall. The control scheme has been completely retained, with running being controlled by the left stick, turning with the right, jumping with A…you get the idea. It will all be very familiar for all CoD fans out there and those new to the series will easily be able to pick this installment up without much skill required due to the accessible nature that the franchise is famous for. 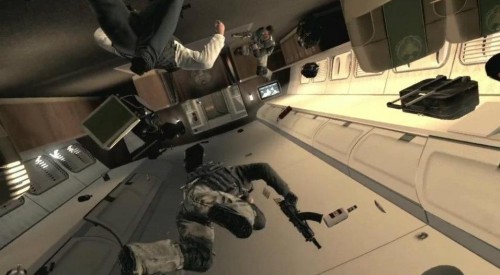 Just because the controls and actual feel of Modern Warfare 3 have stayed more of the same doesn’t mean that the game has nothing new to offer. In my opinion, some of the best moments can be found during the Campaign. Most titles in the genre (and even other CoD titles) stick to the same routine of running through a set location while taking out a wave of enemies and then doing it all over again with a new backdrop for the next mission. Modern Warfare 3 completely shatters that image though as it never stops trying to introduce new methods of gameplay while players are emerged in the story. There are still waves of enemies to fight, but each mission changes the way you go about defeating them all by offering up at least two or three gameplay variants during a stage. For instance, one of the most memorable romps has the player start out in a plane while taking down a few Russians. In just a few minutes time, something goes wrong in the cockpit and turbulence launches the player into the air, where you then must properly time shots at the said foes while floating and attempting to progress further on the aircraft in the process. After a harsh crash landing, you must then fight a wave of enemies on the ground and fight your way through turrets and heavy gunfire. Yes, it’s as exciting as it sounds, and that’s just one mission of many.