Overview
It has always seemed curious to me that there are not more video games based on H.P. Lovecraft’s Call of Cthulhu universe. The franchise has grown from its humble origins as a short story written in 1928 into a board, collectible card, and pen and paper role playing game power house. The video game Call of Cthulhu: Dark Corners of the Earth was released in 2005 and did rather well. Three other Call of Cthulhu games started production but were canceled before seeing the light of day. At last, the wait is over. Call of Cthlulhu makes its return to video game, this time taking on the form of a turn based strategy game with strong role playing elements.

Story
The Wasted Land takes place in the hellish trenches of World War I as British forces battle the German army. However an occult organization within the German army called the Cult of the Awakening is setting its nefarious plans into motion. Lacking the expertise to do battle with the Cult, the British government calls upon a diverse group of investigators led by the Professor Brightmeer to counter this new terrifying foe. Supporting the investigators is the battle hardened squad of British soldiers led by Captain Hill. Unfortunately their experience has not prepared them for the horrors they are about to witness. 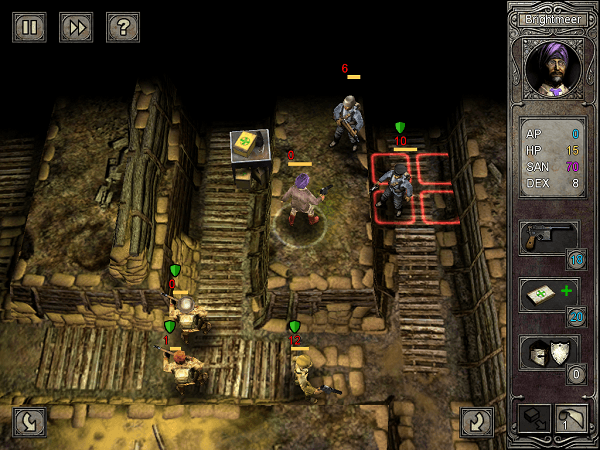 For the exception of a few short sentences to frame the situation during the loading screens, the whole story is told through in game conversations. This is a great benefit to those who are new to the Cthulhu universe because the soldiers who accompany the investigators on their journeys are being introduced to the Cthulhu lore. Veterans of the Cthulhu franchise will not be disappointed as The Wasted Land spins an interesting adventure. The simultaneous battle against the conventional German forces and the Cult of the Awakened leads for very tense moments that will not disappoint Call of Cthulhu fans.

Visuals
Red Wasp Design hits the mark with The Wasted Land’s graphics. The game is retina and iPad optimized. The art used for menus, icons, and in game portraits are well done. They suit the World War I feel and seem reminiscent of the era’s art style. A good amount of attention is paid to the character models. They even switch the weapons carried in their hands depending what they are equipped with at the moment and the British soldiers are easily distinguishable from one another. The battlefield is rendered in 3d with adjustable camera controls allowing for a clear view of the battlefield at all times.

I would have liked to seen an option to zoom the camera out further as some battlefields sprawl across a large amount of land and scrolling around tends to be on the clumsy side. Even with the largest map there were no visual slowdowns or hiccups on the iPhone 4 or the iPad 2. Although the game is optimized for retina displays, I strongly recommend playing The Wasted Land on the iPad. There are a lot of details and small touches in graphics that are easy to miss when played on a small screen.

Audio
The audio for The Wasted Land is a mixed bag. The menu music is appropriately spooky, though the in game music is better described as creepy ambient sounds. I initially had a hard time picking out the ambient noise for the exception of the odd distant explosion in the outdoor levels. A volume slider in the options and a higher default volume for the ambient noises would have been appreciated. 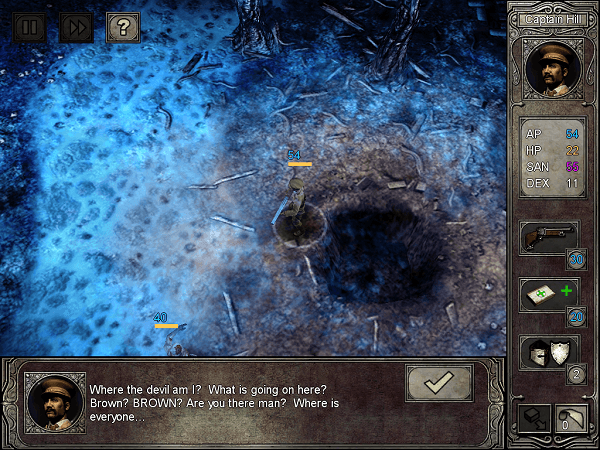 I feel that the addition of in game music would have done a great deal adding to the horror atmosphere and made difficult moments in the game tenser. Horror games always seem scarier with a well-timed score. I do appreciate the fact that the game does not force players to listen to the game audio exclusively. Unlike some games, players can play music or listen to podcasts in the background.

The sound effects are well done for the most part. The sounds effects used for gunfire and artillery are varied and sound deadly. The noises non-human enemies make are creepy and strange. However I feel the melee sound effects could be improved on. For example, hard hitting blows with a trench club that kill the walking dead sound more like a gentle thud. Overall the audio experience is respectable in The Wasted Land. Because the sound effects is loud enough to be heard clearly with music played, I feel like I am not missing much if I played my own music over top.

Gameplay
The Wasted Land provides for solid and challenging game play as long as you can get over the initial learning curve and sometimes annoying menu and selection design. The learning to the curve is not particularly steep. However, I feel the tutorial in the game could have been improved by covering more than just the extreme basics of the game. It is strongly recommended to read the field manual in the tutorial section before playing. It will fill a lot of the missing gaps not covered in the tutorial and make getting into the game much easier.

Once you get a hang of things, you will discover a well thought out strategy game that is given depth from its role playing elements. The ability to customize the equipment, stats, and skills of your investigators allows for great flexibility in tactics. However, stupid tactical decisions will be severely punished even in normal difficulty. There are almost always certain points in every level where enemies spawn every few turns, so a single bad decision can result in being completely swarmed by enemies with little to no hope in sight. 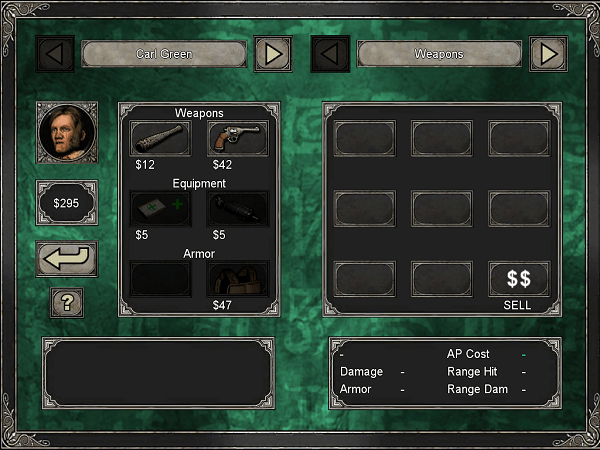 Due to the cramped nature and the isometric view, the actual clickable area on units and squares seem to be smaller than what is displayed. In a situation such as 9 units cramped together in a 3 by 3 group, clicking a specific unit can boil down to luck. Additionally, navigating the map can be a little clumsy at times. The scroll speed of the map is relatively slow and constant which can be annoying when managing two groups of units at either ends of a large map. It feels like a completely different in experience to say scrolling around a large image in Safari. Nevertheless, these are minor gripes and annoyances that only slow down the gameplay in small manners. The Wasted Land is by and large a pleasurable game to play.

Overall
Newbies and veterans of the Call of Cthulhu series will be pleased with The Wasted Land. It is a surprisingly deep and fun turn based strategy game with well implemented role playing elements. This is most likely due to the fact Red Wasp Design was able to work with the publishers of the Call of Cthulhu pen and paper RPG, Chaosium. Although there are some small gripes and hiccups with the game, these will only be minor annoyances that are easily looked past. If The Wasted Land was available on a dedicated video game platform such as the 3DS, it would easily compete with major games from famous developers and priced at a much higher price point. For $4.99 USD or $5.49 AUD, you cannot go wrong with Call of Cthulhu: The Wasted Land.