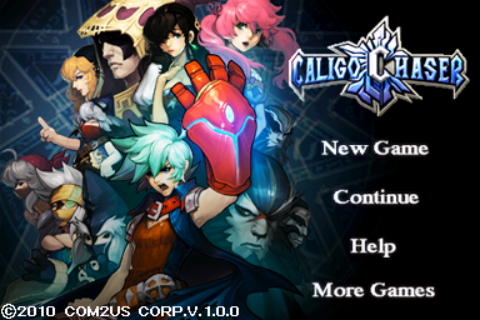 Overview:
Evil is spreading around the town of Emporion, and the Personal Knights, better known as PKs, must defend the city and fight against the mysterious evil that is beginning to grip the continent of Epion. You play Zach, a freshly initiated PK who has a bright future ahead of him, until he delves deeper into the evil that is across the land.

Story:
The story is quite generic when it comes to RPGs, there is an evil in the land and you, a fresh knight is the only hope to destroy the many creatures that wish to do harm to the people of Emporion. The story is driven through various quests that range from killing a certain amount of monsters, to gathering a certain amount of items, by killing monsters. Unfortunately there isn’t any variety among these quests, besides the type of monster to kill or the item you need to retrieve. There is one other type of quest, though this one is simply to find the next person you have to speak with to receive the next step of said quest.

All the quests in the game involve the murdering of monsters in the thousands. The quests are unfortunately very basic and all come from the only town in the game Emporion. Each npc has the potential to award you with a quest. Ironically the game plays the debt card, as the very first quest you receive is to pay back $100,000 to the local bank, though it may be a side quest. Quests are given to you whenever you speak to an npc with a yellow ! above their head, and then if there is a gray ?, the quest is still being done, and a yellow ? means the quest is completed and to retrieve your reward.

Graphics:
The graphics are definitely the high point of the game. Visually everything is amazingly well done and carries with it a bit of an anime flare, though this takes nothing away from the game. The environments that you fight in are all extremely diverse and whether it be forest, swamp, desert, or dungeon they environment is always top notch.

The character models are crisp and are amazingly well designed for an Ipod game. The battle movements of Zach are fluid and allow for no break in the action due to any character issues. Not only that but when in town and you converse with another NPC, a large picture of the person you are speaking with is displayed in the right of the screen. 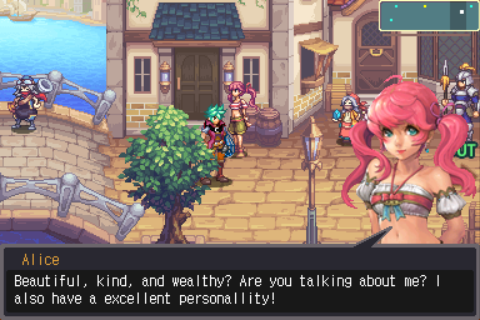 There is a large variety of the original monsters you see for the first time. They are just as crisp as the character models, however they do start to get repetitious since the further along your journey brings Zach, the more similar the monsters begin to look. A large variety of the monsters are simple palette swaps but even though that may be the case, the enemies still look amazing without any errors.

One of my favorite things in games has always been when the playable character’s appearance changes in accordance to the armor and equipment that is being used. Zach’s pants, gauntlet, top, and weapons all change according to what Zach is currently wearing. This can vary from just a simple color change, to an entire wardrobe change, plus the potential for a different hair color oddly enough.

Audio:
Having a variety of music inside of the game is always a great thing, and Caligo Chaser accomplishes that. There is a different back ground music for each area type, and though some of them are short and repeat, they each compliment their own area. There is no actual voice acting in the game aside from the occasional greeting when conversation with an npc is first initialized.

Gameplay:
This is a classic side scrolling beat em up, with rpg elements mixed in. As you travel to the various maps, you will have a tiny map indicator in the top right and that shows where the enemies are, and where you are. Once the enemies are defeated, you must continue traveling towards the right always to continue fighting until the area is finished.

Once an area is completed you are given a grade depending on how good, or bad, you fought in that area. You are awarded points for less damage taken, combo level reached, style, as well as bonus for specific attacks used. These grades award you with up to three treasure chests at the end of the area with random items and money contained inside. Needless to say the better looking the treasure chest, the better the reward. 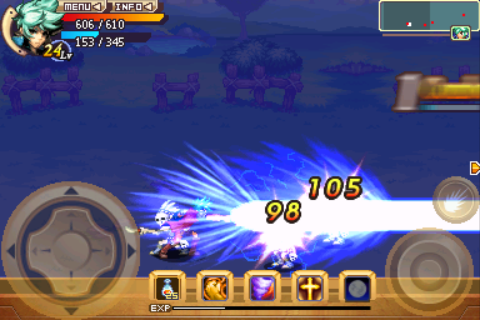 In combat, the controls falter and can lead to some combo breaking moments. The d-pad is unresponsive when it comes to the dash attack. Sometimes you will be double tapping multiple times to simply dash once and execute the attack. Other times you will be pushing the gauntlet attack and it will not register, which is a small issue when you are in combat.

The game also includes a variety of different attack skills and passive skills, with various upgrades between them. These skills are quite powerful when used and can devastate your opponents. There is also a combination shop, where Zach can combine various items he has acquired in his battles into stronger equipment or skills themselves. This feature is quite nice and will constantly have you checking what you have in your inventory to see if you should make something in the combination shop.

Overall:
Caligo Chaser is a very enjoyable side scrolling fighter, and brings along a few extra features that will have you coming back for more. Except for the lack of intuitive quests and a few unresponsive buttons, Caligo Chaser is one of the best in it’s class for iPhone/iPod Touch RPGs.

I give Caligo Chaser for the iPhone – iPod Touch a scrolling

Here is the trailer by Com2uS below: