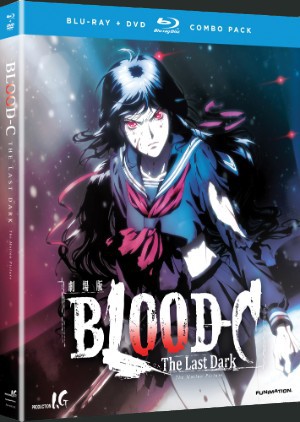 Overview
The series Blood-C saw the return of sword swinging monster slayer Saya, though not necessarily the same Saya from the Blood+ series, but some version of the character none the less. The series itself was a fairly interesting affair, amid confusion on whether or not this was the same universe as Blood+ or just a similar one. The only other problem it had was the lack of a completely satisfying ending, which more or less pointed straight to the movie as a means of closure to the story. But, the movie is now here, so let’s see if it can rectify those issues and wrap everything up. 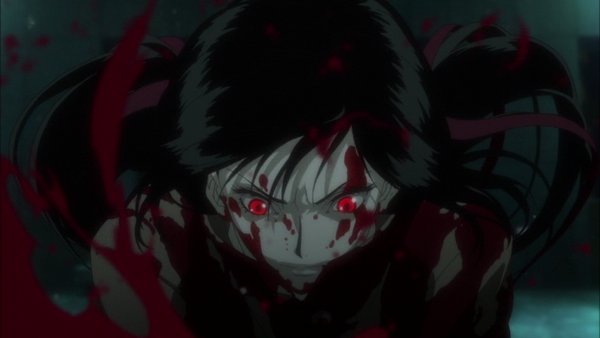 Story
When the series left off, Saya was looking for revenge after finding out everything she knew was a lie, failing to save the countless townspeople that were hopelessly murdered by Elder Bairns, and being shot in the face. Luckily, these were all acts committed by the same person, so that makes revenge a one stop shop. The Last Dark itself opens up 6 months after the end of the series, with Saya searching Tokyo for traces of the man she wants to kill, Fumito. The only leads for her really to go on though are more Elder Bairn attacks that have been happening within the city. It is during one of these attacks that Saya is finally able to catch a break, both literally as her sword shatters and figuratively as she ends up saving a girl named Mana whose friends are part of a secret internet hacking group called SIRRUT.

Since both Saya and SIRRUT have similar goals, Saya wants to murder Fumito and SIRRUT is looking for the location of Fumito’s secret organization The Tower they decide to work together. From here the story begins to settle in, as Saya focuses on preparing for the confrontation and Mana tries to figure out why she is so interested in Saya. It’s during this time that a better understanding of the universe this takes place in as Saya has to go get a new sword and Mana tags along to discover a certain magical shop that deals in wishes, indicating that Blood-C occurs in the same universe as xxxHolic adding a nice depth previously only hinted at. 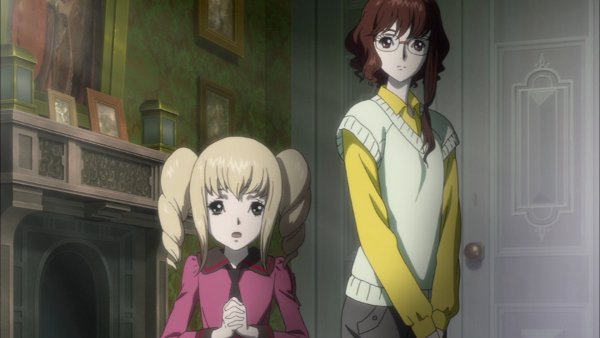 The characters throughout the movie are well done, while the series had some interesting characters they were under-minded by the fact that they were all actors, which convoluted the situation. Here Mana and her group are thankfully straight forward and outside Saya, Fumito, and a more cameo appearance by Yuka everyone is completely new. Saya is much darker in the movie than the series being more consumed by her quest for revenge, but really acts as more of a means to get to know Mana and her group. Even after finally wrapping everything up, the focus is more on SIRRUT with Saya simply still being out there somewhere as the group goes on with their lives, but this works great as Saya has gone where she could as a character and it would be unfulfilling to just leave them behind to focus on her.

Visuals
Being a movie, the extra effort being put into the visual look of the anime is great to see. CGI is utilized for many of the vehicles and a few of the monsters, but it never stands out enough to seem out of place. While it is fairly dark overall, with a majority taking place at night, this does an excellent job to reflect the much much darker tone of this movie than the vast majority of the Blood-C series, while contrasted against the brighter daylight scenes that surround SIRRUT. 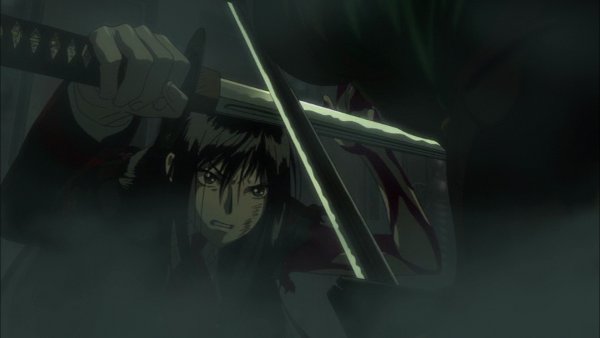 The look of the characters and Elder Bairns is well designed, though more so for the Elder Bairns as they are the more unique of the two groups. Saya has a somewhat different outfit than the series, though much closer to what her previous incarnations looked like. While there are only about 4 Elder Bairns that Saya faces off against, they are all vastly different from each other, continuing to do what the series did so well with the monster designs.

Audio
With quite a few all new characters it is good to see that both the Japanese and English language versions are able to fill all the new roles without characters sounding too much the same from series to movie. The voice actresses for Saya herself are able to match the much darker tone of the character, more so than even the ending of the series. The voice work for Mana is also well done as she experiences her own character arc over the course of the story, while the rest of SIRRUT don’t change as much as Mana they are still able to match up to each other in performance. 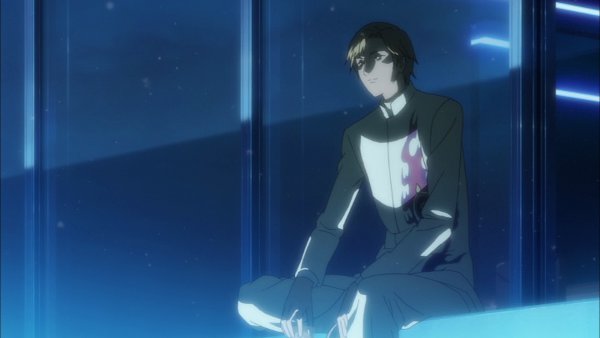 While there aren’t really any stand out pieces of music outside of the song over the credits, the music is able to to fit the feeling of the dark world and sinister motives that haunt the city. Throughout the movie the music is only orchestral, which works great for matching the movie feel as Saya faces off against enemies and as they all discover more of the truth. The ending theme itself, “Metro Baroque” by Nana Mizuki, the Japanese voice actress of Saya, matches the themes of Saya’s loss of herself and fighting to find it again.

Extras
The release of Blood-C: The Last Dark has many of the standard extras from commentary, promotional videos, trailers for the movie and other releases, but it also contains the NoNeNoNe Theater. Those that remember the twins in Blood-C, Nono and Nene, will recall they weren’t all that sweet when their true identity was revealed, but in their Theater they give a nice little outline of different characters and events that occurred during the series, making a nice refresher to those that may not of seen Blood-C in a while. 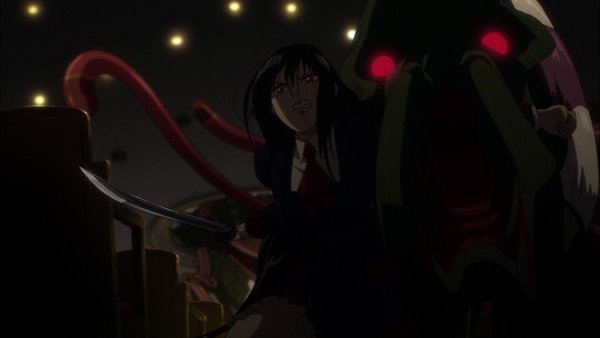 Overall
The ending of the Blood-C series left a lot of things in the air, the story of Saya trying to find out who she is was over, but left a lot to be resolved with the main antagonist. The Last Dark however is able to bring it all to a very nice conclusion and offer more time with the awesome version of Saya, while leaving enough unsaid about where Saya, as well as SIRRUT, will go from there for the viewer to draw their own ideas. The movie still mostly requires the viewer to have seen Blood-C to get the full depth, but at least it is able to give the satisfactory ending that the series missed out on having. Those that have seen and enjoyed Blood-C should also enjoy what The Last Dark has to offer.