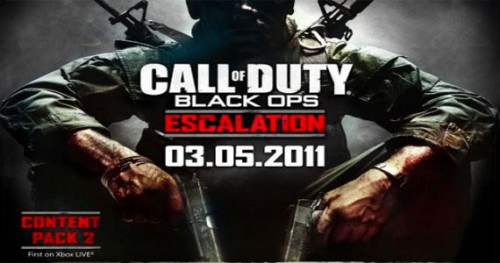 Overview:
With every Call of Duty game released, you know that there will be a map pack released sometime in the near future. Or two or three but in this case we are talking about Call of Duty: Black Ops’ Escalation map pack. Being the second released map pack exclusively for the Xbox 360 at the moment, the whole package contains four new multiplayer maps and the zombie map named Call of the Dead.

Now as with the First Strike map pack, Activision created a special playlist for early purchasers of the content including Team Deathmatch, Mosh Pit and more. Each of the maps included has its own special features to make it unique and help set it apart from what we have seen previously and for a price tag of 1200 MSP ($15) the maps definitely need to impress for the hefty price tag. Of course one of the biggest draws for these content packs is extra zombie map, and how exactly does Call of the Dead play?

Call of the Dead:
Now I will get to the four multiplayer maps in a minute but the highlight of this map pack is clearly the Call of the Dead zombie mode. As advertised by Activision and Treyarch over the past few weeks, players will step into the shoes of one of four famous actors playing as themselves. This includes Danny Trejo, Sarah Michelle Gellar, Robert Englund and Michael Rooker. This means you will be playing as the actors who acted in Machete, Buffy: The Vampire Slayer, Freddy Krueger and one of the survivors from The Walking Dead. 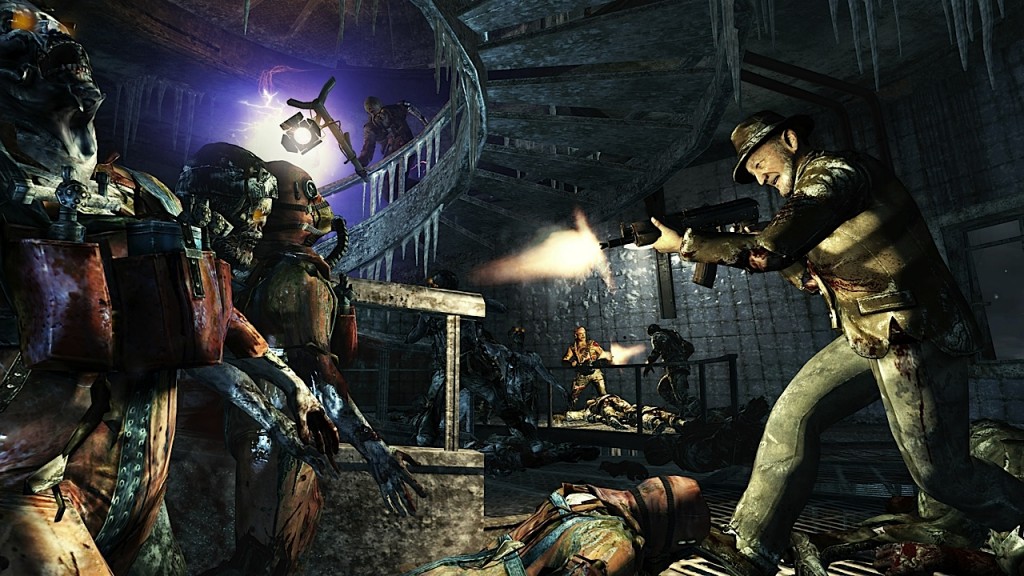 This star power is already a large draw because although the actors never reference their starring roles it is great to see such an all-star cast contributing to the title, and sounds much better than the same survivor voices we usually have been hearing lately. Besides these four actors you will also have to contend with George A. Romero himself, the creator of the Night of the Living Dead series. It seems that despite his knowledge of zombie movies he couldn’t avoid becoming one himself.

Romero is a constant threat in the level and is extremely tough to take down, with an Achievement ready to be unlocked if you are able to do so. Beyond his bouts of rage and electrified stage light however you will have to contend with the normal zombies. But rather than the usual method of zombies showing up through various boarded up windows and doors you will need to keep your eyes out all around you. Zombies may rise up from the water behind you ready to take your life, or even burst out of the ground or ceiling of a cave. They can climb up the sides of boats and of course through windows when they do appear. The Call of the Dead also has a very large map to play on which rivals anything players may have seen before making it the best zombie map you can find at the moment for any Call of Duty game.

Zoo:
Now originally the Zoo seemed like an odd place to have a firefight. Even more of an odder place because the zoo itself has fallen into disrepair and has no animals inside of it. Meaning you may not see any animals lingering around the zoo as potential targets or threats but you still have your fellow players to watch out for. The Zoo is a rather compact map but is also the most interesting one you can find among the four released for the Escalation package. 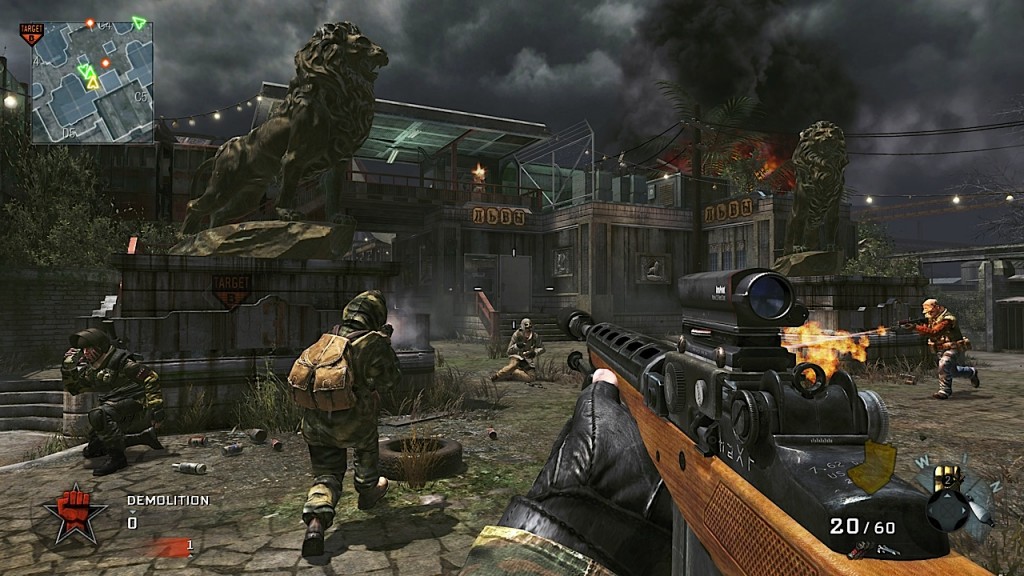 Players can run through various broken down zoo exhibits, including climbing rocks for gorillas and a broken down monorail system that provides an excellent vantage point for taking out enemies at a distance or for defending a position. The monorail is surprisingly well covered considering the fact that one would expect it out in the open.  Zoo’s uniqueness as well as its many areas to hide in and shoot from makes it a highlight of the package, especially for snipers though players who prefer to run and gun should find no trouble in this map.

Convoy:
Now Convoy first and foremost is a sniper’s best friend. If you love to kill enemies with sniping then this is the map for you. The map itself features an overpass road straight down the middle that is until you come to a big hole in it that takes you down to the rubble below. On the sides of the street are a number of buildings that you can fight within. The footbridges along the road provide easy Sniper access but are relatively hard to defend meaning that camping Snipers may find it difficult to dig in for long. The map has a number of various hiding places but doesn’t stand out very well amongst the other offerings making it perhaps the weakest of the package. 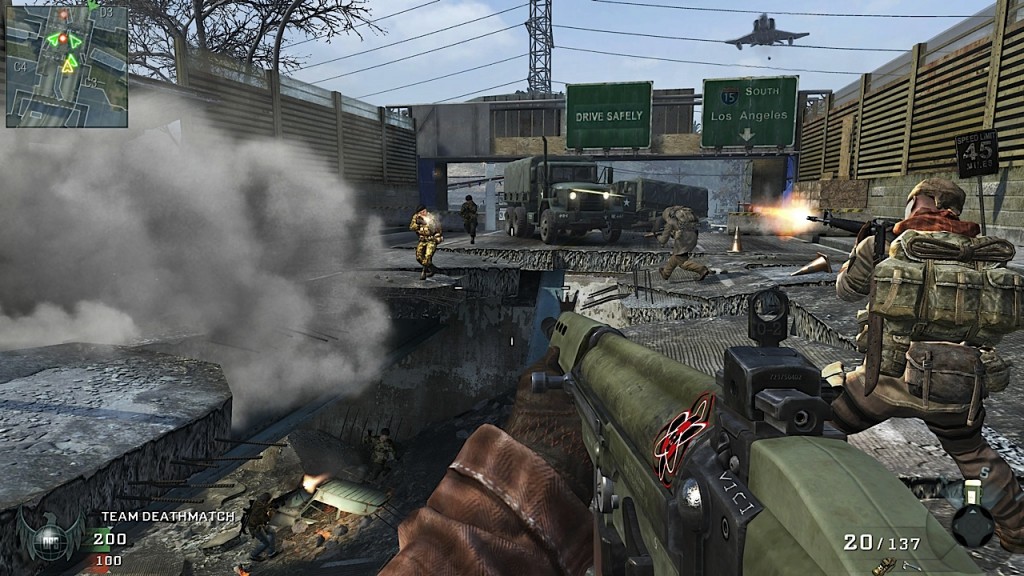 Stockpile:
Well that is until you play Stockpile. Stockpile is the classic “snow level” that was added in with the Escalation package and unfortunately feels extremely similar to every other snow map that you have played before, especially WMD. The map has a special area where you can close a door behind you to lock down a building but doesn’t really present much of an advantage. The level contains a decent amount of building types with plenty of open spaces so that you can always stay in the action but it really does feel like something that has been done before and it grows increasingly difficult to ignore the more you play on the level. 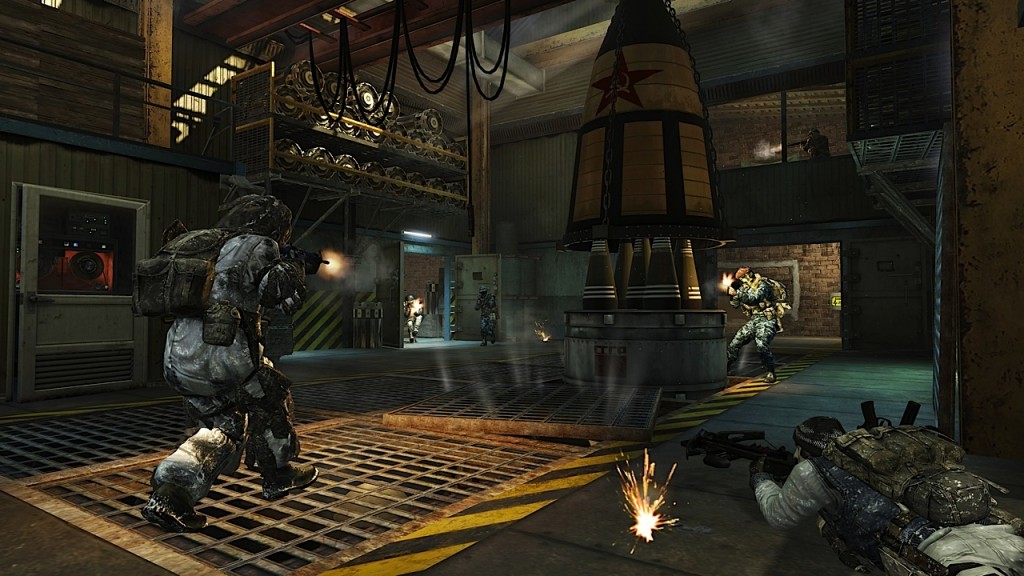 Hotel:
Now Hotel presents itself quite well as a standout level. Being rather self-explanatory in the title, Hotel places players on an extremely large rooftop hotel with two large buildings on each side, with the area in between containing some small drained pools and a drained swimming bar allowing cover from both sides. You can also choose to sneak around the sides of the level through small walkways, or even sneakier across some decorative lattice work.

The bulk of the action however will take place in the actual hotel buildings and this is where the elevators come into play heavily. Each hotel building contains these little deathtraps. The reason I call them deathtraps is because if you find yourself calling down the elevator with an enemy inside, things will get ugly very quickly. There is a nagging issue about the elevators however as players can easily place a claymore right at the elevator doors, causing it to explode the instant they open up and kill whoever was inside. This strategy is good in theory but is annoying. You can also avoid the elevators altogether and take the stairs however, but where is the fun in that? 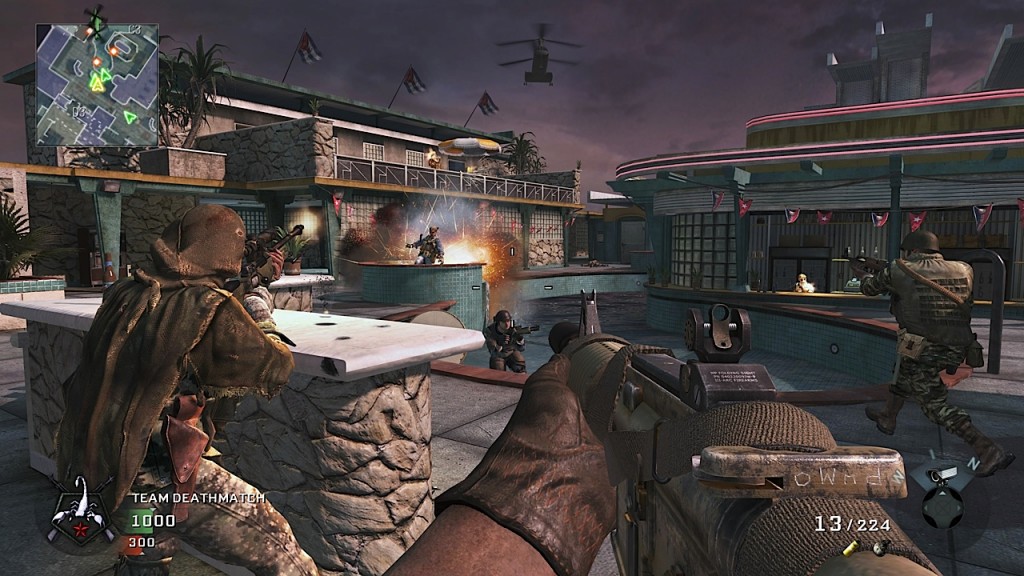 Overall:
Black Ops’ Escalation Map pack doesn’t fail to deliver on the expectations one would have for both Treyarch or Activision (or 1200 MSP). Despite having one very similar map each of the other three multiplayer maps has a very unique feel that helps set it apart from previously included maps or from the First Strike map pack. On the other hand, Call of the Dead is in a league of its own regarding quality. The mode not only improves upon the standard zombie formula used by Treyarch but provides a great atmosphere and map to experience it on.

I give Call of Duty: Black Ops’ Escalation DLC