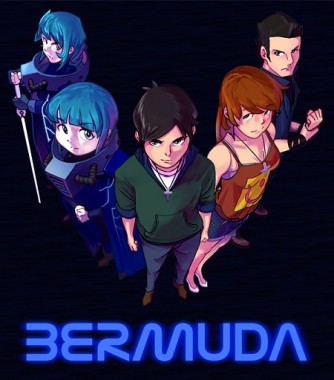 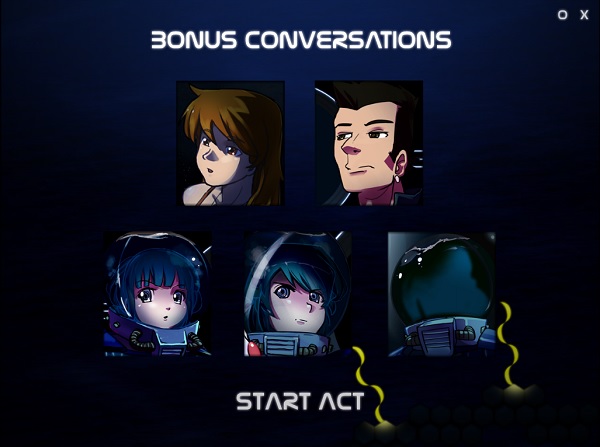 Bermuda is one of those titles that jumps out and surprises you in the face, making you regret ever doubting it in the first place. The adventurous stealth title was created by the talented InvertMouse, an independent developer who has also created other visual novel titles such as Unhack. Bermuda follows the adventures of Edward, Paul, and Joanna, as they are abducted onto an alien vessel during a camping trip gone wrong. With Joanna ported off the alien vessel and the remaining two captives still on the ship, Edward and Paul must figure out a way to escape this alien vessel, but they are held prisoners by their captors, who seem to be underwater dwelling beings that aim to keep the peace between humans and themselves, but will resort to violence when needed. The Bermuda Triangle myth that humanity has sought to understand for so long turns out to be much more than a myth. 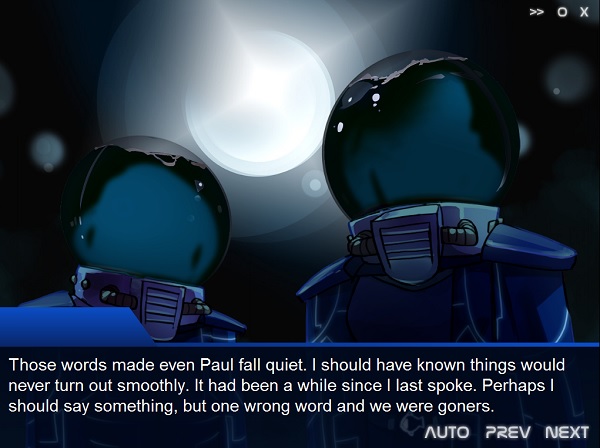 Gameplay is relatively simple in Bermuda, and follows more of a visual novel type of game progression. Most of the time, you are watching and listening to the dialogue between the different characters in the game. Every episode, you will be given a stealth mission to complete, one that requires you to complete a variety of tasks. Whether they be avoiding all the guards, keeping the guards off a certain floor, or turning off all the lights throughout the level without alerting the guards, players will have to be constantly kept on guard to make sure that they don’t trip any alarms or alert any guards. The stealth aspect of the game, while interesting enough, was nothing spectacular to speak of. It was fun however, and I found myself really getting into the challenge of going unnoticed on the ship.

Actually, the aspect  of gameplay that I really enjoyed was the visual novel side of Bermuda. I found myself becoming really interested in the origin of the aliens and where they come from. I couldn’t help but think of all the possibilities but I figured I’d keep my mouth shut and allow the game to steer me towards the answer. The characters were also pretty interesting, and I ended up really interested in knowing what the ship’s captain, Finyomu, and her right-hand, Mukan, had to offer the story. The fish-bowl aliens, as Edward describes them when he first meets them, are very serious-looking and ominous, but as you progress through the game and gain access to the Optional Conversations between Edward and the characters, you’ll learn that the aliens are actually witty and quite snarky. I had a hard time disliking Mukan, the captain’s best friend and lieutenant, even though she gives off an imposing aura whenever she’s around the “land-dwellers”. Everything about the game’s cast kept me involved in the game, and when the game reveals its twist in the story – and I can assure you, there is one – there’s nothing you can do but root for Edward and his peaceful point of view. 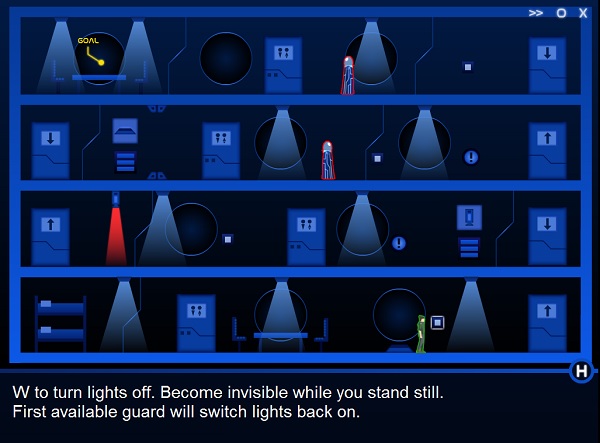 The visual novel kept me engaged throughout the entirety of the game and it was quite amazing. I usually don’t stay locked in long enough to reveal everything about visual novel titles, but I’m pleasantly surprised at how much I ended up wanting to know everything about the cast. There were some small gaps in the game where I didn’t feel very motivated to continue, but when you push through these small issues, it easily hooks you back in. 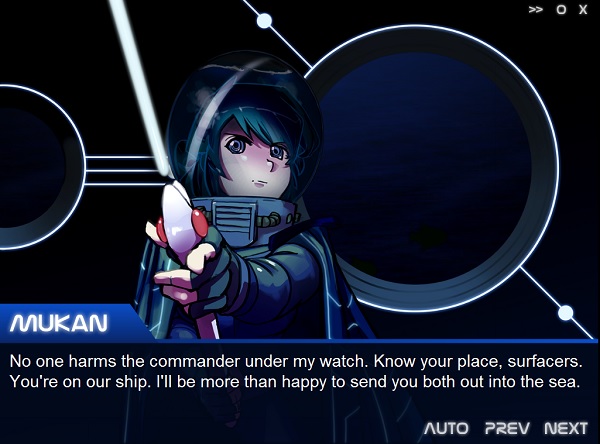 The artwork was done well, and you can’t ask much more for a visual novel title like this. The graphics of the game were very minimal, but you shouldn’t be worried about the graphics of the game in a title like this. The game’s graphics did what they were supposed to do, which was to keep you active as you made your way quietly through the levels. Especially considering that this was an independent title, the artwork was very well-placed, if a little sparse in terms of the variety of the characters and their facial expressions. The soundtrack was also very fitting, and it really set the atmosphere for an ominous, alien-like setting. The voice-acting was phenomenal, but could have been edited differently in certain spots. There were some big players who did the voice-acting, such as Miguel Moran, Kyle Hebert, Xanthe Huynh, Kira Buckland, and Cristina Vee. The voices were great and were definitely necessary to creating a full experience for potential players. 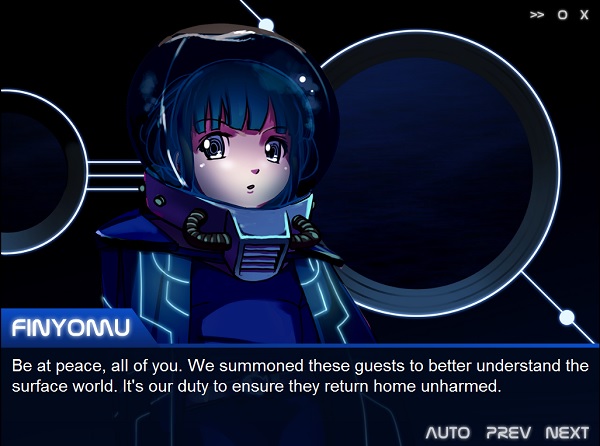 I would definitely recommend Bermuda to anyone. For the people who enjoy Visual novels, Bermuda keeps you interested and has a very intriguing premise. For those who aren’t huge fans of the title, the game is short enough that you can finish it before your interest expires, and still enjoy everything that it has to offer. The game’s length is clocked around 1 to 2 hours worth of gameplay, and each moment of it is interesting. Everyone should definitely check out InvertMouse’s site and look at all of his titles, but Bermuda absolutely one of the titles that you should look into. You can help InvertMouse out by checking out his Steam Greenlight page for Bermuda here.