This is extremely evident as you make your way through various levels and find that you are simply following each little waypoint without a single alteration in path or any deviation in strategy which means that the next time you may go through that area expect nothing to change. This already creates terrible replay value, but it makes it feel like you are barely even necessary to what is happening on the field at any given time.

To make matters worse, not only is the game practically straight line linear, there is a severe amount of limitation on the player. One specific mission places the player inside of a jet, presenting what many will see as an amazing chance to try out the newly added jet combat. Too bad that rather than controlling it and flying around you are simply sitting in the backseat shooting at enemies while the pilot flies around instead. 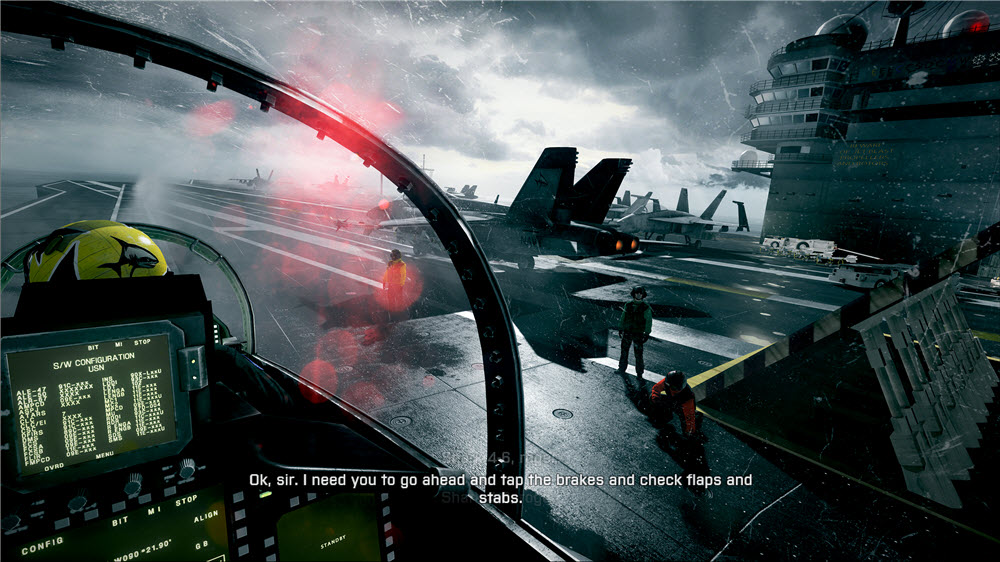 There is also something to be said about the game’s enemy and allied AI. Your friendly soldiers are of course the invincible walls that will stand by your side through thick and thin, but they are also extremely hindering to the amount of enjoyment you’ll derive from the title. This is due to the fact that while other titles throw plenty of enemies to shoot at and kill, most of the time you will be facing a small group of enemies in each firefight and often your allies will kill a decent amount of them. While this does a great job to make it feel like you are part of a team, it is a large hindrance to the actual experience.

It is truly a shame that the single player experience and even the storyline couldn’t be much better than your standard terrorists doing terrorist like things. It is a shame due to the fact that there are plenty of amazing sequences of the game which are truly a sight to behold, but unfortunately they barely make much of an impact due to the lackluster approach the story and overall single player experience has been given. Add this to the fact that you could clear the story in five hours tops, and you will feel like this mode is best played once and forgotten due to zero replay value.

Multiplayer:
While the single player mode may be underwhelming, the true experience in Battlefield 3 is in the multiplayer. Sitting right there on Disc 1 is a more refined version of everything that Battlefield 2 and Bad Company 2 had to offer. Players will have the option of selecting a quick match or choosing from a list of already occurring matches that they can join through a customizable server selection system that allows for anyone to find a match of their liking. 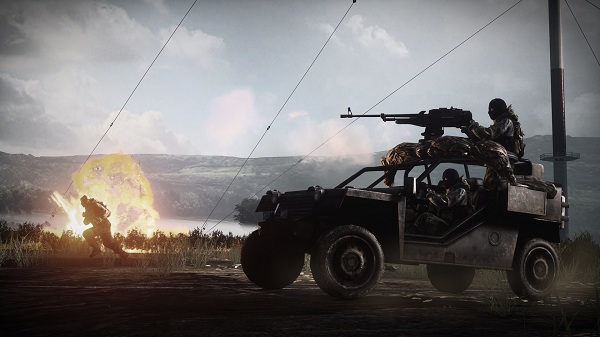 Battlefield 3 marks the return of many gameplay modes, including a Team Deathmatch mode for those who simply want to march around a field and kill other players. While that is the heart Battlefield 3’s other modes, the true value sits right in the objective modes Rush and Conquest. These modes allow for players to truly utilize the newly rebalanced classes to the max and make for thrilling multiplayer matches.

But before I go into detail about that, the size of the maps must be addressed. Unlike other shooters on the market, players will find themselves in quite large multiplayer maps that contain not only plenty of vehicles but tons of ground that can be covered in a multitude of ways. Now this can sometimes be a hindrance when you have to march a distance to combat again once you die, but the 12 vs. 12 matches help provide plenty of action all over these large areas.

The four classes that players can choose from are the Assault, Engineer, Support and Recon classes. Now some of these may sound familiar to those who have played past Battlefield titles but a number of changes have occurred. The biggest change is that the Assault class now doubles as the medic as they carry around healing containers that can be laid out at any given time to help out those around them.

Another new addition worth mentioning is the suppressing fire mechanic which has been included in Battlefield 3. While every class can make use of this through their weaponry, the class to find the most use for this is the ammo supplying Support class. These fighters can now find themselves carrying light machine guns that can now be mounted on flat surfaces via a new attachable bipod to increase accuracy and recoil as they lay down suppressive fire. Enemies that are being suppressed will find their screens becoming blurry and their own accuracy will drop, making it possible for allies to move forward or take them out with minimal threat. 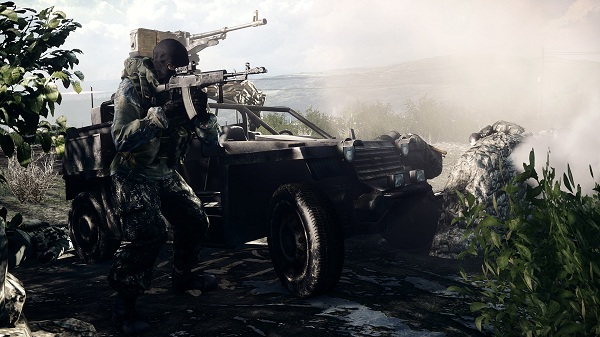 This is something that strikes to the heart of Battlefield 3’s multiplayer experience. While other titles may be all about who can get the most kills without much variation, Battlefield 3 can be enjoyed in a number of different ways. Players will earn XP through various feats on the field whether it be healing or resupplying others, capturing objectives, suppressive fire and much more. One new addition has been made to the multiplayer, including the ability to go completely prone and crawl around on the ground. The game allows the player to instantly drop to the ground if need be which is useful for taking cover, especially when you hear the sound of an enemy tank rolling past.

There is no set way that players need to play this title. Rather than running ahead you can simply stay in the back and lay down fire for others, supporting your teams advance towards an objective, or sit in the back of a vehicle and repair it as it gets damaged to allow for another to continue destroying the enemy. This allows for players to enter into a game without worry of frustration as there is always a way to have fun and enjoy the amazing combat experience that is Battlefield 3’s multiplayer.

To flesh out a bit of multiplayer from the campaign, Battlefield 3 contains co-op stages that the player and one other person can take on in a group of two. The only problem here is that these levels are extremely linear and so scripted that you will likely come to remember exactly where each enemy will pop out of next the next time you play through a level with a partner. 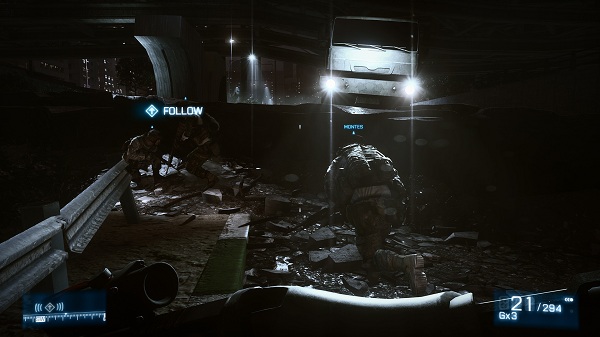 This wouldn’t be a problem, if it wasn’t for the fact that there are only six co-op stages for the whole experience. To make matters worse there is no local co-op support, meaning that if your buddy sitting next to you wants to play then the best thing for them to do is go home and buy a copy themselves. The co-op stages are set up through a rather poor lobby system that is hit and miss.

The stages themselves, while strictly scripted, are a fun experience to be had however. When you are playing with an adequate partner then most of the levels will be rather enjoyable the first few times through, but if you are stuck with a partner that is a poor player then they will most certainly drag you down, especially in areas involving one player flying a vehicle and the other shooting enemies. Ultimately the co-op would be best sampled lightly and only tried with those who you know will be able to hold their own or else you’ll be on the wrong side of a failed mission for no fault of your own.

Overall:
Battlefield 3 is perhaps the pinnacle of the multiplayer experience. It stands as perhaps the most fun I’ve ever had in an online shooter. DICE’s Frostbite 2 engine has created one of the best looking games you could ask for, though just be sure to download that HD texture pack to assure that you can witness it in all its brilliance. The only negative here is that the game’s lackluster single player mode ends up dragging down the title, which in the end must be seen as a complete package rather than two separate entities. Still, even with the disappointing single player and co-op modes, Battlefield 3’s multiplayer is in a class all of its own, ensuring that anyone who picks it up will not be disappointed by what they find.