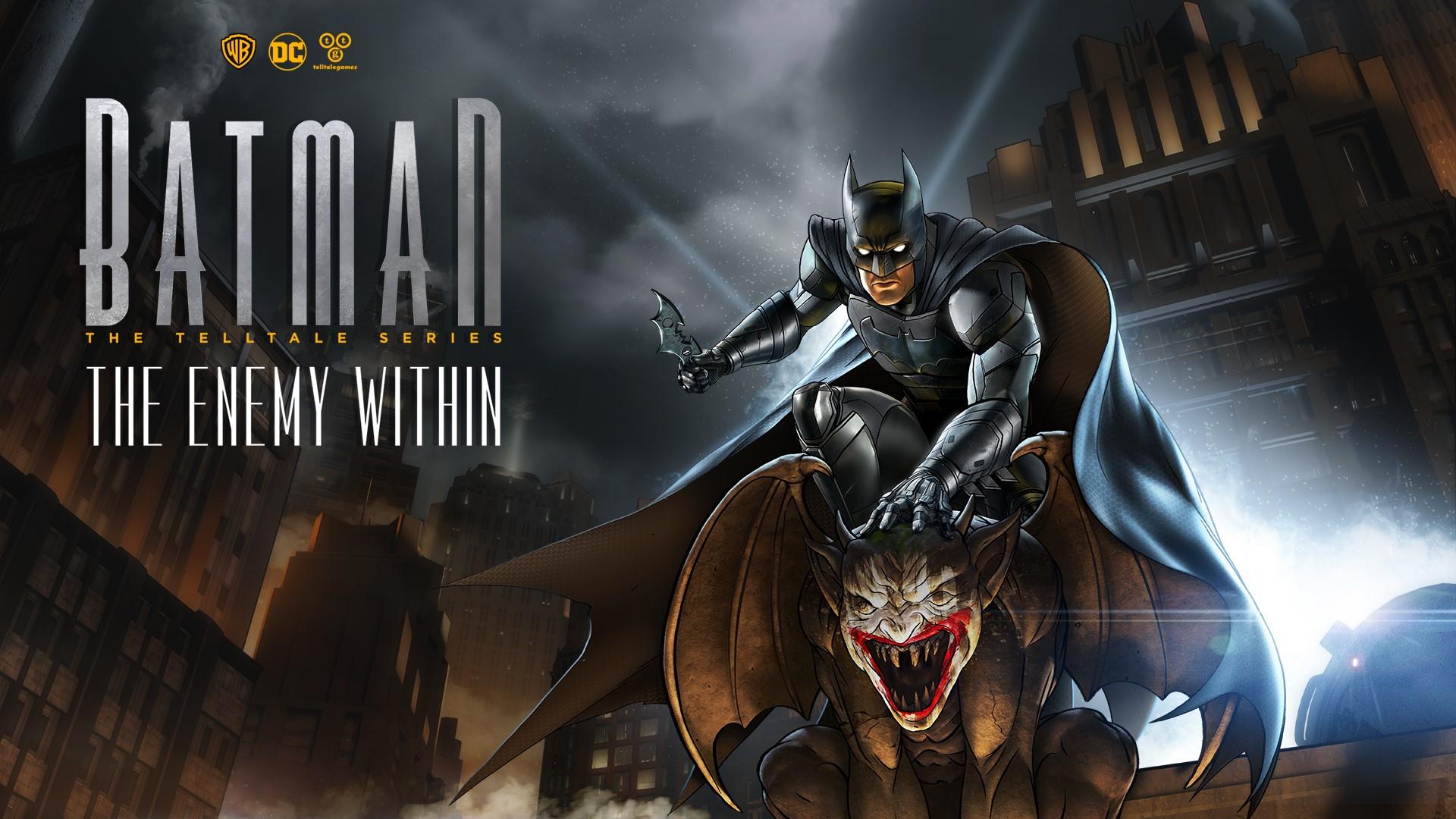 Batman: The Enemy Within – The Enigma

Telltale Games has seen quite a bit of success when it comes to tackling already established series and putting their own spin on things with perhaps their biggest twist being on the Batman series. Not only did the writers manage to craft a story that is unlike anything that most fans of the Dark Knight have seen, but they even managed to make it just as interesting to play as the man beneath the cowl, Bruce Wayne, as it was to be Batman. Now with the series returning as Batman: The Enemy Within, the first episode comes in the form of The Enigma. Does this first episode kick the second season off to a satisfying start?

About a year has passed since Batman managed to take down Lady Arkham and put a stop to the Children of Arkham’s plans in Gotham City and not only has the city welcomed the caped crusader, the GCPD and Commissioner Gordon are working hand in hand with the vigilante. This has led to the lowest crime rate in years for the city but that doesn’t mean that the long history of the Wayne family and Gotham City has come to an end. 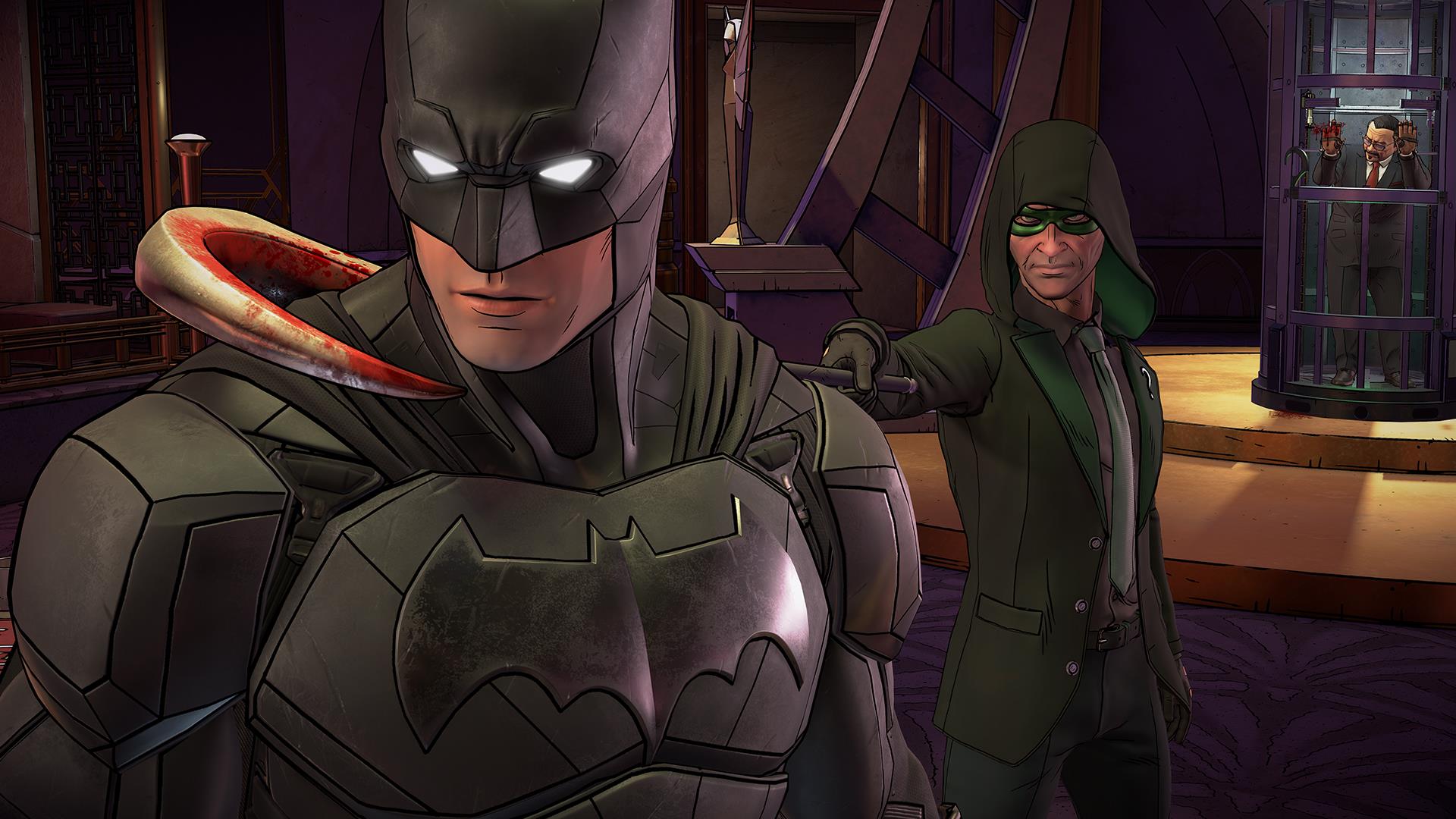 While investigating an arms dealer Batman learns that a criminal mastermind named the Riddler that was once thought to be dead has returned to Gotham and has big plans for the city. After leaving Batman with a strange puzzle box and making quite an impression on Batman and the GCPD, things only get worse as a new government agency led by the shady Amanda Walker has arrived on the scene. With the power to supersede the local police, Walker has her eyes set on Riddler and isn’t afraid of working with Batman to get her way, though whether or not Batman plays nice with her and her agency is one that is up to the player.

Although the first episode of the last season left players feeling like they got gut-punched due to the major revelations at the end, The Enigma doesn’t have to worry about offering such a huge twist to hook players and instead focuses on setting up the arc for the rest of the season while also presenting a solid story all in one episode. Thankfully the writers have managed to pull off both of these elements fairly well as not only do Riddler and Walker serve as intriguing villains and unknown factors respectively the team continues to take massive risks as they continue to alter expectations by making major changes to certain characters. 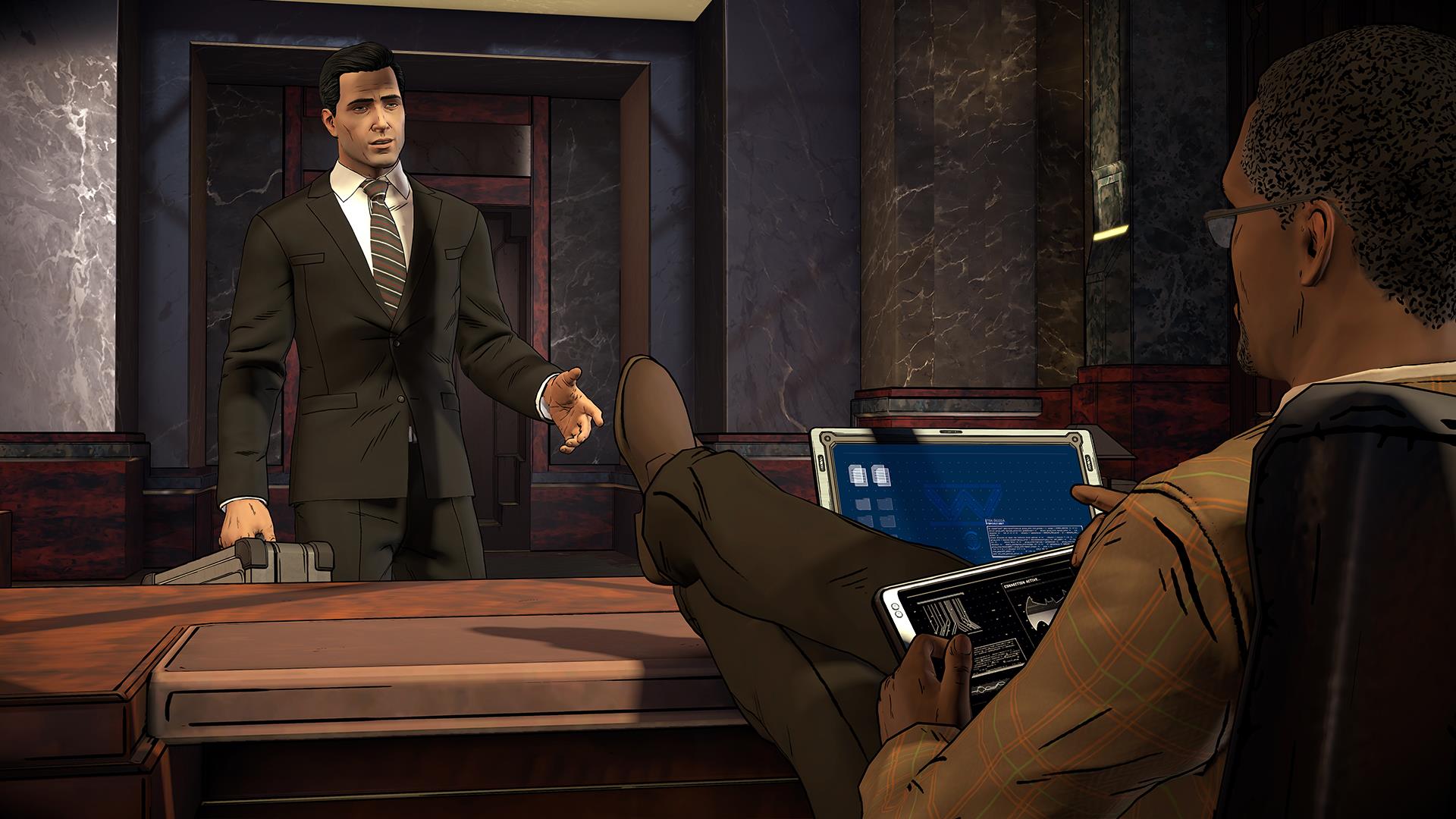 The continued split that allows players to explore both Bruce and Batman allow for some of the best gameplay divides in a Telltale series so far and even the development of what, at least appears to be, an expected villain is handled extremely well here. Thanks to the events that take place throughout the story and a solid build up as well as a big twist right at the end once again, Telltale leaves fans eager to see what could possibly happen next.

It is interesting to note that quite a bit of the gameplay elements in Batman: The Enemy Within have undergone some improvements. Making dialogue choices remains the same as before and even the quick time event based combat is mostly the same, the combat is far more fluid this time around thanks to the fact that players can make direct decisions during a fight. Rather than worry about building up a “finisher” meter or plan out an attack beforehand, Batman is capable of selecting one of two prompts during combat to perform specific attacks in the midst of battle. One thing that is worth noting is that, although players are dealing with Riddler, the puzzles in the episode are incredibly simple to the point of them barely being called puzzles. 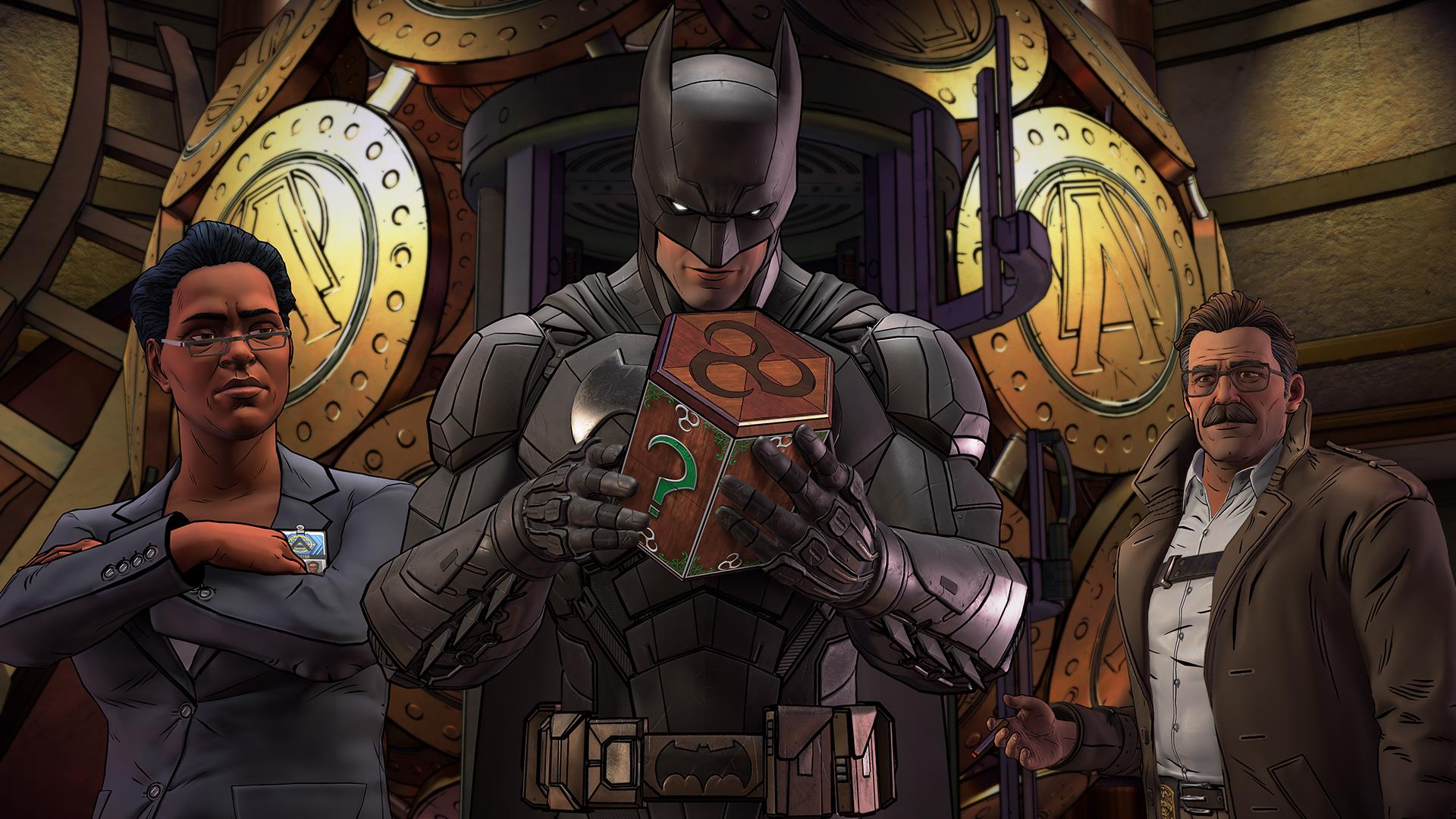 With the story taking place a year later Batman also has a handful of new toys to use in combat that keep things fresh. In fact, even the investigation elements have been touched up a bit to run far more fluid than before, though whether this remains the same in the future has yet to be seen. It is also worth noting that once you complete the episode, you’re given a rundown of your current relationships with key characters and how your choices/actions throughout the episode affected this, something that is a nice touch that only briefly appeared in the past.

Thanks to the improved presentation of the quick time events and fights, players will be in for quite a treat when it comes to the action sequences in Batman: The Enemy Within’s first episode. Thanks to the way combat decisions are handled players will be in for a faster and more fluid experience here and despite the episode being longer than usual, I never noticed any element of tech hiccup throughout my time with it. 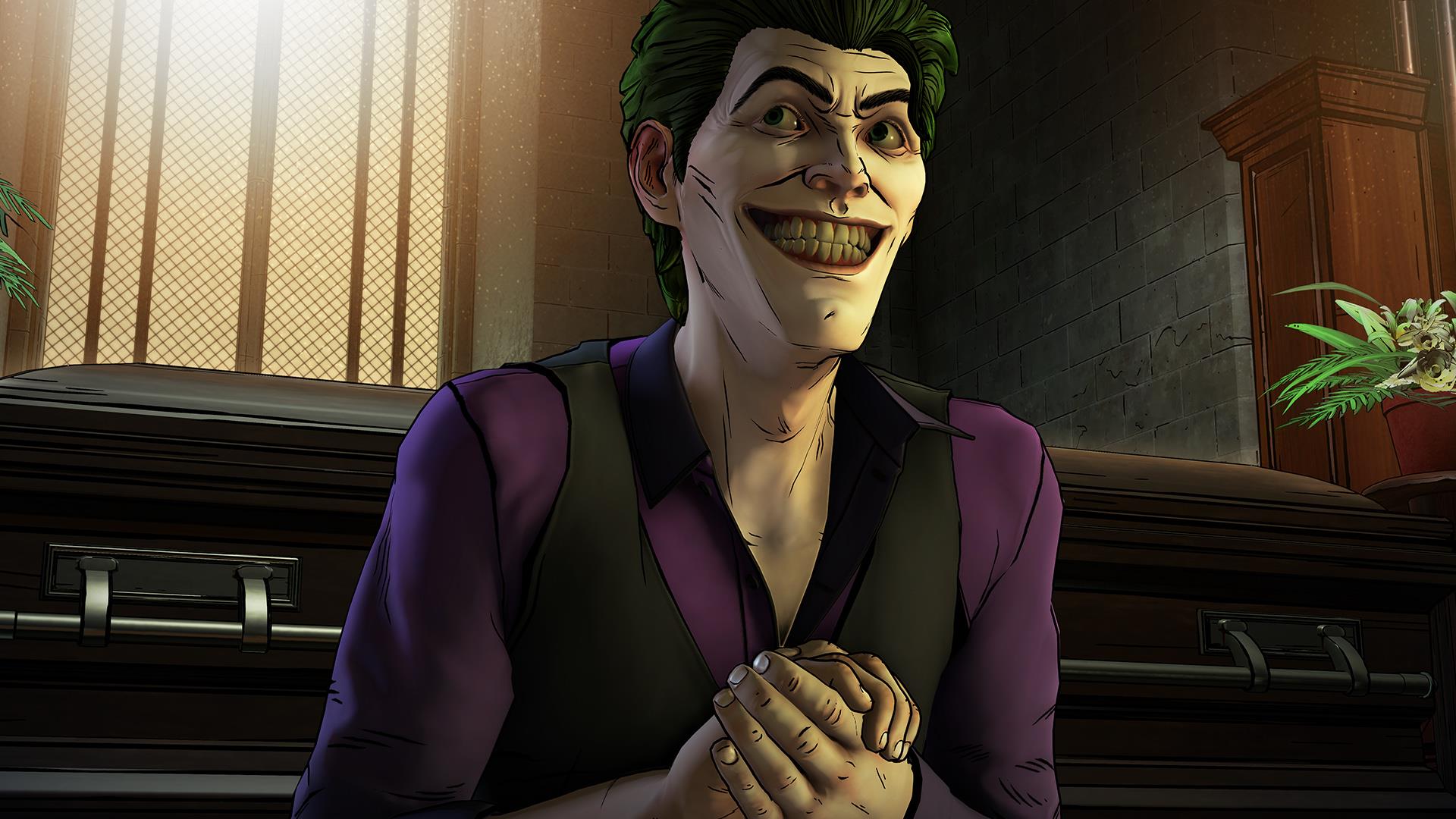 The soundtrack throughout this episode features a couple of familiar tunes from the previous season as well as a number of other fitting background tracks mixed in. All of the voice actors appear to have returned to handle their characters this time around and they all fall back into their roles perfectly while the new cast fits right in with the rest.

Telltale Games continues to show that even with a highly established franchise they can take the reins to do nearly anything they want with the series here. By giving players plenty of new threats and characters as well as numerous events for familiar faces Telltale has laid a lot on the table here in this first episode and presents us with a strong start to Batman: The Enemy Within.

The Enigma gives players plenty of development for some returning characters as well as more than enough buildup of new threats and characters that they will be eager to see just what will happen in the future.
8.5