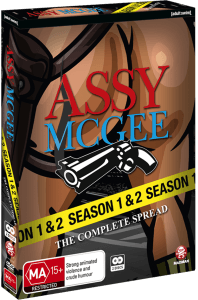 Overview:
Adult Swim programmes are not usually known for subtlety, so it comes as no surprise that Assy McGee is about as unsubtle as these types of shows come. But does subtle always equate to comedy? No. But does it mean that not being subtle equates to comedy? No. A balance is necessary when it comes to comedy. Sometimes to obvious can be funny and likewise sometimes something that is subdued can be funny. Assy McGee goes for the obvious jokes and hits all the notes you’d expect it to hit. But does Assy stink or swim? 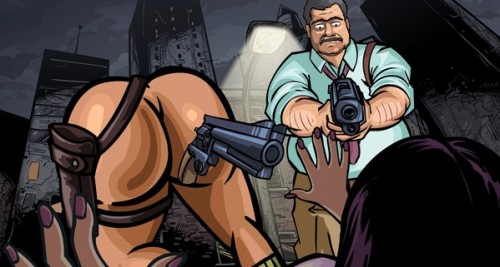 Story:
The plot of Assy McGee is simple, yet complicated, yet unimportant, all at once. All you need to understand is that there is an ass named Assy McGee, who is a detective at the police headquarters and hes a total ass. I mean he literally is an actual ass.

Each episode runs for roughly 10 minutes or so and follows Assy as he tries to solve a case, usually against his commanders orders. How does an ass solve crime you ask? Well he mostly just walks in a shoots everyone, then gets drunk and uhh… Yeah he kinda causes more trouble than he solves. He is definitely the worst officer of the police headquarters.

Other than that, each episode is littered with the expected ass humour. Assy often farts randomly, stinks and just does what an ass does in general. A lot of the humour is based around the fact that he is an ass. Oddly none of the characters ever acknowledge that he is physically an ass, opting to instead comment on his personality as being a total ass.

For an Adult Swim cartoon, which are known for being obvious and crude, Assy McGee is definitely memorable. Mostly due to it’s complete out of left field concept. Overall it is a quite humourous ride. But ultimately, I believe it may be a little too low-brow for a lot of people. Though, if crude humour is up your alley, Assy will certainly appeal to you. 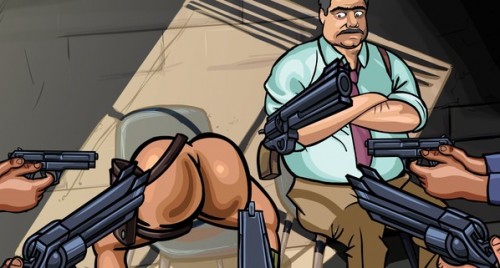 Characters:
The cast of Assy McGee consist of the titular character who as I previously mentioned is an actual ass, that solves crime. Other than Assy, the rest of the cast aren’t particularly used for humour. They mostly play the straight man to Assy and provide something for his craziness to bounce off of.

Although well concieved Assy is at the end of the day, still a stereotypical asshole detective character, no matter how original his design may be. Like Assy the rest of the cast fill stereotypical roles – the sidekick, the angry police boss, unhinged priest, etc. Thankfully they are all interesting enough to base comedy upon and therefore work in their intended way.

Artwork:
Assy McGee has a very unique art-style which oozes Noir and Grunge each and every frame. The series is dark, that is for sure. The fact that they opted for this art-style adds to the gritty and often disgusting crude-ness on display. It works extremely well and provides Assy with it’s artistic centre which may appeal to some and drive others away just upon inspection.

The fact that they opted for such a unique visual-style is a credit to the creators as it would’ve been just as easy to go for a straight for animation style, which would have no where near as much heart as Assy McGee ends up having.

It’s this visual flair that makes Assy stand out from the Adult Swim crowd which consists of a lot of basic styled American animation artwork. Assy McGee however contains a memorable and easily recognisable art-style that suitably looks as funny as the show is. 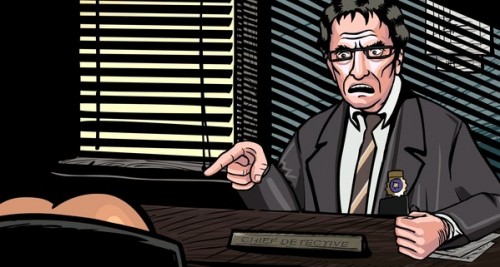 Audio:
The audio on display in Assy McGee is truly brilliant. Not only does it compliment the concept and characters well but it also is damn catchy. The theme song in particular will have you humming along after a few watches. The incidental music and score in general are also well concieved and make a perfect match to the show.

The voice work was all on par, however I found Assy’s voice to be a little difficult to adapt to at first. However after you watch a couple of episodes, his speech patterns become second nature and are easy to comprehend and accept. All in all it was a commendable job by the audio department.

Special Features:
Madman didn’t manage to pack a hell of a lot of special features in here, however with a nice slip-cover packaging as well as containing two entire seasons is something to be happy about to say the least. There is certainly enough on offer here to appease anyone.

Due to the episodes being so short there is much replay value in quick bursts, thus eliminating too much need for special features to get some extra life out of this collection. I believe what we got was good enough, though something a little extra wouldn’t have hurt. 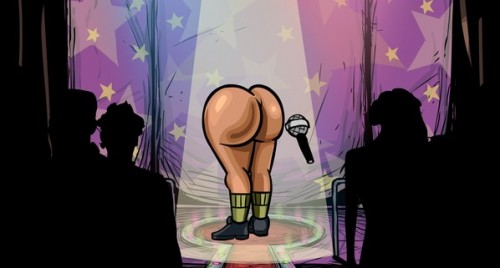 Conclusion:
In closing, Assy McGee is indeed an original series. I know I certainly haven’t seen anything like it before. It knows how to bleed every possible laugh out of the viewer as it possibly can with this concept and does so resoundingly. There may be a little too much obvious jokes on display here but it doesn’t detract overall from the experience.

This series is for sure going to be very divisive. There will be those who hate it with a passion and those who love it. Whether you love it or hate it at the end of the day, Assy McGee is wildly original and doesn’t leave a single possible joke unmade by the time the final episodes credits roll. It’s predictable, but still unpredictable enough that it ultimately is a winning formula, but it is still short of an Adult Swim classic.

I give Assy McGee Season 1 + 2 Collection: