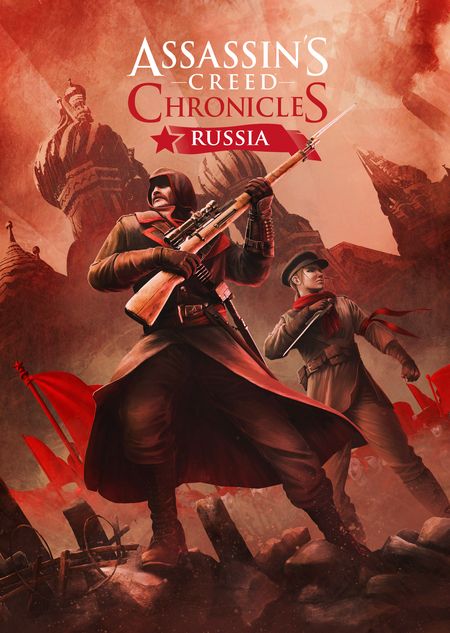 The story of Ezio’s box is finally coming to a conclusion. It is now 1918 and Russia is the in the midst of a revolution. In the chaos, Nikolai Orelov is sent on one last mission for the Assassins: recover the Ezio’s box.

Nikolai Orelov is desperate to escape the Russian Revolution. The Assassin Order has commanded him to complete one last mission before he is allowed to take his wife and daughter out of the country, away from the violence that grips the streets of Russia. Orelov infiltrates a house where Tsar Nicholas II and his family are being held by the Bolsheviks and manages to leave with the box and Princess Anastasia in tow. The simple mission has taken a turn for the worst, as Anastasia is now channeling the memory of Chinese Assassin Shao Jun after interacting with Ezio’s box. Assassin’s Creed Chronicles: Russia probably has the most interesting story of the three games, though the short nature of the game hamstrings the overall story as there is not enough time to properly flesh out the plot. 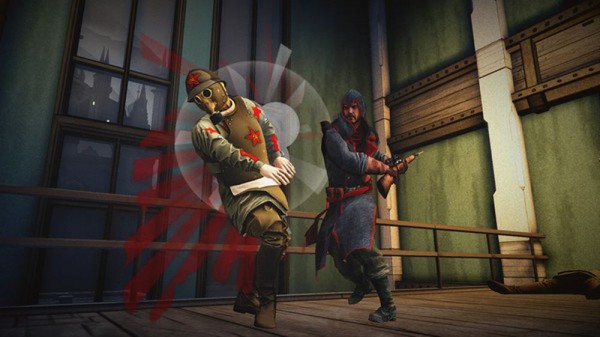 Assassin’s Creed Chronicles: Russia plays like the previous two titles. It is a 2.5D platformer that mixes stealth with traditional platforming and a few sniping sequences. Unlike the previous two games, players will control two characters in Russia. Nikolai has a full compliment of Assassin tools, but lacks the Helix abilities of his predecessors. Princess Anastasia on the other hand only carries a version of Shao Jun’s rope dart but is able to use the Helix abilities to get herself out of a pinch. It is a bit of a shame that players never really get the opportunity to use the full compliment of Assassin skills and ability in the main game.

Unfortunately, the new game still hasn’t done anything to address the problems of the previous games. The same leveling system is in place, which means each level has two possible upgrades that can be earned by staying out of sight and leaving enemies unmolested. The score requirement for each level’s upgrade is pretty stringent, with the easier upgrade in reach for a mostly stealthy run, while the second upgrade will need a nearly perfect stealth run to earn. For those who aren’t particularly skilled at pure stealth or want to pursue a more aggressive approach, the game will simply become harder and harder as players are locked out of upgrades. It is quite obvious that the developers are not expecting new players to start with Assassin’s Creed Chronicles: Russia as a full tutorial is missing from the game. 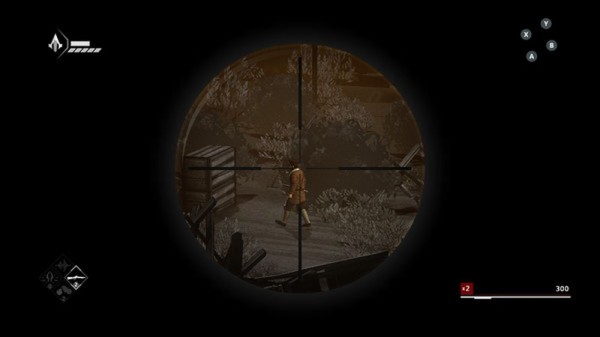 The level design is pretty bland this time around. It is mostly stealth missions with some action and sniper sequences thrown in for good measure. There is very little room for freedom and creativity when approaching a level. Often times, there is only one real way of pulling of a perfect run which makes gameplay quite annoying. The chase sequences are particularly bad, as the room for error is practically non-existent and errors are not always punished instantly, which is incredibly frustrating. There is some decent replayability in the game, for what it’s worth. There are two New Game Plus modes and challenge rooms to test Assassin skills. 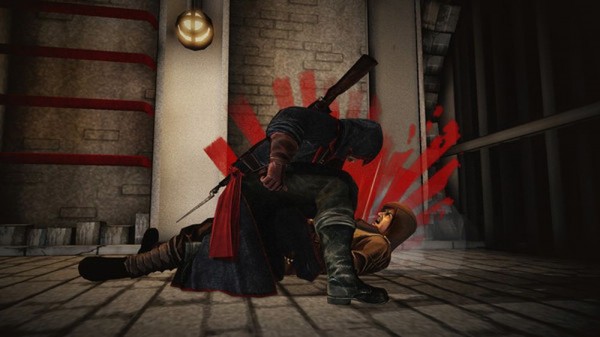 Unfortunately, the game lacks that visual flair that makes the game unique. After the bright colours of India, Assassin’s Creed Chronicles: Russia goes back to the muted colour scheme streaked with blood red. An ever present film grain effect gives the game a little bit of grit and there are moments where the game channels classic Soviet propaganda posters, but those are few and very far between.

Most of the models and the animations are excellent. However, the game does not handle models with rifles very well. Many NPCs can be seen holding an invisible pistol grip instead of holding the rifle correctly. The game maintains a rather sparse set of visual options on the PC, similar to previous titles. On the flip side, the game ran smoothly in my testing. 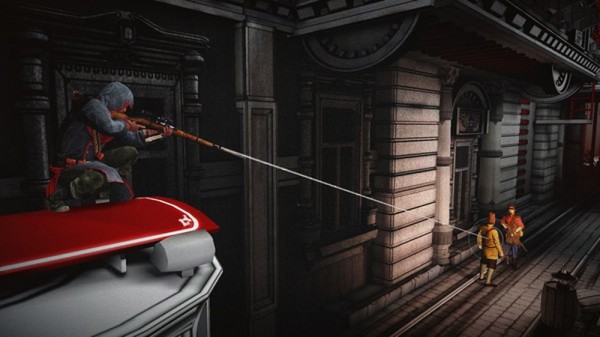 The sound effects and soundtrack is excellent in Assassin’s Creed Chronicles: Russia. The voice acting is a bit of a mixed bag. I like the fact the NPCs are quite chatty, though their lines get recycled pretty quick. I’m not a fan of how inconsistent the Russian accents are in the game. The performances literally run the entire spectrum, from awful American accents with the odd Russian vowel to performances that sounded Russian enough to my ignorant ears. 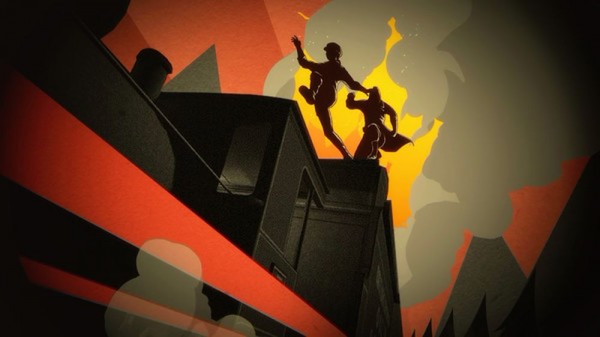 Assassin’s Creed Chronicles: Russia is probably best played by hardcore fans of stealth platformers and those who enjoyed the previous two titles. The story isn’t deep enough to recommend to fans of the Assassin’s Creed franchise. Problems that have plagued the game since the beginning have still not been addressed and the level design is bland at best. There just really isn’t anything new or interesting enough to warrant another look at the series.

Assassin's Creed Chronicles: Russia for better of for worse has brought nothing new to the table and is still mediocre as ever.
6