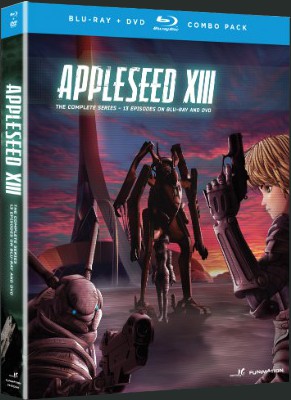 Overview
If one were to poll anime fans of the best or best looking anime there would probably be plenty that say one or more of the Appleseed films that have been made over the years. With a fairly good reputation it is no surprise that another entry into the Appleseed universe would go into production. Instead of a movie though, this time the story spans an entire thirteen episode series. Is there much more story to tell this time around or simply more drawn out than necessary? 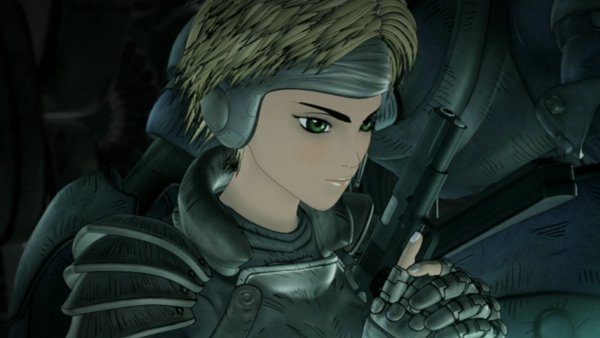 Story
Appleseed XIII still centers around Deunan and Briareos in Olympus, as previous works have, this time tasked with a total of twelve Herculean feats and apparently an additional episode. Herculean in the most literal of intrepratations as each episode is titled after one of Hercules’ tasks, statue depictions appear regularly, and many elements that the two face or deal with bear similar names. This isn’t much out of place of in the universe as Appleseed in general has many allusions to Greek mythology, but here it is very front and center almost demanding that parallels be drawn. This is unfortunately haphazard as parallels start to fall apart when attempting to look closer, after all who is supposed to represent the hero Hercules? Deunan, Briareos, or perhaps both of them?

In terms of character and development the main focus does seem to be on Deunan, though Briareos does have his own growth throughout the series. The additional episode that lays outside the twelve tasks does in fact serve a purpose in showing off this change to their dynamic, an interesting though strange capstone to the adventure to show how far they’ve come. This is great to see, as opposed to simply trying to get everything back to status quo, instead cementing the fact that their adventure has had some meaning. Unfortunately, the other characters that surround the two are much more flat, as it seems all of the focus must be on the main characters or the villain. 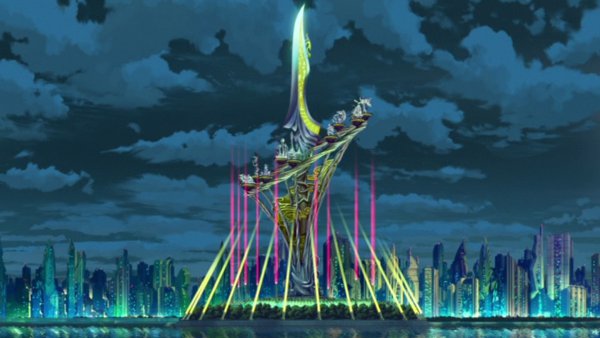 The characters and forced parallels aside the main bulk of the story is actually very well done when taken as a whole. The very beginning hits a few stumbling blocks as it seems more like a mission of the week, but after about half way through the big picture is actual pointed out. Some episodes are more action oriented, while others are far more focused on the characters. Over the course of all the episodes though, not everything is stated straight out, leaving the viewer to figure out some of details for themselves. This is nice in a time where often flashbacks are used to explain and even though there are flashbacks used throughout the series, they are more about capturing the feeling of a scene than used to present new information.

Visuals
It wouldn’t really be Appleseed without CGI animation, which this series follows through on with pretty detailed models, great looking backgrounds, and cell shaded style that reflections itself as anime. But, in addition to the CGI visuals, there are several pieces of art that point to the ties to Greek mythology. Depicting different scenes throughout mythology, these art pieces complement the twelve statues of Hercules’ tasks though unfortunately suffer from the same haphazard demand of parallels to be drawn. While they all look great, how they all fit in together in the grand scheme of the anime paints them almost as more to stretch out the needs of time. 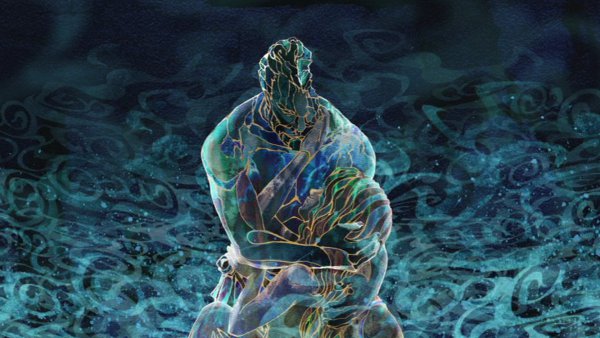 An interesting detail about the series that may be difficult to tell is the fact the it is not the work of a single studio producing all of the episodes. One studio producing thirteen 22 minute episodes would be a huge investment of time and money that despite how beloved Appleseed is, no one was willing to take on. Instead each episode is the work of a different studio, all utilizing their own methods of how they want to make it. Regardless, the series as a whole looks completely natural together not suffering from drastic changes from one studio to the next, that overall makes this a huge accomplishment.

Audio
The music present throughout Appleseed XIII is a little different than in traditional anime right from the start, where generally an opening theme will set a pseudo mood to a pop-esque song, but this series uses a shorter choral song that fits the more mythological based aspects. From there the music throughout the series is much more like the music that is used in movies, centered on adding to the emotional level of scenes rather than as an addition to spectacle. The ending theme is likewise short and to the point, but instrumental mainly focused on somber violin. 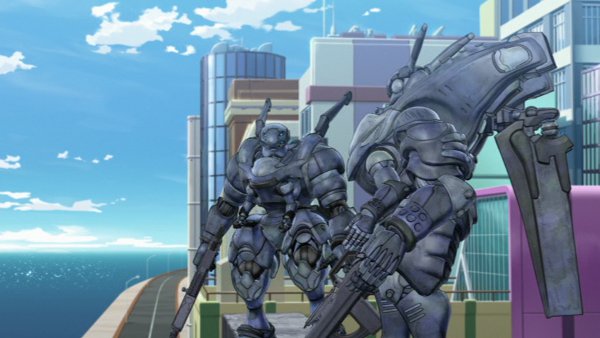 In terms of voice acting it is nice to hear that the English dub was able to get the voices from the previous two movies back for both Deunan and Briareos. While having a different Japanese voice for Deunan, though at least Briareos from Ex Machina, it might have been easier to just go in a different direction but instead going the extra distance and bringing Luci Christian and David Matranga in shows the care taken on the dub. Outside the two stars, the supporting cast does a upstanding job even with having to perform for more or less flat characters, though Hitomi does hit some high moments in the last episode by breaking into being a bit sillier.

Extras
There is the usual in terms of special features for a FUNimation release with commentary, clean opening and closing, and trailers for other releases, but there is also a set of thirteen videos that go behind the scenes of each studio. Obviously having the thirteen different studios work on the different episodes is a big deal, so this extra set of features looks at each studio and episode individually to show how they were made, from just who each studio is, to the methods each studio took. It is interesting to see how some of the episodes uses motion capture, while others were done entirely manually, as well as how each studio approached the task as some episodes are more action heavy and others character interaction heavy. Thus making a great addition to the DVD for fans of behind the scenes material. 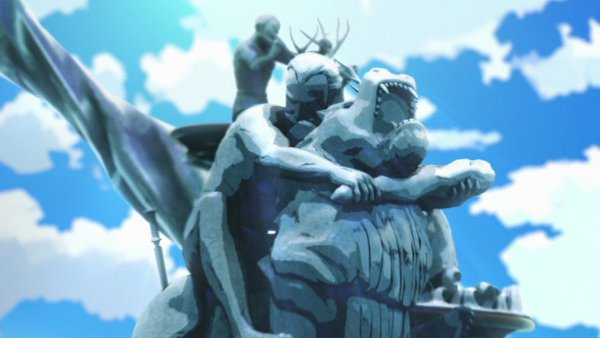 Overall
Carrying the name of well liked and well known anime feature films certainly doesn’t do any favors for an anime series outside of drawing in the fans, which sets a high benchmark to try and live up to. With all of that, Appleseed XIII doubles the amount of time viewers have spent with the characters since the first OVA and definitely has at least some development for Deunan, Briareos, and their relationship. While some of the visuals feel misplaced at times, they certainly give a different aesthetic. The series as a whole is a good addition to the universe, unfortunately the minor flaws of forced parallels and cuts to the different artwork, seemingly to pad out time, holds Appleseed XIII back from matching its predecessors.