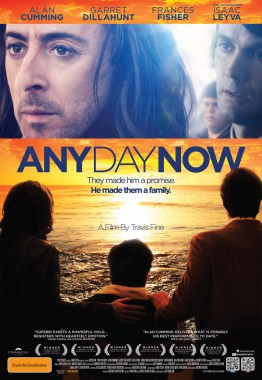 Director, Travis Fine delivers a beautiful masterpiece with the film, Any Day Now; inspired by a true story that touches upon the barriers of sexual, social and legal discrimination in the 1970’s. The audience is thrown back to a despicable period that was closeted to the idea of change and accepting everyone as equals, regardless of their sexual orientation. The motion picture officially selected for this year’s Mardi Gras Film Festival and the Melbourne Queer Film Festival, reinforces the relevant struggle within the gay community and captures the hearts of our world today. 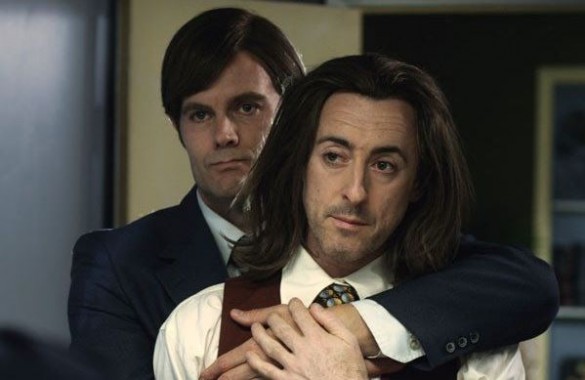 Welcome to 1979, West California – drag queens strutting on stage and lip syncing in their fabulous glittery dresses and make-up in Fabios, the glorious gay bar. On the other side of the door is a vicious and corrupt society that refuses to accept homosexuality as a ‘normal’ lifestyle. Rudy Donatello (Alan Cumming from The Smurfs 2) takes on the stunning role as a lead drag performer and proud gay man, who attracts the attention of the timid newcomer, Paul Fliger (Garret Dillahunt from Looper). On the night they meet at Fabios, the men quickly become acquainted on a “deeper” level in Paul’s car, much to the surprise of a police officer on guard. At this point, we discover that Paul is a district attorney, with an agenda to hide his sexual orientation from becoming public knowledge. The men leave with a warning from the officer to keep their private endeavours elsewhere. Regardless of their differences in expressing their sexuality, Paul gives Rudy his business card and insists that they keep in contact. 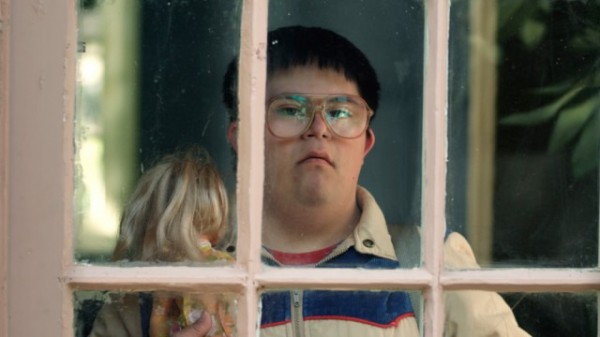 The critical turning point of the film follows the introduction of Marco Deison (Isaac Leyva), a down-syndrome teenager with a blonde doll, whose junkie mother has been incarcerated. When Rudy discovers Marco alone in his apartment next door, he takes the initiative to reach out to Paul to ensure that the teenage boy does not end up in foster care through family services. With the help of the district attorney, Rudy visits the ‘real parent’ and demands the right to custody of her son, Marco, during the period she remains in prison. Before making an appeal, Rudy rearranges his life by moving in with Paul to ensure that Marco can live in a safe, loving and financially secure environment. However the custody rights come with a great cost, in that the men cannot freely be romantically involved and “appropriate” guardians. Despite the fact that they are lovers, Paul declares to the court that Rudy is his cousin to avoid legal complications and suspicion from his work colleagues and friends. 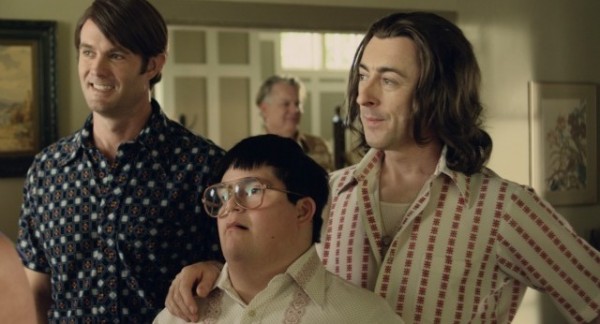 The most powerful element of this true story is the commitment and dedication that these two loving men bestow on Marco, to guarantee that he is treasured and valued for the special boy he is. For the first time, Marco is given the opportunity to become a part of something promising and that is the security of a family. And as a result, Paul becomes more accepting of himself as a gay man and father figure, and becomes more determined to spend his time working as an attorney to make a true difference to society. Paul’s willful and introverted persona is juxtaposed by Rudy’s flamboyant and arrogant personality, which hides his deep-seated vulnerability to the situation which is unfolding before his eyes. Observing the character’s subtle personality changes throughout the film, highlights how profoundly people’s lives can be altered by society’s prejudice and scrutiny over what is seen as “normal”.

When their “unconventional” living arrangement is revealed to the public, Paul and Rudy are confronted by their decision to not initially claim the true nature of their relationship. Over the next few weeks, the court case takes a drastic turn and consequently changes the lives of each family members forever.

Rachel Morrison takes the lead as cinemaphotographer for Any Day Now, and does a great job at capturing the emotion portrayed by each of the central characters. From the opening sequence of the film, Marco is depicted to the audience as a wanderer of the night, a boy cast in the shadows hopelessly searching for the right place. The dark and hazy atmosphere in this scene carries through the film as a burden for what’s to come. As the film progresses, the lighting drastically changes as Paul and Rudy’s relationship flourishes with Marco. One of the most memorable scenes was the montage of memories, encapsulating the happy and joyous moments shared between each member of the family. 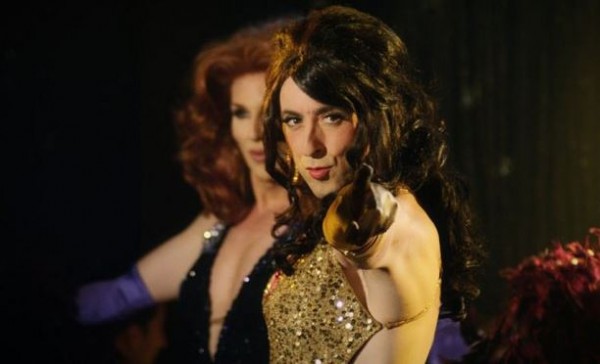 As a way of highlighting the 1970’s ambience within the set, Rachel made use of a specialised camera technology from that period, to build on the contrasting tones of colour with uncoated ultra-prime lenses. In particular, the scenes in Fabios bar were visually more appetising for the audience compared to the mundane humdrum of the court room. 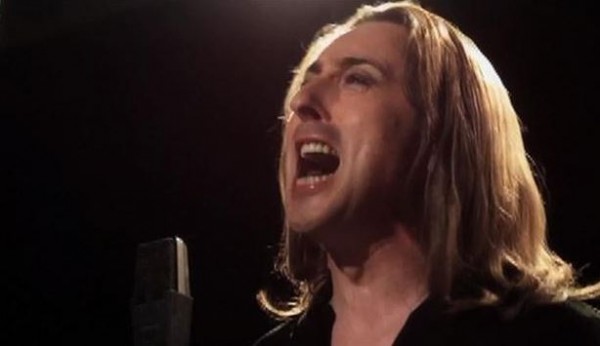 Any Day Now is not just a film, but a true story that will inspire the audience to put into perspective what is morally important. The title stipulates a movement to change the justice system to ensure that the rights of equality for all are met. Should we expect that Any Day Now we can change the world? Well that all depends on who is willing to move forward towards a better future, rather than dwell in the past. In our present time it is important to believe in yourself, your capabilities and the people that you want to be. I would highly recommend watching this film to everyone (mature enough), because it highlights issues that are still relevant in our society today and allows people to become more understanding of the wrongs from the past.