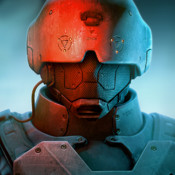 Anomaly 2 is the sequel to the universally acclaimed hit Anomaly: Warzone Earth, released back in August of 2011 for iOS devices after its initial PC/Mac release four months prior. It still stands today as one of the highest rated mobile titles ever, and the formula that ensured its success has carried over to Anomaly 2. Published by Chillingo, the tower defence game – although more probably more accurate to be described as ‘tower offence’ – continues telling the tale of the ‘Machines’ and their attempt at world domination in its campaign, whilst also featuring a multiplayer component where players can control the enemy and play on the defensive.

It’s the year 2034 A.C. and the Anomaly has occupied a third of the Earth’s surface. Six years earlier, upon the return of the Machines, the 14th platoon ventured out to activate Project Shockwave – humanity’s last hope at destroying the global threat. They were annihilated. Now, the Yukon convoy journeys towards New York, hoping to rescue the stranded Doctor Zander… the one man with the knowledge to get Project Shockwave back to operational status and potentially end this conflict once and for all. Cookie-cutter stuff, but about what you’d expect. The road ahead is also fraught with further extenuating circumstances and complications; for instance, once you find the good doctor, he sets you on a new (although entirely predictable) quest to search for his two associates without whom he can not succeed. 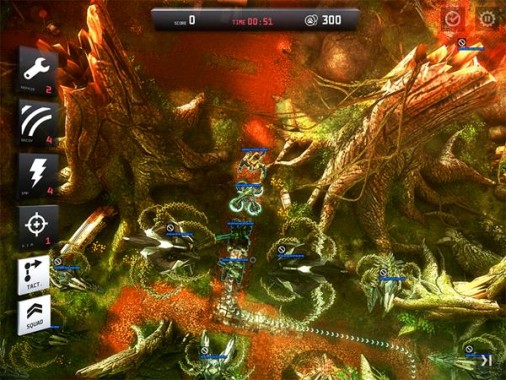 In Anomaly 2, you start each mission in a tactical view of the surrounding map. Here, the battleground is simplified and visualised on a clearly understood, top-down grid, with enemies highlighted in red and your checkpoints represented by glowing green flags. Other elements, such as the valuable resource Carusaurum (acting as currency), are also identified. While in this screen, you may plan your attack and strategies by making note of enemy positions and choosing an optimal route. As seen below, arrows signify your direction of travel, which can be altered simply by tapping the arrows. The tactical map can be entered at any time during gameplay, much like the squad screen, via their respective icons on the bottom left of the screen. 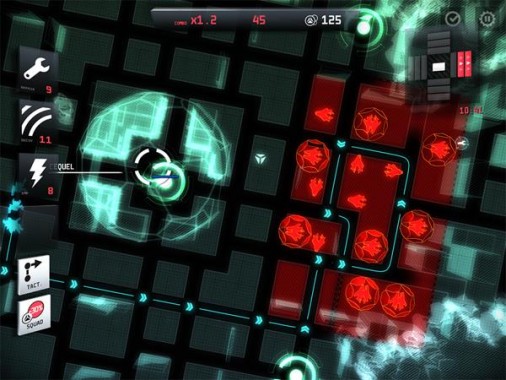 The squad screen allows you to buy, sell and upgrade units. You can also decide the order of the units in the convoy and morph them. Morphing is available in real-time by double-tapping the desired unit; their stats change as they essentially enter their secondary form, with differing powers. As the campaign progresses, new units with unique abilities and weaponry – on both sides of the war – will be introduced at a good pace. Aside from individual abilities, such as the Shield Guard’s allowing it to provide armor for itself and four adjacent units, there are general abilities that can be deployed on the battlefield. There are four of these to be unlocked: Repair, which places a health regeneration zone for your squad to pass through; Decoy, which attracts the attention of the Machines away from you until destroyed; EMP, which paralyzes and shuts down targeted Machines until they are attacked; and A.I.M., which allows concentrated, enhanced fire at a specified enemy.

Destroying certain ‘Towers’ grants refills of these abilities, which become scarce at higher difficulties, although you will find yourself much more reliant on them. The depth of gameplay strategic increases exponentially with each mission and each addition of mechanics such as these. Situations aren’t as simple as “which route is easiest to survive?”, but begin to involve weight and timing elements, and choosing the right units for the job. The passive Charger ‘Tower’, for example, draws your fire in order to power its transformation into a deadly offensive foe, so choosing a unit with a lower rate of fire will allow it to cool down whilst doing sufficient damage per hit in order to destroy it. 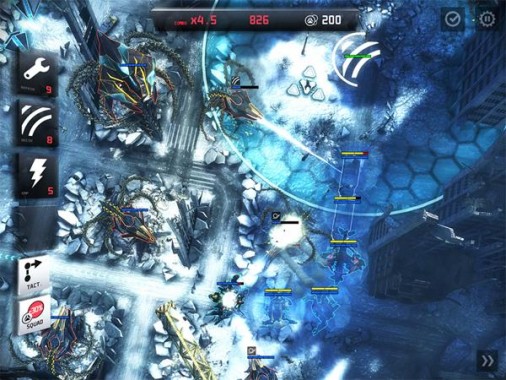 With 14 missions of increasingly challenging situations, bronze, silver and gold medals for ruthlessness, efficiency and swiftness, leaderboards and achievements, you’ll definitely find yourself enjoying the ride and coming back to the mode after completion. Those with extra gumption can tackle the Hardcore and Nightmare difficulties, although take heed that they are aptly named. In regards to multiplayer, we unfortunately got to play only a single match as the Machines. Yes, you can play the baddies with more traditional ‘tower defence’ objectives. Learning the advantages/disadvantages and uses of a whole other player type-set without the benefit of step-by-step hints ala the campaign is alleviated by a set of tutorials which can be accessed in the multiplayer menu.

Anomaly 2 looks fantastic, with impressive character models, lighting and effects. First Lieutenant Simon Lynx reminds slightly of Duke Nukem in his delivery; intentional or not, it can sometimes be comical. Engineer Lee Myung-Hee is in the same boat with an atrociously bad (attempt at a) Korean accent. Occasionally, there can be a small amount of lag, although if so, it happens during cutscenes or transitions between them and gameplay sections. It may not be negatively impactful on the experience, however it should be noted that the game was played on an iPhone 5 for this review. I can imagine older models struggling with certain taxing elements of the game. 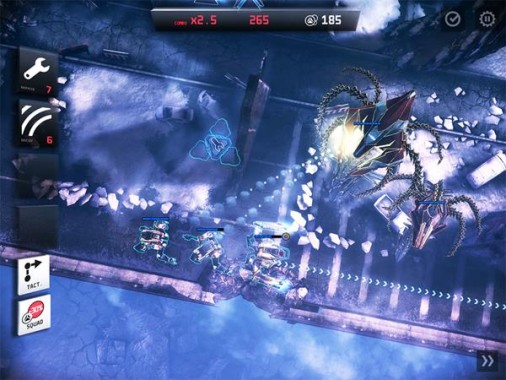 Anomaly 2 is a well polished, detailed, addictive and increasingly deep tower attack game. The dialogue may be schlocky, and its story derivative, but when has anyone ever bought a game of this kind for its storytelling? Overall, the touch controls are very intuitive, although the occasional accidental waste of an ability may occur due to somewhat subtle selection indicators. Although we spent more time in the multiplayer tutorials than in actual matches, the dynamic between sides seems to well with neither force being out of balance to any substantial degree. With replay value in Game Center achievements, leaderboards, medals and difficulty levels in a sizeable campaign, plus the multiplayer offering, Anomaly 2 is the ultimate tower attack/defence experience on the iPhone. 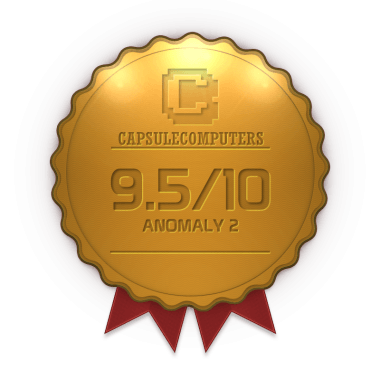