It’s been almost a month since Elden Ring came out and (to the surprise of absolutely no one) it’s garnering stellar reviews. Today, I managed to pull myself away from the monitor after almost a week of being glued to my PC to give you some crucial tips in case you’re going for that 100% completion in the game.

There are not many things that you can overlook in Elden Ring, but even skipping out on one will lock you out of that perfect completion. A good number of bosses are optional and you can leave most of the NPC quests for whenever you feel like doing them. Before we even start – a fair warning. This article will contain a bunch of spoilers so if you’re just going for playing blindly and don’t care much for achievements, you might want to leave it for later.

With all that said, there are a couple of items, bosses, and locations that you can lock yourself out of if you’re not paying attention. So here they are:

A completely optional boss that is tied to Fia’s questline. Don’t do her questline and there is no chance of ever seeing that boss. Beating him also yields a specific achievement (and counts for that sweet 100% ) so more reason to focus on him. You probably know Fia by now as “that lady who hugs you” in Roundtable Hold but there’s more to her than giving you some comfort. After you defeat one Shardbearer, claim a Great Rune, and ride Grand Lift of Dectus you can return to Fia for another hug and she will give you a Weathered Dagger item. For this option to appear you must first have already received her blessing and then agree to a second embrace. Next, you have to talk to D nearby in Roundtable Hold and give him the dagger to trigger the next part of the quest. Reload the area to find her in a newly opened room next to the blacksmith. Then you have to find the Cursemark of Death (more on that down below) and find her in Deeproot Depths in the area just after the Across the roots site of grace. Fight her 3 champions and talk to her after that. Important: after the champions fight, you have to select the second “no, I want to be held” dialogue option. The other option will effectively lock you out of the rest of the quest and that will be the end of it. Give her the cursemark, exhaust the dialogue with her, enter the dream and defeat Fortissax.

This quest is one of the longest NPC quests in Elden Ring but it rewards you with a signature From Software weapon and a new ending. However, we shall focus on one particular item (needed for Fia’s quest and Fortissax) and on Darkmoon Greatsword. After you obtain your horse from Melina, you should head to Church of Elleh at night, meet her and get a Spirit Bell from her. Later, after you go through Caria Manor and defeat the boss there, she will be in one of the three towers there called Ranni’s Rise. Speak to her, agree to serve her, and find Blaidd in Siofra River Bank and talk to him about Nokron. Our next stop is to defeat General Radahn in Caelid. Doing so will open a new area west of Fort Height through which we can finally access Nokron, the Eternal City. Explore it and find Fingerslayer Blade near Night’s Sacred Ground. Give her the blade in Ranni’s Rise, she will give you Carian Inverted Statue. Important: this is where you should pause Ranni’s questline for now and take the inverted statue and use it in Carian Study Hall. Go through that new area and pick up Cursemark of Death which is needed for Fia’s quest. Now you can head to (previously inaccessible) Renna’s Rise tower nearby. At the top is a teleporter that will take you to Ainsel River Main and you can find a miniature doll nearby. The doll is actually Ranni in disguise, talk to her near the site of grace there and she will give you a new task to defeat a Baleful Shadow in this same area. Defeat it, take the Discarded Palace Key from it and use it to unlock the chest in Raya Lucaria Grand Library where you fought Renalla. Take the Dark Moon Ring from the chest, travel to Lake of Rot in Ainsel River area, at the end of Grand Cloister use the coffin to travel, defeat Astel, Naturalborn of the Void and enter the new area after him known as Moonlight altar. Enter the Cathedral of Manus Celes, drop down to a small cave, give Ranni the Dark Moon Ring. After the cutscene, she will disappear, finally leaving the Dark Moon Greatsword behind as a drop.

One of the legendary armaments. Found in Leyndell Royal Capital after beating Godfrey the First Lord. Walk outside of the west door, take the elevator down, follow the path, and keep on the lookout for an area to jump over the railing and onto a spear that is connected to the dragon statue. The area to jump off is near a Crucible Knight. Climb the spear and you will find the Bolt of Gransax a little way up. The reason why this is unobtainable is that later in the story Leyndell becomes the Capital of Ash and that whole area will be inaccessible for good. This also brings us to…

After you complete the Crumbling Farum Azula and defeat Maliketh, the Black Blade half of the Leyndellwill be destroyed and turned into ash remains. While it is absolutely necessary to grab Bolf of Gransax before that happens, it is also a good idea to fully explore those parts of Royal Capital before they are gone for good.

Knight Bernahl is an NPC that you meet reasonably early in the game. He is located in Warmaster’s Shack in central Stormhill and he is in possession of Devourer’s Scepter – another legendary armament that is missable if you completely ignore Bernahl. Now there are two ways to get your hands on the scepter; the easy way and the hard way. Surprisingly, the easier way is just to find Bernahl in the shack and (with a little luck and skill) kill him right away and pick up the dropped scepter. The hard way (although way more rewarding) is to meet him in Warmaster’s Shack, talk to him and meet him later in the Volcano Manor. Do the first two assassination quests for the Manor and talk to Bernahl (now known as Resucant Bernahl) in the room nearby. Help him with his assassination target in Leyndell and talk to him after that in Manor again. Later on, he will invade you in Crumbling Farum Azula and drop Devourer’s Scepter upon defeat. While this is a longer path to the weapon, it will get you some armor sets from his assassination and Volcano Manor ones that you can’t get otherwise.

That’s it for the missable content. There are way more other things in Elden Ring that are not related to the main path such as optional bosses and unique and powerful weapons which I will talk about in my next article. 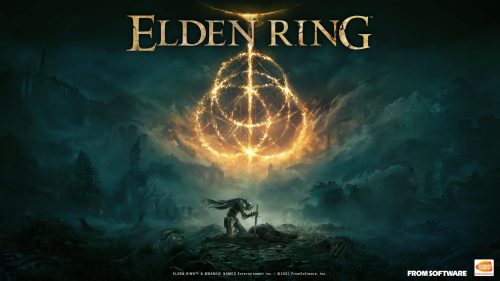 Dark Souls III to be Released in Japan on March 24