Originally released in 2002, Mafia was part of the early wave of open world shooters from the early 2000s. More linear than the competition, Mafia’s realistic take on crime in the city drew a fan base that still looks at the game fondly to this day. After 18 years, Hangar 13 has been entrusted with remaking the beloved shooter. Dubbed Mafia: Definitive Edition, the original game is running on an improved version of the Mafia III engine and features new content like new gameplay features and story missions. We had a chance to check out a preview build of Mafia: Definitive Edition with chapters one to five and ten ahead of the full launch on September 25th.

The script has been reworked. Parts of the dialogue has been improved or expanded. Scenes have been changed to make more sense. Looking back at the original cut scenes, a lot of cheesy and cringey lines have been axed for the better.

Gaming has changed a lot in 18 years. Gamers have come to expect more quality of life features as they have matured into adults with more responsibilities and limited time. Hangar 13 has clearly put some thought into the Mafia: Definitive Edition remake. Instead of simply remastering the game with modern graphics, the game is a proper remake with the inclusion of much needed quality of life changes. Players can now save time by skipping long drives between quest locations.

The level of police simulation was a hit and miss in the original Mafia. Unlike other games in the genre, Mafia’s police were incredibly strict. Players could be fined for minor traffic infractions like running red lights or draw the attention of the police for more serious crimes like assault. Some players loved the more realistic depiction of crime and punishment, while others found obeying traffic signals and following the speed limit to be utterly mind numbing. Hangar 13 now gives the players the freedom to use the original simulation levels or opt for more lax policing that is more in line with later Mafia titles.

Compared to the original Mafia, the audio/visual experience in Mafia: Definitive Edition has been improved significantly. The first thing I noticed when comparing footage of the original game with the Definitive Edition is how lush the new version is. The rural areas of the original game look like a green desert in comparison. Overall, Lost Heaven looks more like a lively city thanks to the greater details and more unique objects throughout the city. The character animations are more realistic looking due to the use of motion capture. Since the script has changed, all the lines had to be recorded from scratch. The acting quality is much better this time around. The new cast is using a variety of accents to breathe life into Lost Heaven with great success. 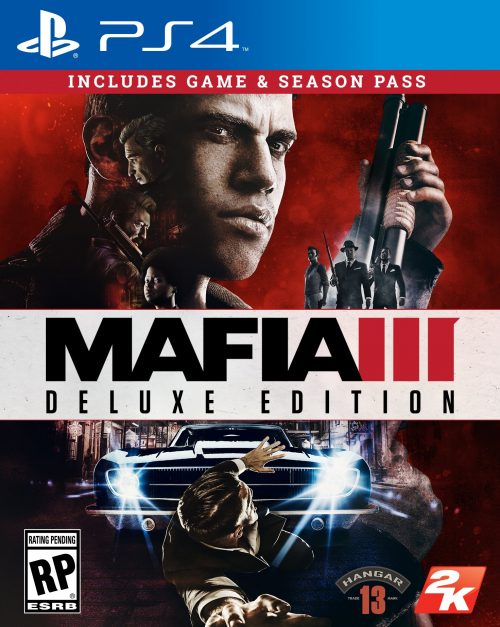