A new Warhammer 40,000 game is on the way and fans of co-op games will likely be happy as well as developer Fatshark has announced that Warhammer 40,000: Darktide will be releasing on the Xbox Series X and PC sometime in 2021. This four player co-op action game is set in the hive city of Tertium where, in the depths of the hive, the seeds of corruption threaten an overwhelming tide of darkness.

A heretical cult known as the Admonition seeks to seize control of the planet Atoma Prime and lay waste to its inhabitants. It is up to you and your allies in the Inquisition to root out the enemy before the city succumbs to Chaos. A handful of screenshots and the reveal trailer can be found below. 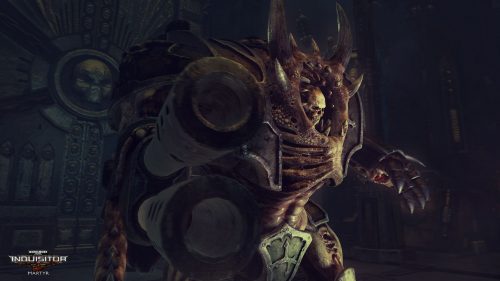