A new trailer for The Legend of Heroes: Trails of Cold Steel IV has been released by NIS America and considering this one focuses on introducing the storyline for this final entry in the series, fans who may not have finished the third entry will likely want to be wary of spoilers in the trailer below.

The Legend of Heroes: Trails of Cold Steel IV takes place shortly after the end of the third game where the heroes of Class VII find themselves against the full force of the Empire in an attempt to stop its path of total domination. Further, the hero of the Erebonian Civil War and Class VII’s instructor, Rean Schwarzer, has gone missing. Now, the students of Class VII, old and new, must unite with heroes from all over the continent to create the only chance the world has to be spared from total destruction.

Currently The Legend of Heroes: Trails of Cold Steel IV is set to be released on the PlayStation 4 in North America and Europe sometime this fall with a Nintendo Switch and PC version arriving in 2021.

Ys VIII: Lacrimosa of Dana Launching on PlayStation 4 in Japan on May 25 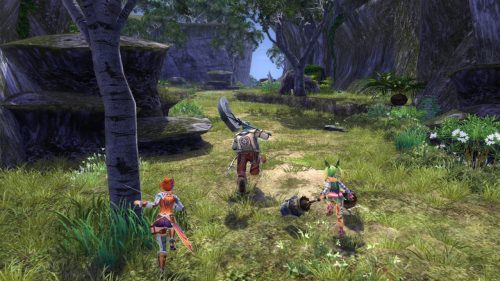