Now that all of the main characters that will be appearing in the release of Final Fantasy VII Remake have been shown off Square Enix has released a large key visual, found at the top, showing off all of the party members staring off into the distance in what is an incredible looking visual.

Accompanying this proper piece of artwork game news of another bit of marred artwork in the form of Final Fantasy VII Remake‘s box art which previously featured a rough looking “PlayStation Exclusive” logo on the bottom right getting a bit of an update. This update happens to simply be that the date for timed exclusivity has been pushed back from one year after the game’s original release date to April 10, 2021 which happens to be one year after its current release date. 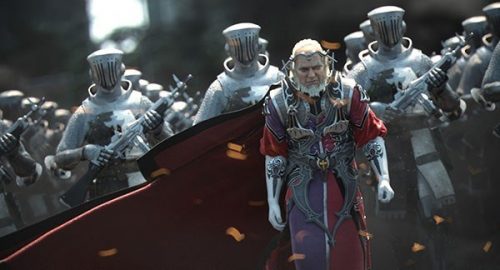