Zombie Army 4: Dead War is coming out on PlayStation 4, Xbox One, and Windows PC on February 4th. Rebellion is revealing the Season 1 post-launch content with a brand new trailer. Season 1 is headlined with the Hell Cult mini-campaign containing three missions. The remaining content will be cosmetics and new playable characters.

Season 1 will be available for purchase separately or as part of the Super Deluxe Edition.

Zombie Army 4: Dead War will also be getting free content post-launch. Rebellion will be releasing new maps for Horde Mode, though there is no commitment on how many maps will be released.

Zombie Army 4: Dead War is set in Italy one year after the death of Zombie Hitler. The game introduces special abilities and weapon upgrades the long running franchise, while increasing the depth of the game’s progression. 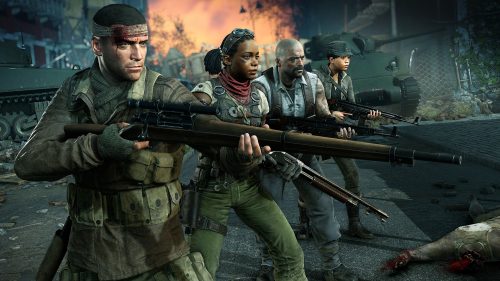