Filament is a puzzle exploration game from three-person indie dev team Beard Envy. Players will become the unlikely hero of The Alabaster, a flagship research vessel owned by The Filament Corporation. Juniper is the only remaining crew member and is locked in a room, unable to escape. It is now up to the player to discover what happened to the ship and rescue Juniper.

The story in Filament is mostly told in one sided conversations between Juniper and the player. The rest is filled in through a series of collectibles scattered throughout the ship. So far, the writing in the preview build is solid. It’s well written and is an enjoyable accompaniment to the exploration sections of the game.

The ship is filled to the brim with things to explore. Among the remains of human activity are puzzle stations containing four to six puzzles each. Completing all the puzzles in a station will often unlock a door to a new area or open a container with a lore item.

The puzzles are the bulk of Filament’s content. At its core, each puzzle requires players to drag a filament around a room to link all the powered pillars together so the exit door will open. Like the classic game Snake, players can’t cross the filament once its been laid down. To solve the puzzles, players need to figure out the order pillars need to be connected and in what direction to ensure the filament makes contact with all the pillars. As the game progresses, new mechanics like coloured pillars that need to be connected in groups are added to the puzzles. The game introduces the new mechanics in baby steps but quickly becomes a devious test of logic and angles.

Filament is already striking the right balance of simplicity and challenge. The game takes a really simple concept and adds enough twists and turns to keep things interesting. The challenge for developers Beard Envy will be to continue introducing new mechanics and implement them in innovative ways to keep things fresh when players reach the end of the 200+ puzzles that are being promised.

Exploration is the complementary part of Filament’s gameplay. Since the puzzles all use the same basic concept, the exploration helps break up the flow of the game. I suspect the long-term value of the exploration will hinge on how well the story is executed as a bored player will likely skip straight to the puzzles whenever possible. My only immediate issue with the preview build is the slow walking pace. It could do with a small bump in speed as the current pace can discourage some to explore every nook and cranny in the ship.

Filament’s controls are simple and effective. The game currently supports controllers and mouse and keyboard. Filament is all about moving around, so admittedly it is quite hard to mess it up. The game does include some extra controls that make the puzzle solving a more pleasant experience. Players can quickly move the camera up to get a top down view which helps a lot for figuring out what angle is needed or why the filament suddenly lost connection. Players can rewind time or completely reset the puzzle to save time, instead of backtracking. Currently, the preview version lacks icons for specific controller types. Mouse and keyboard users cannot rebind their keys, either. Both are issues that need to be addressed before the game is launched later in the year.

Filament is looking great so far. The graphic style is cartoony, bright, and colourful. The style is like a 3D version of the Saturday morning cartoons I grew up watching. From a gameplay standpoint, the graphics are well executed. Important gameplay mechanics are conveyed with shape and colours, allowing players to figure out the new mechanics without any text-based explanations.

The audio experience is solid. The voice actor that plays Juniper has done an excellent job so far. She’s skilled and manages the one-sided nature of the conversation well. The music is extremely limited right now with only a small handful of tracks. Considering players will spend a lot of time solving puzzles, the developers need to expand the soundtrack for the game’s final release, so the music does not become repetitive.

Filament is shaping up to be a solid adventure-puzzle game. So far, the developers have demonstrated entertaining creativity while sticking to a single base puzzle. Our preview build had some areas that will need some work before the game’s final release later this year. Luckily, these are not fundamental issues with the game mechanics. For the most part, they are superficial issues like slow move speeds and a lack of musical variety. If Beard Envy can address these problems and maintain their creative ideas to keep the puzzles fresh, Filament will be a fantastic addition to any puzzle fan’s collection. 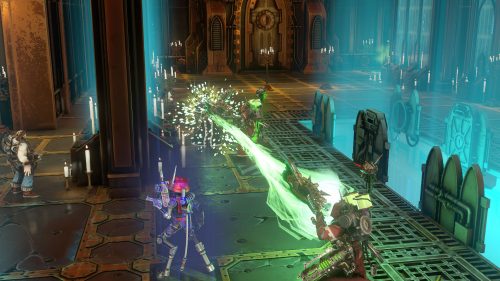 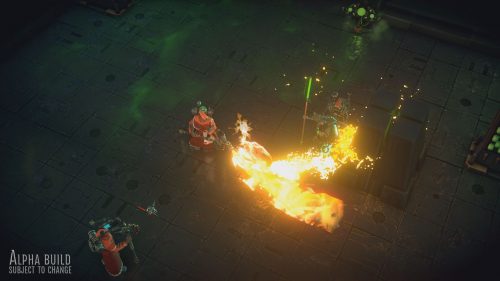