After some delay Sega has now announced that they will be releasing Two Point Studio’s Two Point Hospital on the PlayStation 4, Xbox One, and Nintendo Switch on February 25, 2020 where it will be available on all platforms both physically and digitally. Players will be able to build their own healthcare empire in the atypical world of Two Point County, by customizing your hospitals, researching 119 different strange illnesses, curing patients and training staff.

At launch, Two Point Hospital on consoles comes with the first two critically acclaimed expansions ‘Bigfoot’ and ‘Pebberley Island’, which gives players a total of 21 regions to explore. To ensure the best gameplay experience across all platforms, the developer has rebuilt the original PC control scheme to allow for ease of play no matter what platform players choose to play on. 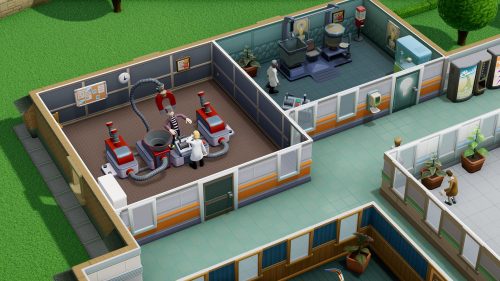