CryoFall is a multiplayer survival game that unleashes players on a hostile alien planet. Players will need to band together to gather resources, create tools, and build bases to survive. The game is currently on Steam Early Access.

CryoFall starts off just like every other survival game. Players are dropped as naked as the day they were born in the middle of nowhere. The next few minutes are dedicated grabbing rocks, sticks, and fibres from the ground to build a basic stone axe and pickaxe. From there, players work through four tiers of the tech tree, starting from basic machines all the way to building hoverboards and battle mechs.

Progression is locked behind learning points. Players can earn points from almost any activity in the game, such as gathering and hunting. Each tier of the tech tree has a number of technology groups that need to be unlocked with learning points. The only exception is the first tier, which unlocks all the technology groups for free. Regardless of tier, each item on the tech tree needs to be purchased separately. The price rises significantly with each tier, but the learning point rate bonus never catches up with the prices. As a result, players need to bring or make a few friends so each member of the group can specialize in one or two technology groups. The rate is so slow that one or two players will have to create their own private server so rates can be significantly increased.

Ignoring the highly time gated content, the learning curve is gentle. CryoFall has a quest line that teaches players all the basic mechanics of the game. The tutorials are extremely thorough, offering step by step instructions. Completing the quests offers a generous bonus reward of learning points. The bonus allows players to blitz through the first tech tree tier but worsens the jump in learning point costs between tier one and two.

The tech tree has an interesting mix of specialities. Since CryoFall is a sci-fi title, players don’t spend long in the stone age. Electricity is introduced quickly, and players can get their hands on basic firearms within the first few hours of play. Homebodies, explorers, and fighters have plenty of specialities that will fit their playstyle, and each playstyle will contribute equally to a group.

The building system is simple but reasonably powerful. As a two-dimensional game, builders only have to worry about walls, floors, and placeable objects. Players only need a small fraction of the final material costs to lay down blueprints that are later filled in to create the object. The system easily lets a single architect lay down the plans and have all party members fill in the base as materials become available. Electricity is simplified, so power is automatically transmitted to all machines within a land claim zone. Considering demolishing objects only refunds a portion of the original cost, it makes bases a lot cleaner and easier to manage.

Combat is a simple affair. CryoFall offers a balanced mix of melee and ranged weaponry. There is a great emphasis on status effects, with each weapon or ammunition type offering its own effect. Combat controls will be familiar to anyone whose played a top down shooter. Movement and positioning are important as ranged weapon users can usually kite enemies as long as they manage their stamina and reloads. Melee users will need to be a little less concerned, as only need to ensure they aren’t taking on more they can handle at once. There is lots of opportunity for combat outside of PVP. Lots of animals are scattered around the world. Well equipped players can also enter contaminated zones, where rare items are up for grabs if players can survive the radiation and the powerful enemies in the area.

CryoFall is a game that demands a commitment. The land claim block is core of the base and will only protect the base for a certain period of time. Players will need to log on at least every few days. Otherwise, the base slowly takes damage until it disappears completely. Crops are also on a timer, withering away after a day and a half. Seeds are a rare enough that losing the crop is annoying, as it may be a while until players find replacements out in the wild.

The audio/visual presentation is decent. The visual style is generic, but the graphics are well done. The sound effects are solid. The music will need a bit of work before launch as the track list is extremely limited right now.

CryoFall is shaping up to be a solid pick for players who are willing to commit to a laid-back multiplayer survival game. The pacing is perfect for playing while watching films or listening to podcasts. For gamers looking to play solo or in small groups, the highly time gated content will require either a dedication to grinding or access to a private server. While CryoFall was designed for larger player groups in mind, AtomicTorch Studio can make the game more accessible to small groups by making a simple, in game method of booting up a customizable private server that can be turned off and on as necessary. Currently, the game has an enjoyable amount of content and could pass for a smaller release. AtomicTorch’s plan is to have CryoFall in early access until April 2020 at the earliest, so there is plenty of time for more content and balancing before the game’s full release. 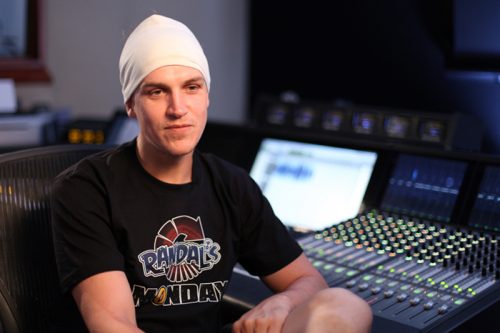