Wired Productions and Tomas Sala have announced that their aerial combat game, The Falconeer, where players fly upon a massive bird in an ocean world, will be coming to the Xbox One alongside the previously announced PC version sometime in 2020. The game will be playable for the first time during the X019 London event that runs from November 14th to the 16th but for now everyone can enjoy a new trailer for the game found below.

The Falconeer is set in The Great Ursee, a mystical world drowning in the corruption of the swollen oceans, players will take their armed aerial mounts in third person to the skies as a “Falconeer,” an airborne and agile warrior equipped with devastating ranged weaponry. Your mission as a Falconeer will be what you make it—be it the noble cause or the life of a rogue—each player experience will be unique as they explore the bleak and hauntingly beautiful world, filled with wonderous locations and warmongering rival factions vying for the mysterious secrets hidden at the Ursee’s unfathomable depths.

eJay Kickstarter Unsuccessful but Not Dead 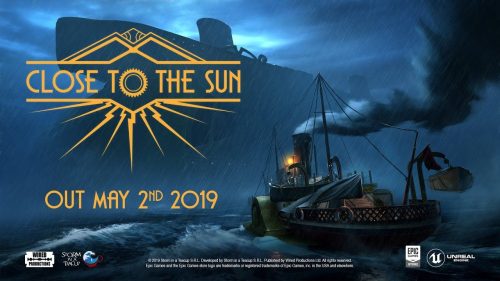