Just like how its inspiration started as a PC game before coming to the PlayStation it looks like Two Point Hospital will now be heading to consoles as Two Point Studios and Sega have announced that the game will be heading to the PlayStation 4, Xbox One, and Nintendo Switch later this year where it will be available both physically and digitally.

While the PC version is priced at $35 the console release will likely be a bit higher as the company announced that the console versions of the game will include not only the base game but also the “Bigfoot” and “Pebberly Island” expansion packs and they are planning a number of free updates in the future.

For those who have yet to try out the game, players will build up a hospital from scratch all while optimizing your hospital design to increase patient (and cash) flow, arranging corridors, rooms and waiting areas to your exact specifications. Expand your hospital to multiple buildings as you look to get as many patients through the door as possible. 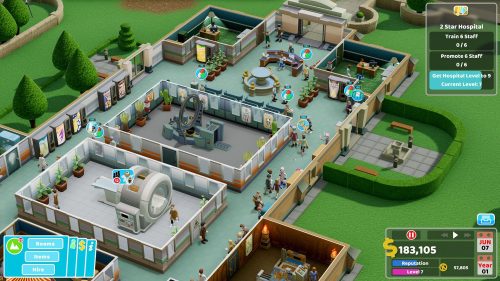