After being announced less than a month ago it looks like Western fans won’t have to wait long to play the next game in the Atelier series as Koei Tecmo has announced that Atelier Ryza: Ever Darkness & the Secret Hideout will be releasing for the PlayStation 4, Nintendo Switch, and PC on October 29th in North America and November 1st in Europe. Considering the game is being released in Japan on September 26th this is a remarkably quick turn around for a localization and while the company has not announced whether the game will be getting an English dub, they did provide us with some official details and another trailer.

As many expected, Atelier Ryza: Ever Darkness & the Secret Hideout will begin a new storyline in the series and follows exploits of teenage tomboy Ryza, who dreams of escaping her mundane village lifestyle, alongside her band of mischievous friends. One day, as they explore a forbidden island in search of adventure, they meet an elderly magician who will change their lives forever. After some convincing, the old man begins teaching Ryza the enchanting ways of alchemy; launching her on an adventure that will ultimately lead her on a quest to save her hometown from the mysterious and deadly darkness lurking beneath the surface.

Atelier Lulua: The Scion of Arland Synthesis Highlighted in Trailers 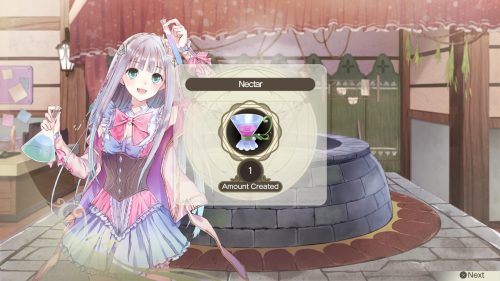