There’s no such thing as enough cat games. It’s one of those universal truths where no matter in what situation you say it or when – someone will always agree with you. And how could they not? We can agree and disagree on Earth being flat or the whole Moon landing being suspicious but the question of having more cats in video games is never up for debate. I played through Cat Quest a while ago and checked a whole bunch of cat-related games since. Games where you could pet a cat, pick up a cat, see a cat, run away from a cat, draw a cat, play with a cat and even play as a cat! The fun never stops. Gato Roboto is a new entry from Catvel Cinematic Universe so let’s see what does it have in store for us.

The game starts off a bit misleading and disappointing. You’re led (and saddened) to believe that you will play as some hot shot space explorer. A human as the main protagonist? C’mon, what year is this?! Luckily, on his way to explore an abandoned research facility, the ship crashes and it’s up to his cat Kiki to save the day. Being a small, pixelated cat as you are, there’s not much you can do before finding your first robotic suit. As a cat, every single enemy hit kills you instantly. However, piloting a mech gives you a couple of health bars and weapons. From there, it gets pretty straightforward. Explore all the areas and the game’s maze-like design (though, there is a handy map so you’ll never get lost), kill everything you see and save your owner. Hopefully, he won’t get all the credit for everything you do.

What sets Gato Roboto is its fast-paced gameplay, responsive controls and too much charm for such a small game. As I said, you have access to a map so it’s always easy to see where you are and where you’re supposed to go. There’s no such thing as map pointers and markers so your best bet is to always explore all the unopened areas on the map. Some will lead to boss fights, some to new weapons and some secret areas will contain health upgrades and color palettes (to customize your UI and overall look of the game). Some weapons, such as rockets, can destroy bits of environment and open up the access to even more areas. What I absolutely love about Gato Roboto is its challenging boss fights. To be fair, they’re pretty easy once you figure out the attack pattern of each boss but it still requires some trial and error approach. Figuring out their weaknesses is the key since some of them can be more vulnerable to a specific weapon.

The music does a great job of complimenting the game’s atmosphere. Usually, it’s some wavy & upbeat chiptune repertoire that amps itself up during the boss fights. With this being an indie retro pixelated mish mash, you shouldn’t expect too much on the visual front. However, all the enemies and bosses are very well modeled despite only having two colors (black & white) to them. Enemies stand out from the environment and there’s a bit of personality to them. Contrary to its maze-like level design, most of the areas are pretty easy to memorize and after a while, I didn’t even need to use a map that much. To be fair, that is mostly because you will be forced to go through the same areas back and forth in order to pick up a new weapon or because you just opened the access to a new area. Either way, none of the rooms feel like they’ve been randomly generated or cobbled up together. Instead, you get the feeling that there was some decent thought process in designing them.

For me, Gato Roboto was a game that was best played in short bursts. Sometimes I’d get carried away and spend an hour or two in exploring all the rooms, sometimes I’d take a short break after failing a challenging boss fight but I’d always come back to it. Gato Roboto has a secret formula that I haven’t figured out yet. After every death or failed boss run, I’d continue thinking “maybe this time it will be different. Today is the day I get past through this area”. And often it was. Despite not even being released yet, I already consider this a finished product. In my plays, I encountered no bugs or crashes and I could never blame any of my deaths on poor controls. I suggest to keep an eye out on this game and give it a chance once it’s released, you might be pleasantly surprised with it. 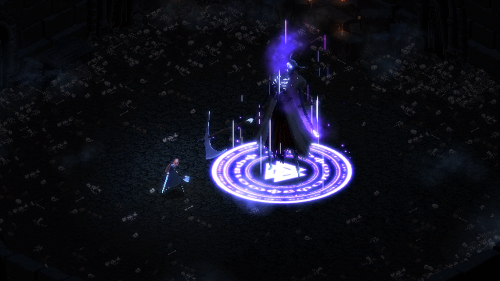