While Idea Factory International may have pleased many with their Azur Lane announcement last week the company has some less than great news for one of their other upcoming games, Arc of Alchemist. The publisher has announced that the game will now be releasing in the West for the PlayStation 4 in winter rather than the previously announced summer window and unfortunately the game will now only be available digitally in North America, though Europe will still be getting a physical and digital release.

For those who haven’t been following the game, Arc of Alchemist follows the story of Quinn Bravesford who is tasked by her king to lead a large-scale investigation team into the Desert of Beginnings. With the ancient alchemic device Lunagear within her hand and knowledge of legends that tell of the device unleashing “Great Power” once four orbs are obtained, Quinn and her allies must fight against dangerous creatures, Machine-like Dolls roaming the wastes, and the Principality of Neuhaven in hopes to find the Great Power and save humanity. 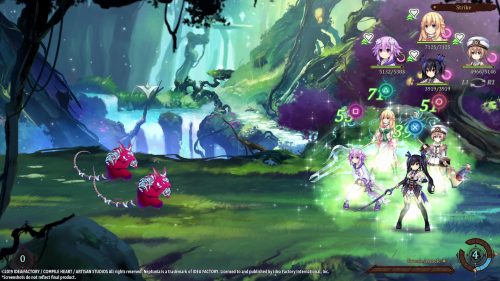