Atlus USA has announced that they are planning on bringing Persona Q2: New Cinema Labyrinth to the West on June 4th for the Nintendo 3DS. The game will be released both physically and digitally through the Nintendo eShop but they did announce that the game will not feature an English dub, instead it will only feature Japanese voice work with English subtitles.

The company also stated that there will be two retail versions of the game with the standard $39.99 launch version including four buttons while the $69.99 “Showtime” edition will include a five inch Koromaru plush, art book, deck of cards, a slipcover box, and the four buttons. Persona Q2: New Cinema Labyrinth follows the journey of the Phantom Thieves from Persona 5 and includes members from both Persona 3 and 4 as they find themselves trapped within a series of labyrinthine movies, each with its own unique twists and turns themed after various movie genres.

Persona 5 Royal Launching in the West in Spring 2020 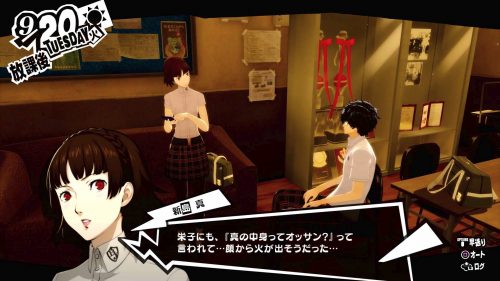