Crackdown (developed by Realtime Worlds and released 2007), is the brainchild of David Jones, creator of Lemmings and Grand Theft Auto. This action-adventure game takes place in the open world of Pacific City and the player controls a genetically modified agent, created by The Agency, who must defeat the three gangs (Los Muertos, Volk and Shai-Gen) who control Pacific City, and win the war on crime.

My first memory of the game was playing it on a CRT TV back around the time it released on the Xbox 360, but with this game being one of many backward compatible games to be Xbox One X enhanced, I scavenged the disc out of storage to tide me over before the much-delayed release of Crackdown 3.

On Xbox One X, this game, of course, looks amazing compared to the CRT TV I originally played on. The cell-shaded graphics gives this game a sharp, timeless look that wouldn’t be too out of place with a game developed in this current generation. There are some bugs with the UI, the main one being that the “chance of infiltration” bars are sometimes rendered mostly offscreen. The game was never strong in the sound department, the guns still sound unsatisfying, the music is generic electric rock and the voice acting can be a bit generic compared to games today.

In terms of controls, the game feels satisfying enough and is comparable to GTA 3/VC/SA when on foot and the game feels effortless when you get to the higher levels of agility and are jumping around from building to building as if this was a Super Mario game made for adults. The only downside to the control scheme is the camera when driving, as it always wants to be behind the vehicle and doesn’t allow you to look much around the world, but for my style of gameplay, I was rarely in the car anyway. The vehicles control similarly to Grand Theft Auto: San Andreas, but with a bit more tightness in the car’s movements.

Regardless of any faults, the gameplay is still as solid and satisfying as ever, with the choice of punching and kicking, shooting or exploding your way through countless hordes of gang members. The power-up system is an excellent progression system that some modern games would be wise to learn from, as when you level up your skills there is always a clear difference in how high you jumped, or how fast you ran, or how fast you aimed and locked on. The game can begin to be a grind by the time you get to the final island if you have neglected any of your abilities. For example, I neglected shooting because I was having such fun punching and exploding my way through the city, but that neglect came back to bite me when there were enemies I couldn’t easily make my way up to and needed to shoot from a distance, so playing more balanced and searching for secret and agility orbs would give you an easier time once you’re in the end-game content. There is a co-op mode in the game, but I had no one to try it out with recently, but I remember it being very fun back in the day.

If an original game like Crackdown was being developed today, you could bet that thanks to the success of the Marvel Cinematic Universe that the game would be some sort of superhero game. It has always been on my list of one of the best superhero games ever made. Crackdown is still a solid game that has withstood the test of time much better than other games from 2007, with all the orbs and baddies to kill, Crackdown is easily 10+ hours of fun for the casual player and is a game I’d recommend to anyone looking to tide themselves over before the release of Crackdown 3 or scratch any action/adventure itch you might have.

Crackdown 3 Delayed to 2017, Will be Part of “Play Anywhere” Program 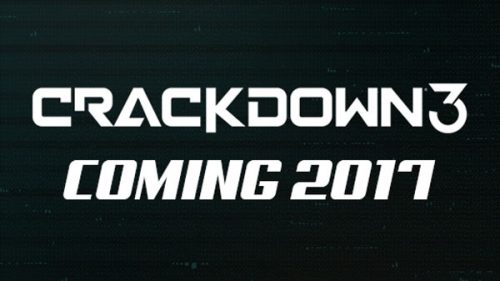 New Crackdown on Xbox One Revealed