We last heard of Catherine Classic being rated by the ESRB hinting that a new version of the game would be releasing sometime in the future and now Sega has that immediate release for PC gamers. Sega has released Catherine Classic on Steam where it is priced at $19.99 and will offer a temporary free bonus to those who purchase it that includes avatars, a digital soundtrack sampler, and some wallpapers.

To go along with this release the company also gave us a new trailer for the PC release and you can check it out below. It is worth noting that this is a great way to get some experience with the game before Catherine: Full Body is set to be released on the PlayStation 4 sometime this year in the West. 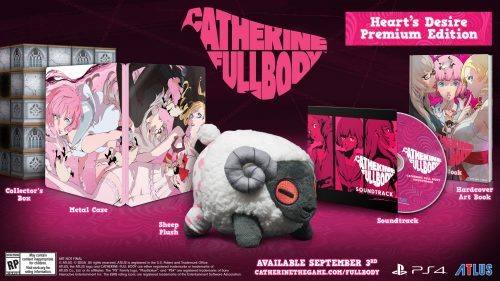