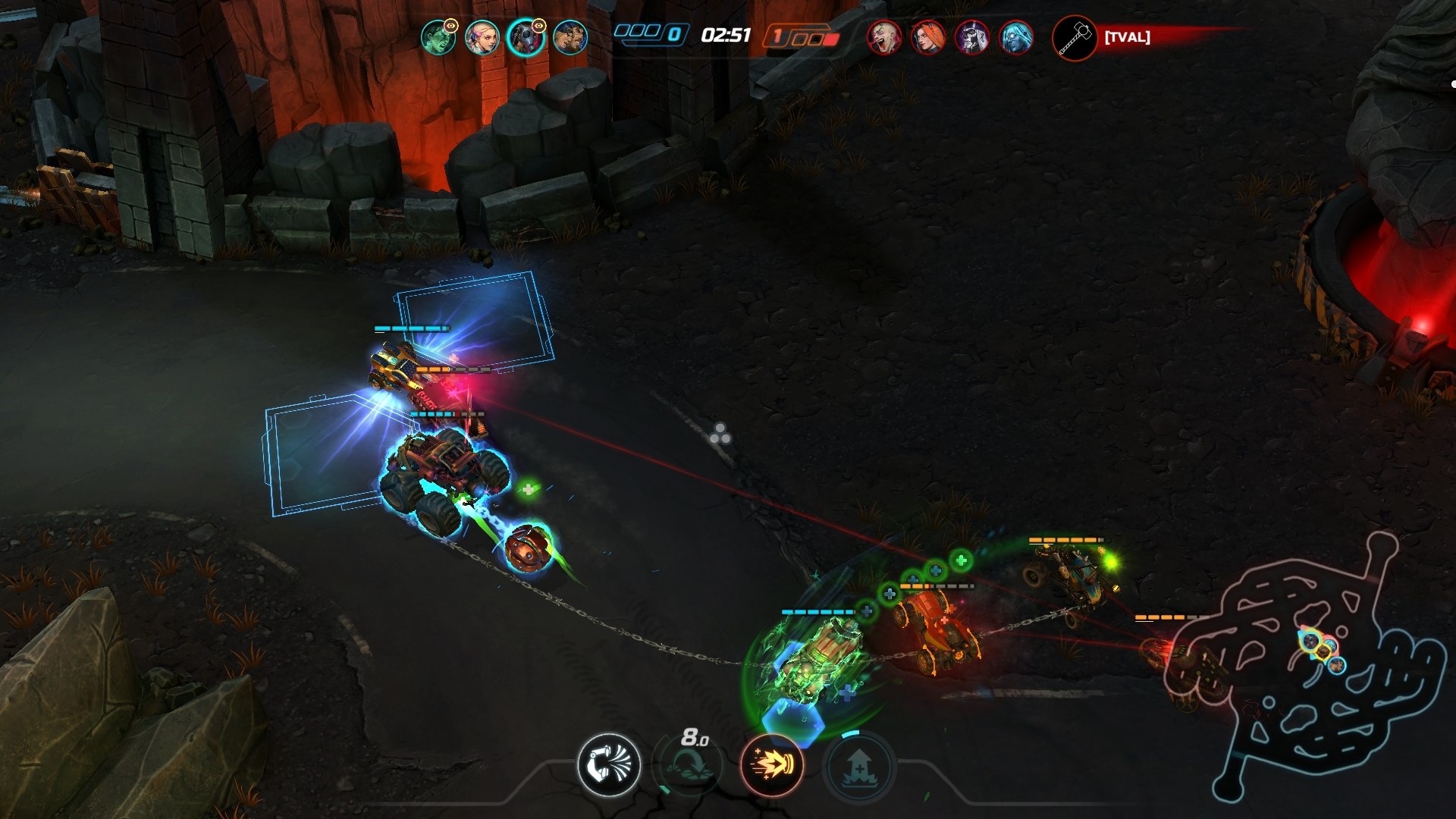 Heavy Metal Machines is a free to play MOBA that mixes elements of soccer, roller derby, and monster truck events. Two teams of four drivers must work together to drag a bomb to the enemy base. The game is available now on Steam.

AL – The main inspiration is Rock’n’Roll Racing, but all the other Vehicle Arena games helped us shape our gameplay. Twisted Metal, Vigilante 8, Carmagedom, Road Rash, Destruction Derby, and other more recent titles influenced us, even if just a little bit. All those games were the ingredients for our end “feeling”, the emotions or game deliver.

However, competitive e-sports has guided us to forge the core of our gameplay, and we played every single MOBA, FPS, and Fighting Game out there extensively to enrich our capacity to direct Heavy Metal Machines to the correct competitive path.”

Balancing games is always a challenge. What you think is balanced during internal testing can be utterly broken in the hands of gamers. What is your strategy for balancing the game? Are there any good stories of gamers breaking Heavy Metal Machines in unexpected ways?

AL – We balance the game to preserve competitiveness and strategy-guided game. There is also something thought for the new players. We want them to join the game and feel that it is possible to have fun right on. There are no stories of gamers breaking HMM until now. 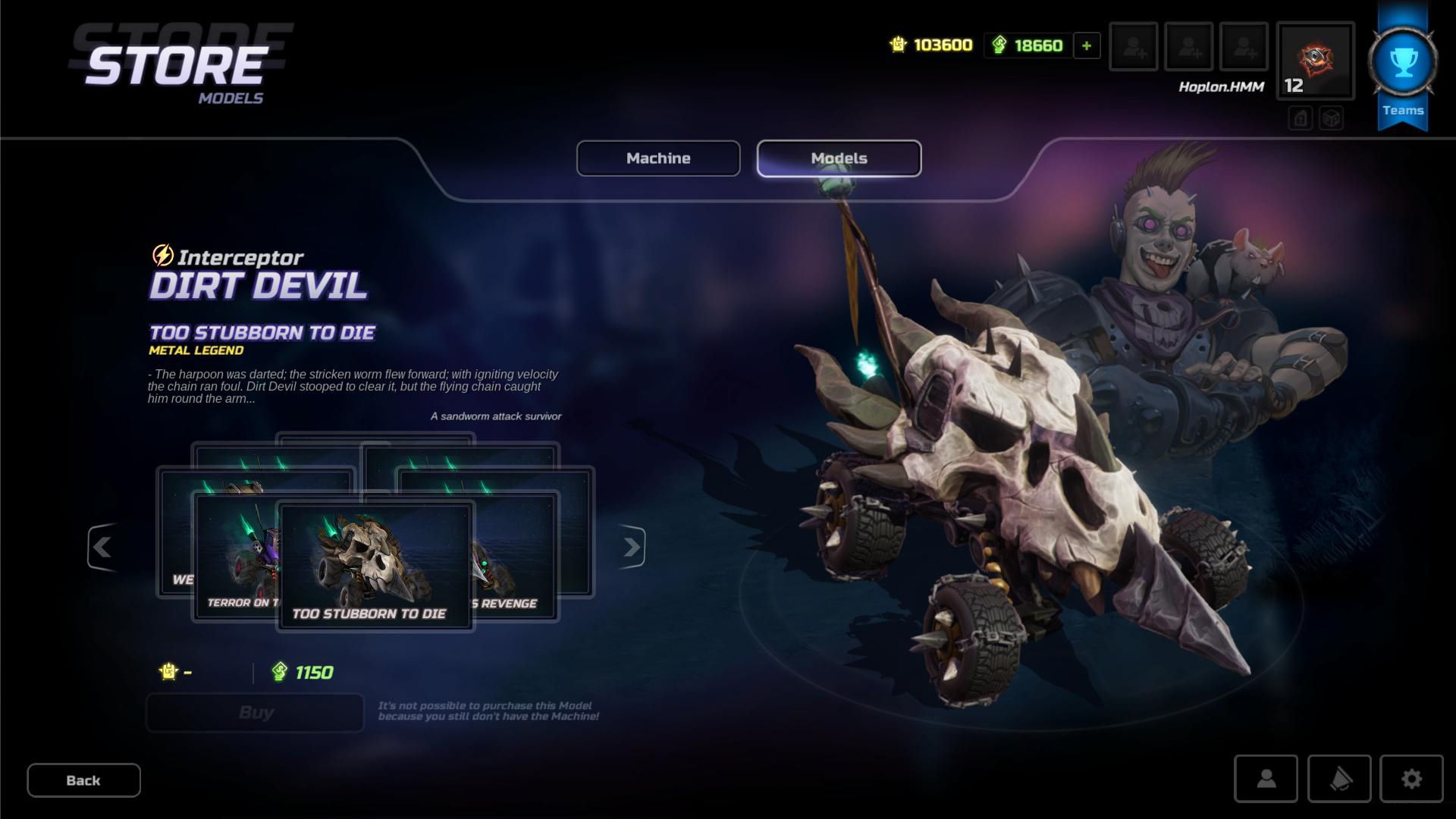 What’s your approach to getting new players into Heavy Metal Machines and teaching them enough skills to make them reasonably competitive in a short period of time? Do you think there is anything in your current method that you would like to improve in future updates?

LL – Community engagement is the deal. We are looking into this very carefully. Our Discord channel has a community manager for Portuguese, English, Russian, Turkish and French – but all other languages get supported in a way or other. We give them proper attention and they engage with each other to team up and play for competitions.

What is the process for creating a new character for the game, starting from an idea all the way to the character being added to the live servers?

AL – The process begins in two ways: Either from mechanics to artistic or the opposite. If a character is thought from the mechanics, the first thing to decide is the class (support, transporter or interceptor). Then we bring the highlights from the community’s feedback to create the weapons and abilities. Once it is set, the art begins to work on everything else, including lore. After intensive tests, we release it. Sometimes, characters are designed first in the arts: lore and visuals, then the game designers bring a whole mechanics into it.

The characters are a varied bunch, from the post-apocalyptic themed Rampage to the sci-fi styled Artificer. How do you tie together characters from different stylistic backgrounds together into the cohesive Heavy Metal Machine art style? 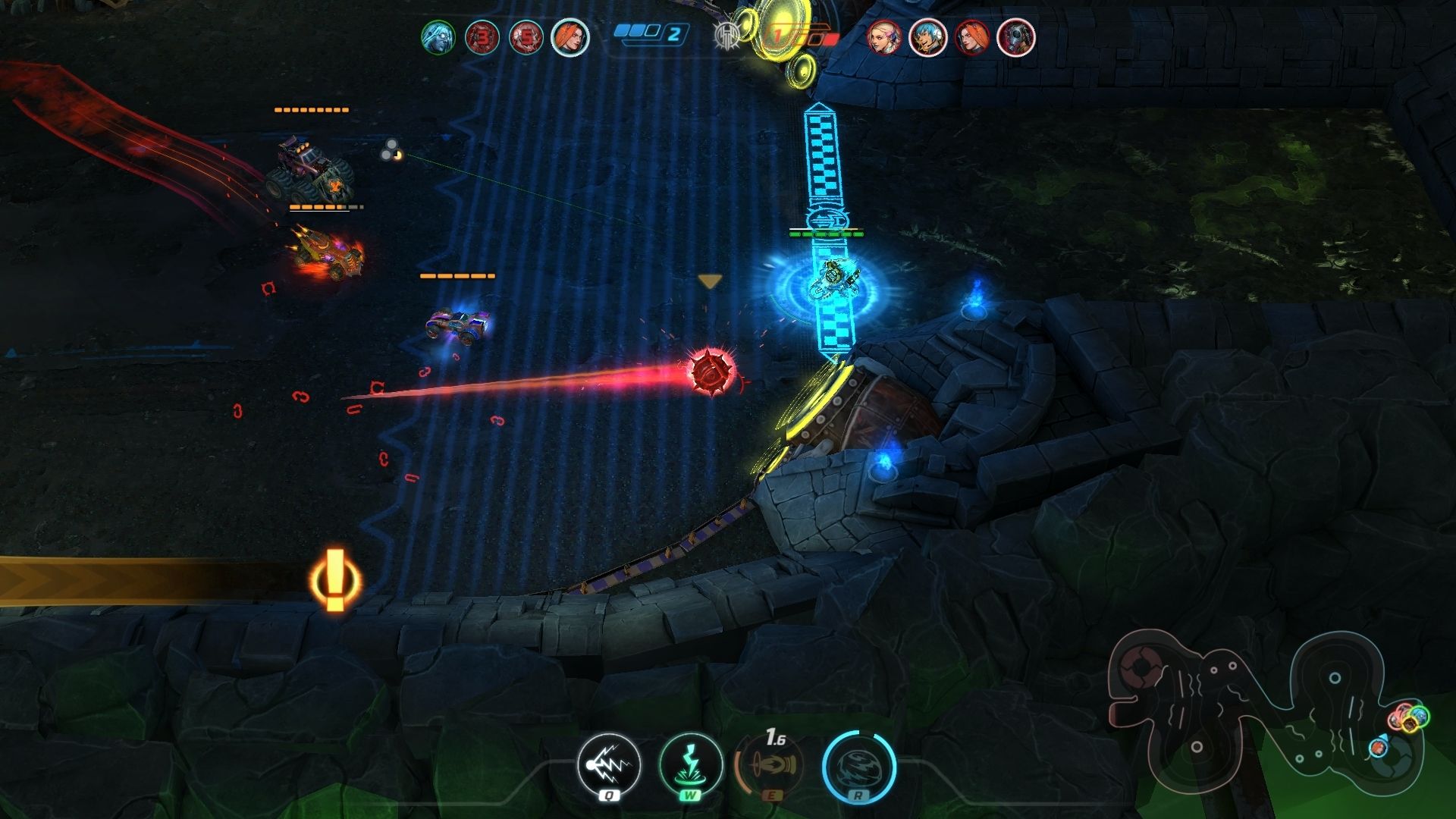 AL – We always had a thing for Rock’n’Roll Racing, and we wanted to bring its spirit right into Heavy Metal Machines. Very briefly: Our universe tells the story of a post-apocalyptic Earth were gargantuan monsters almost wiped-out the entire humanity. Right before extinction, people discovered that Heavy Metal Music was a very powerful weapon against the creatures, and with it, humanity escaped total annihilation. However, civilization returned to a dark age of sorts, one fuelled by gas, guns, and metal. Now the best pilots fight for the entertainment of the public, in a new Rome named Metal City, with its own Coliseums, the Arenas. Our first arena, Metal City Great Arena, has statues of the old Metal God that championed humanity against the monsters, and the pilots fight to keep theirs intact and prove their worth to the Gods of Heavy Metal.

Metal music is a major part of the game. What is the process of making and adding music to the game? At what point is the composer brought into the development process? What game resources do they access to inspire their work?

AL – Heavy Metal machines’ character follow the archetypes of jung. They have predetermined profiles which help to decide what music style it will receive. Once the art finishes the concept, this material is passed to a sound designer who creates the whole soundtrack for that pilot. Even though the employees behave very professional to bring soundtracks, they must know and understand heavy metal and its variations. The newly released character, Stargazer, brings a mix of electronic music and rock. Black Lotus bring Hindu sounds and rock.

One of the development team’s goals is to develop an eSport community around Heavy Metal Machines that will include tournaments with cash prizes. Can you share with us how you will be implementing this over the next few months?

LL – We are about to announce the second European championship. 2019 will be great for Esports in heavy metal machines. The Community has really got into the competitiveness of the game and plenty of teams are raising worldwide.