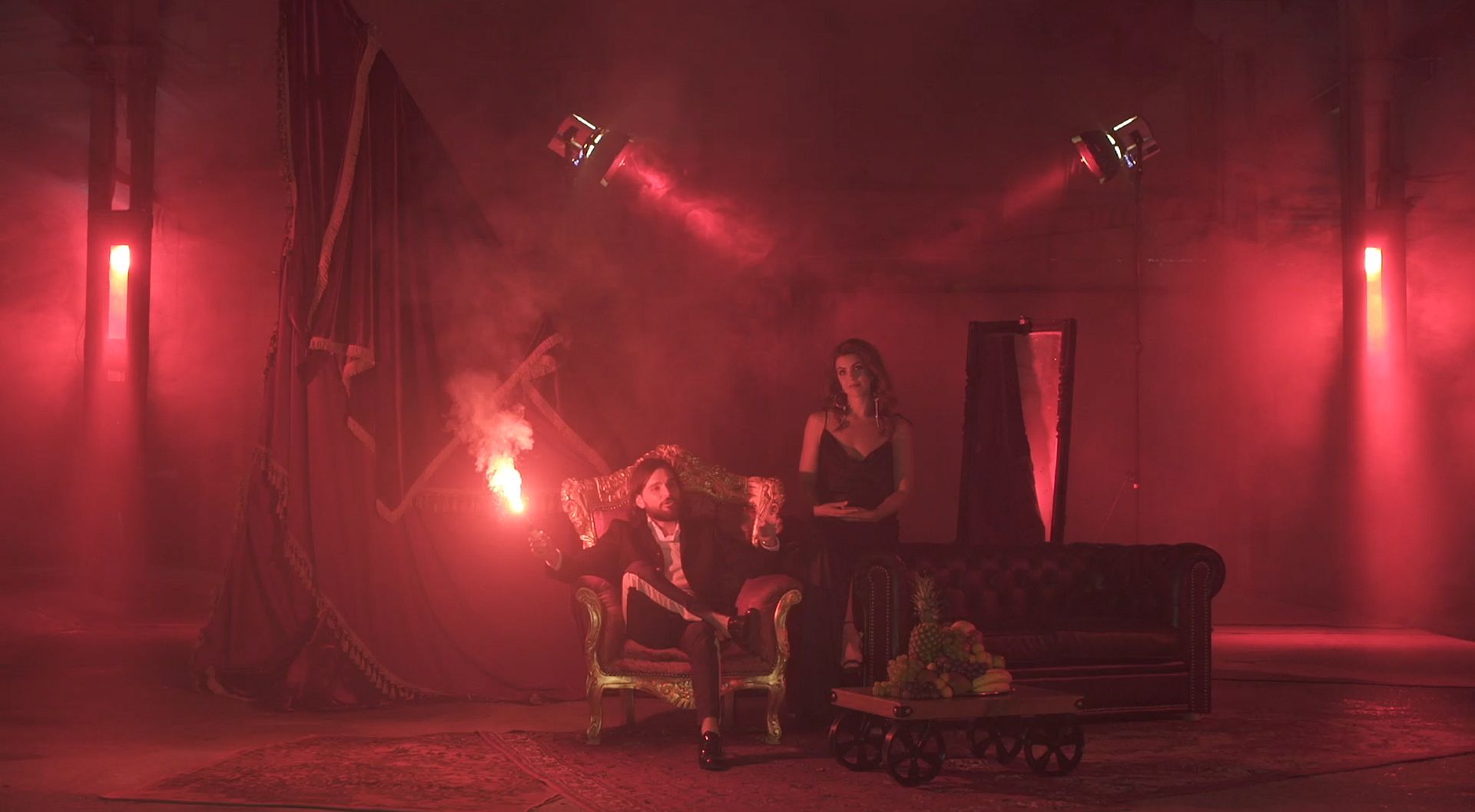 Super Seducer 2  is out only six months after the original Super Seducer: How to Talk to Girls, which had to deal with a lot of negative press. In this live action seduction simulator you’ll learn how to have success with women.  Dating coach Richard La Ruina gives feedback based on your decisions and is personally trying your chosen options on the women in the game. With a bunch of very funny options to choose from, we asked him some questions about the idea and development of this unique game series available for PC via Steam.

Super Seducer 2 is available now with a lot of improvements, what would you consider was your biggest mistake in the first Super Seducer?

So far Super Seducer 1 still has better reviews on Steam, so maybe we didn’t make many mistakes! Seriously though, the biggest mistake was that we didn’t consider that people would get so angry about a game that shows seduction. I’d seen so much gratuitous sex in games, so we were very confident that a game about seduction would be allowed to, for example, have the sexy ladies on the bed in the cut-scenes without generating any furor. We made all kinds of other mistakes that ran up our development budget due to needing to re-do things. The first version of the game had a tutorial, powerups, a countdown timer, lives,
and was really confusing.

You went through a lot negative press and criticism for the game and I don’t even want to imagine how this “shitstorm” felt – having a totally different intention with this game. After all what happened, can you understand why and mention some reasons, why people might have felt offended by it? What did you do to prevent this from happening again?

I’d like to separate the journalists into two groups: Those who wrote articles without even playing the game plus all the others who just copy-and-pasted from that article. The second group being those that actually played. The people that were genuinely offended didn’t like:

So we toned down the gratuitous sexiness and were much more careful to clearly state that things were wrong. The third point we can do nothing about. I fundamentally think it’s fine for a guy to talk to a woman he finds attractive in a coffee shop. As long as he leaves her better off than he found her and has good intentions. Some people disagreed with that premise and would prefer men to never approach women. 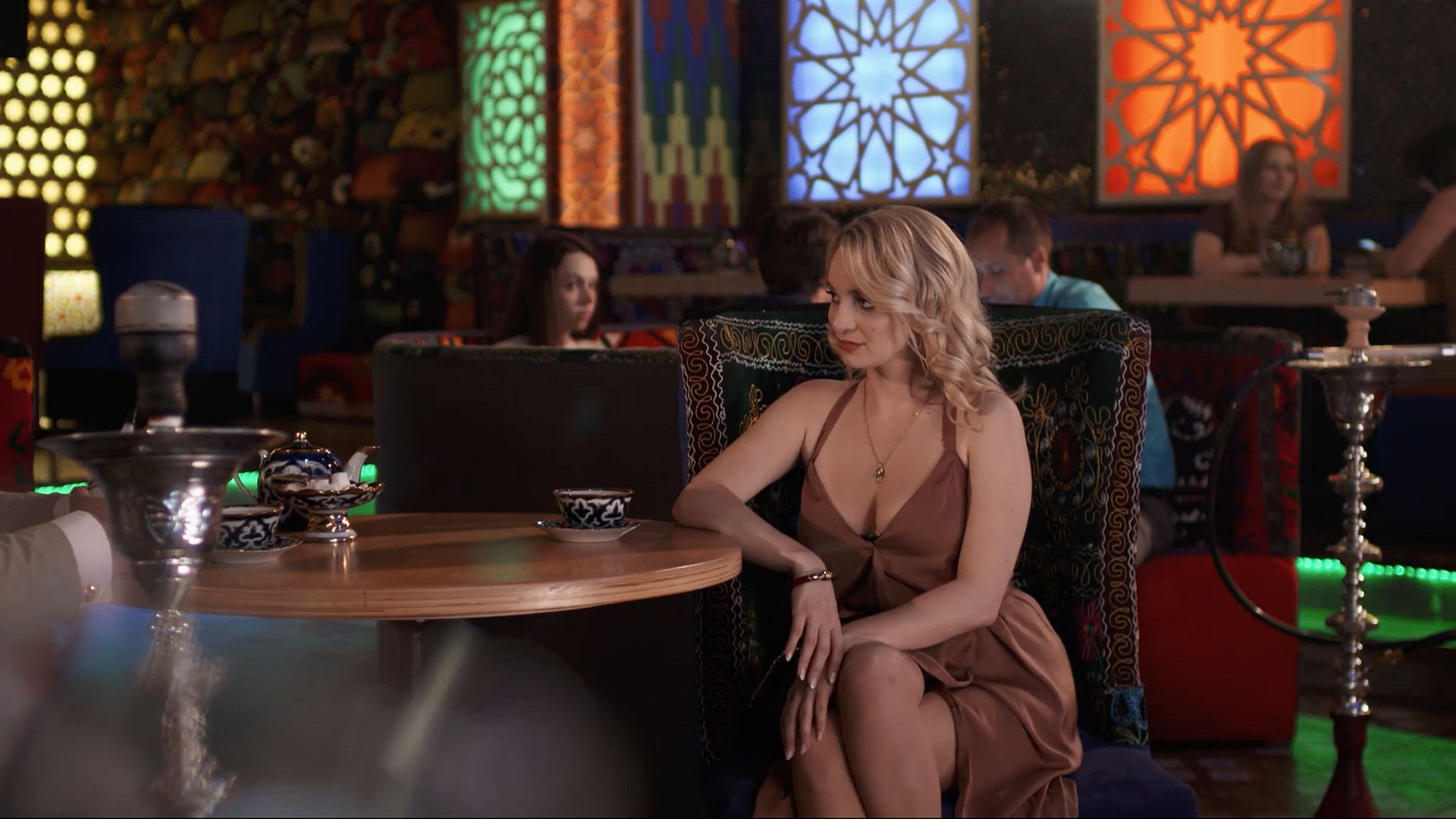 What would you comment on this? “There’s No Such Thing as Bad Publicity”

Well our game didn’t reach certain platforms and I think that the irresponsible journalists (Vice spring to mind) who directly called for it to be banned were a big factor. The overlap from the mainstream press we received to game buyers was low so I don’t think it moved the needle much to be mentioned on BBC TV and in Forbes. The biggest thing for the first game were the big YouTube and Twitch players, and we were lucky enough to make a game that worked really well on those channels. In short, I would have rather had no controversy and been able to launch on all platforms.

How did this game come to life? When and where came the idea?

I was approached by an American developer with the idea. We already had the filming connections so it was quite easy to get things started. 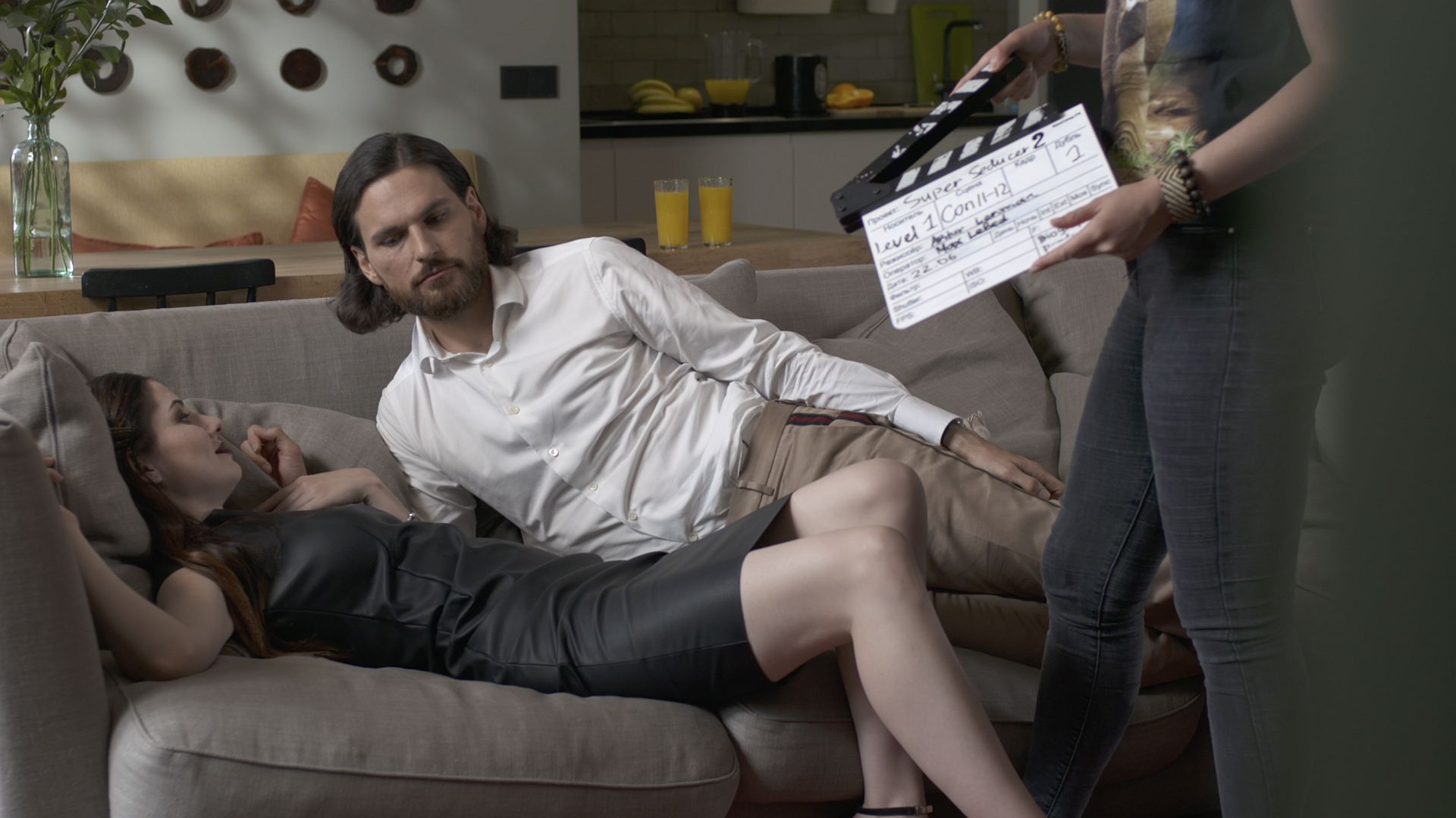 Personally I think you guys show a great sense of humor and some options during the scenes are a bit ridiculous. Who’s coming up with this ideas and how many of these did you experience in your job as a dating coach?

The orange options in the first game are very common, and the red options were sometimes based on real events and sometimes just based on the stupidest thing that someone could do in those situations. I came up with around 80% of the script. Some people contributed red options, and in SS2 I consulted some experts to help with certain levels (for example Tinder and Interracial Dating). 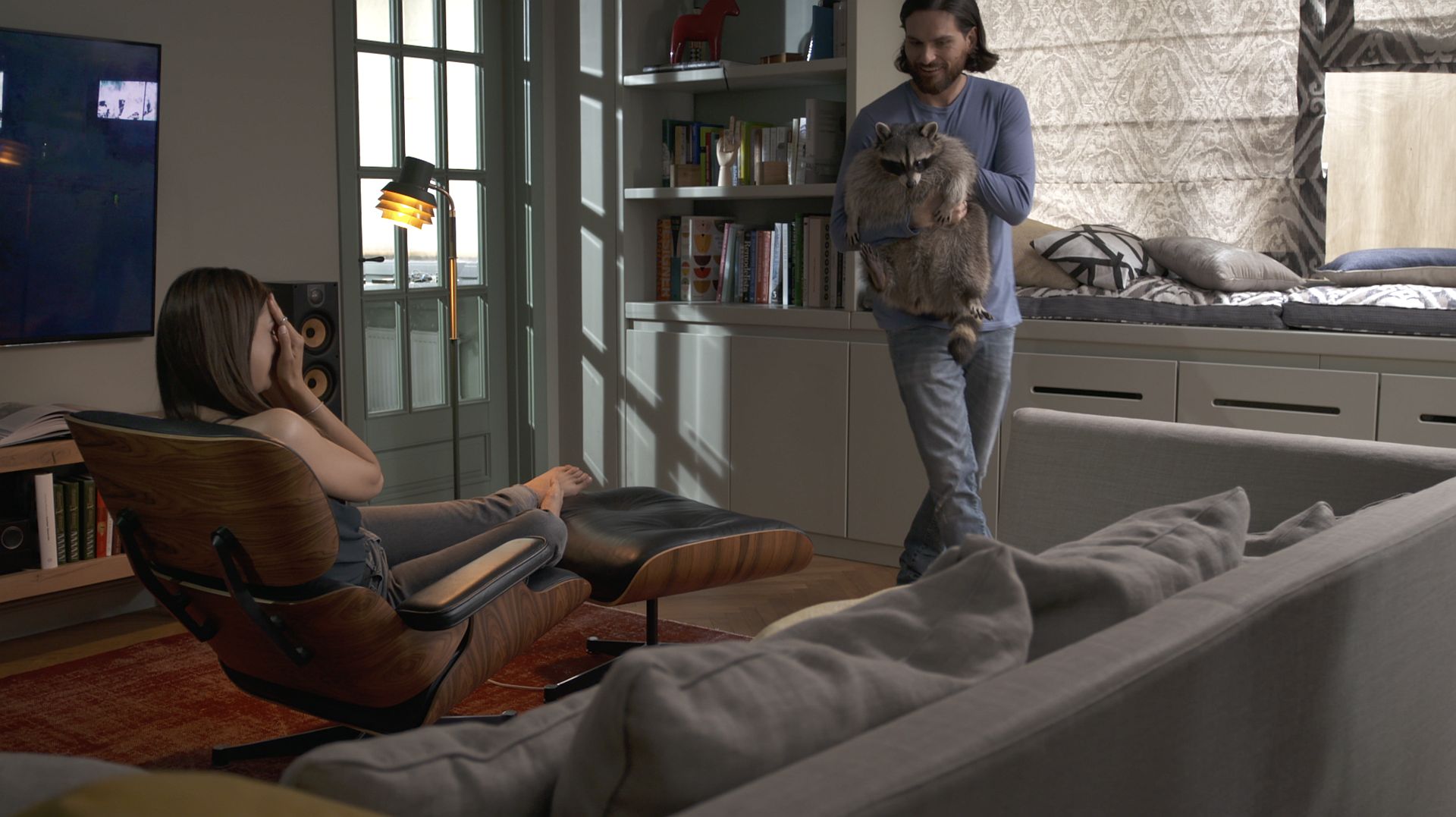 You found a great balance between serious dating advice and spicing it up with some hilarious options. How important is it to have this funny approach in the series?

I think 70% of people play the game mainly for fun and 30% play mainly for dating tips. I think without the ridiculous options the game would be pretty boring. Watching two people get on well is not that interesting 🙂

What is your favourite moment in the series or each game?

I like the 2 girls in bar level of part 1. Most of the red options are great, I guess the “do you know what I like in a girl? My dick” part was one of the best. Then in the 2nd game I actually really liked the Boss & Secretary level, especially the meeting with the marketing team.

What is the funniest moment in your opinion in the series or each game?

It’s tough to tell 🙂 There are lots of videos on Twitch of people laughing hysterically at both games, the most recent I watched was laughing at the moment Michael in level 3 cries after being put in the friend zone. 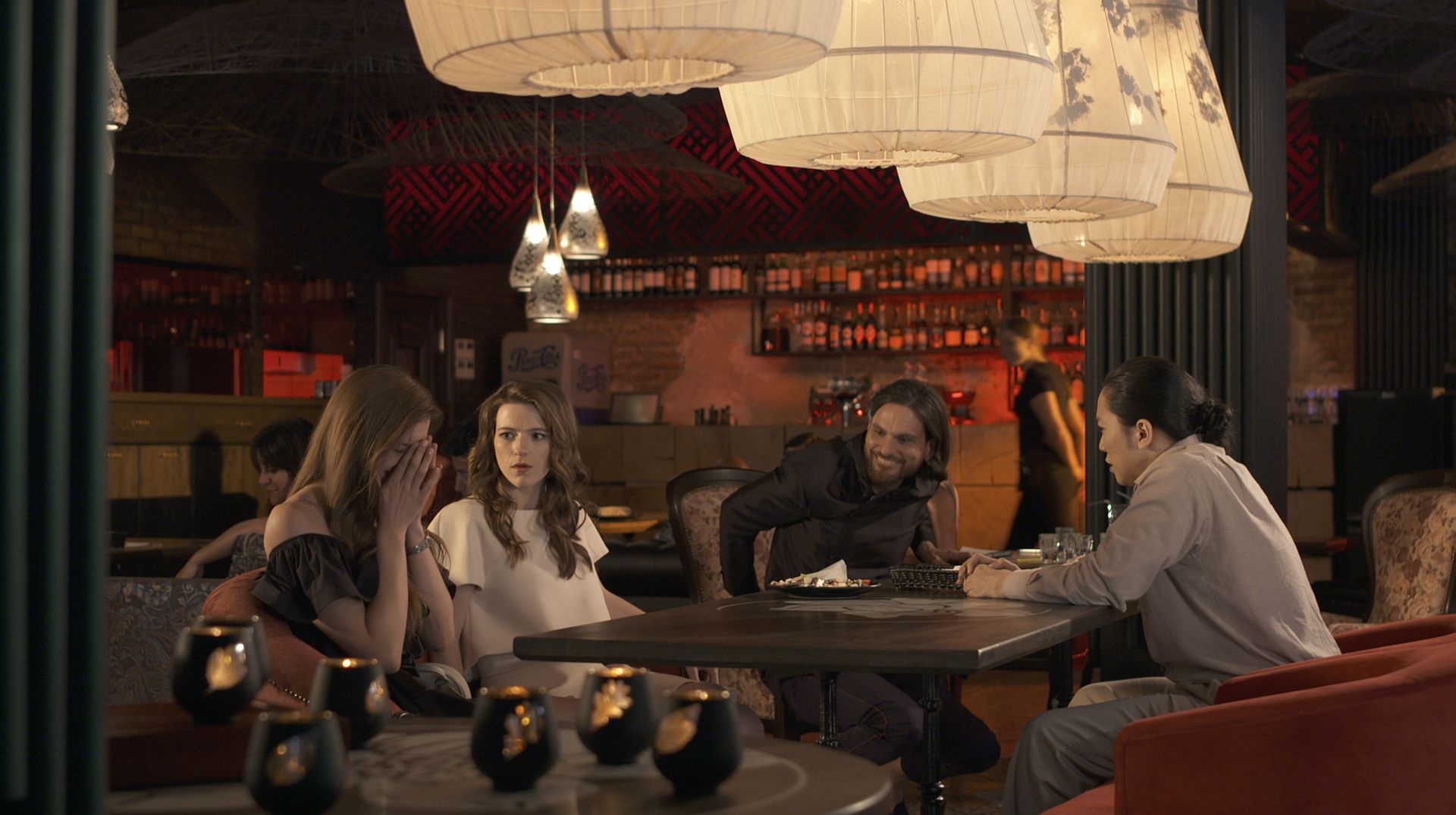 Which scene was the one with most reshoots and why?

We filmed 95% of the first game in one take. And 80% of the 2nd game. Any scenes where we have multiple people, like when the granny falls down in level one often don’t go right the first time. Also Mahmoud’s level had a lot of re-takes just because the actors took a while to get going, we lost 25% of the planned content for that level due to time running out. In general though we are moving fast and that’s how we manage to shoot more material than a whole TV
season in just 22 filming days 🙂

Can you share any fun facts that happened during development and nobody knows of yet?

All of the people in the first game were friends of mine apart from the one professional actress – Shanna (who played in 3 levels). So almost everything they say is true, from their names to their occupations and hobbies. We shot two levels per day, and we shot all of the feedback clips in 4 hours! 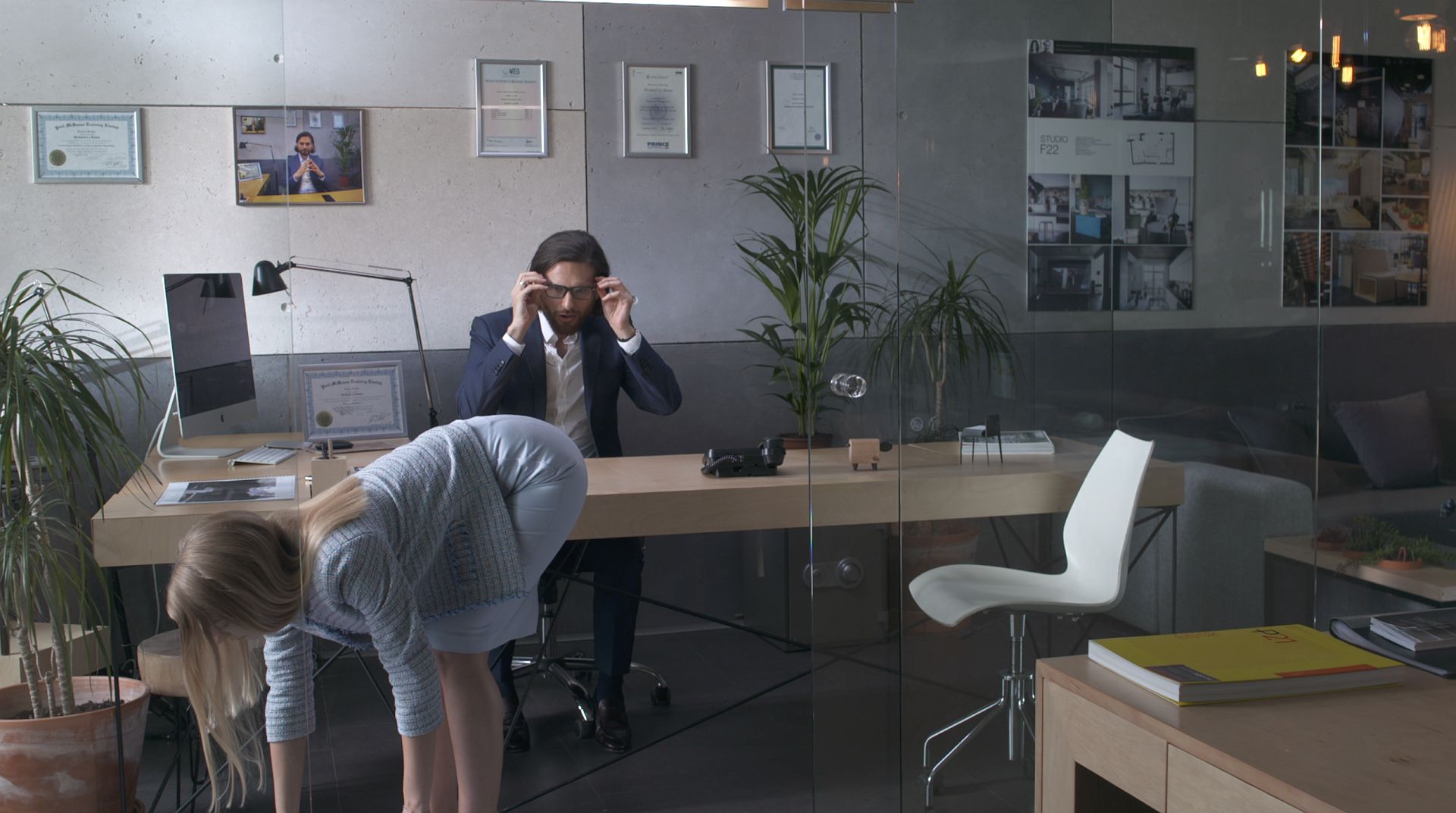 What is your favorite game at the moment?

I recently bought Dead Cells and want to complete it, it’s great. I didn’t play much during the development so I have some catching up to do. I purposefully only played average games so that nothing sucked me in and distracted me! I’m on vacation now for 2 months, but when we get back I’ll finish Dead Cells and then buy God of War finally.

Which three games would you take on an island with you?

Do we have online play on the island? I have Street Fighter 3 Third Strike and the matchmaking is terrible for me, so if they could fix that I’d take it. It’s the game I’m best at. I’d probably take a game that I haven’t played but would likely really get into like Civilization VI, the original was my first PC game in the early nineties and I played it for hundreds of hours. If we were leaving now I’d get the new God of War too because I really want to play it and I guess it has a hard mode that would keep me playing! 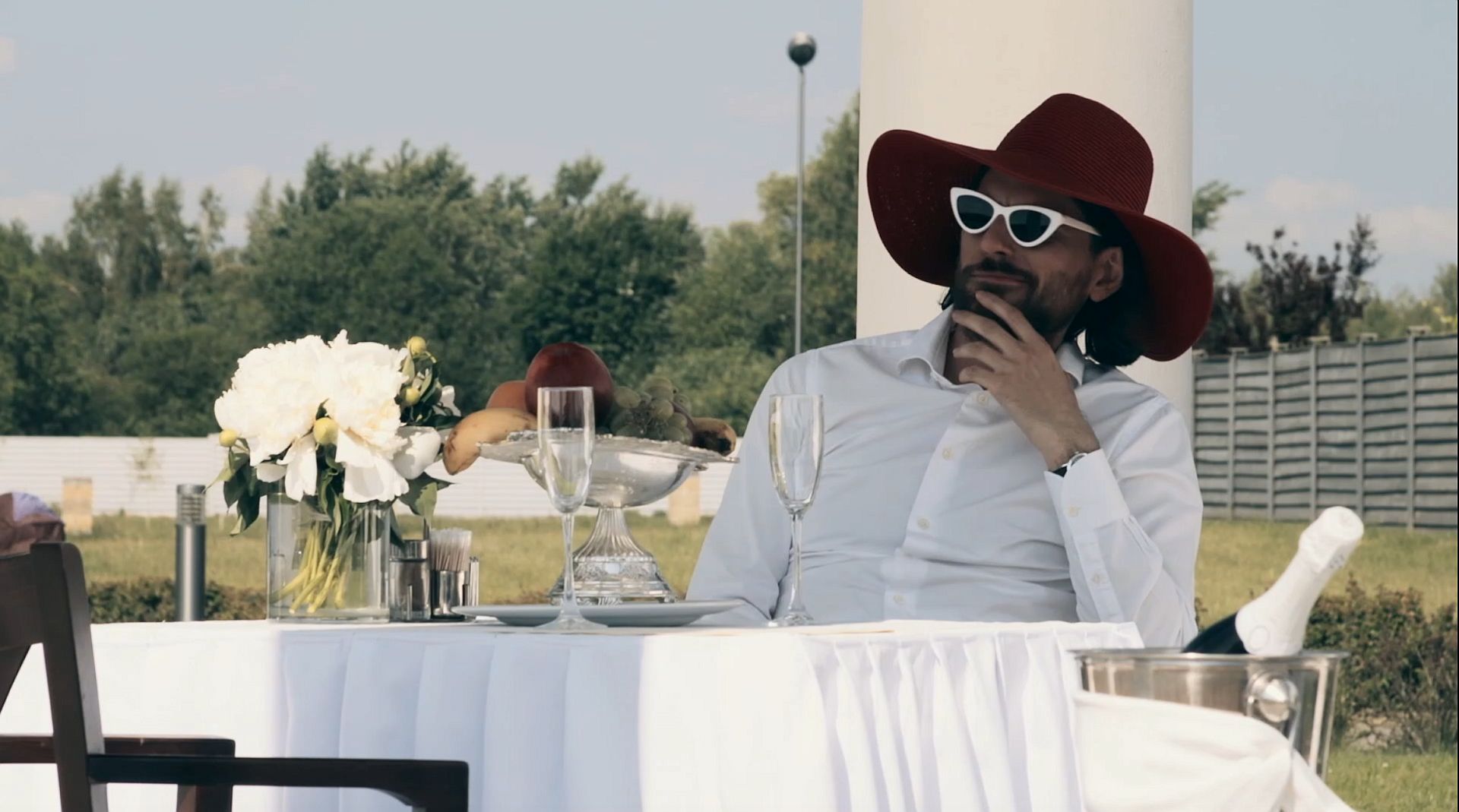 Something most people won’t know is that we have a full-length documentary and my new book exclusively sold as DLC with Super Seducer 2. I think this is the first time a game has done that and a big part of the hard work in the past year were to finish the book and the documentary in time for the launch. So we’ve not only released two games in 6 months and 7 days, but also a documentary and a book.