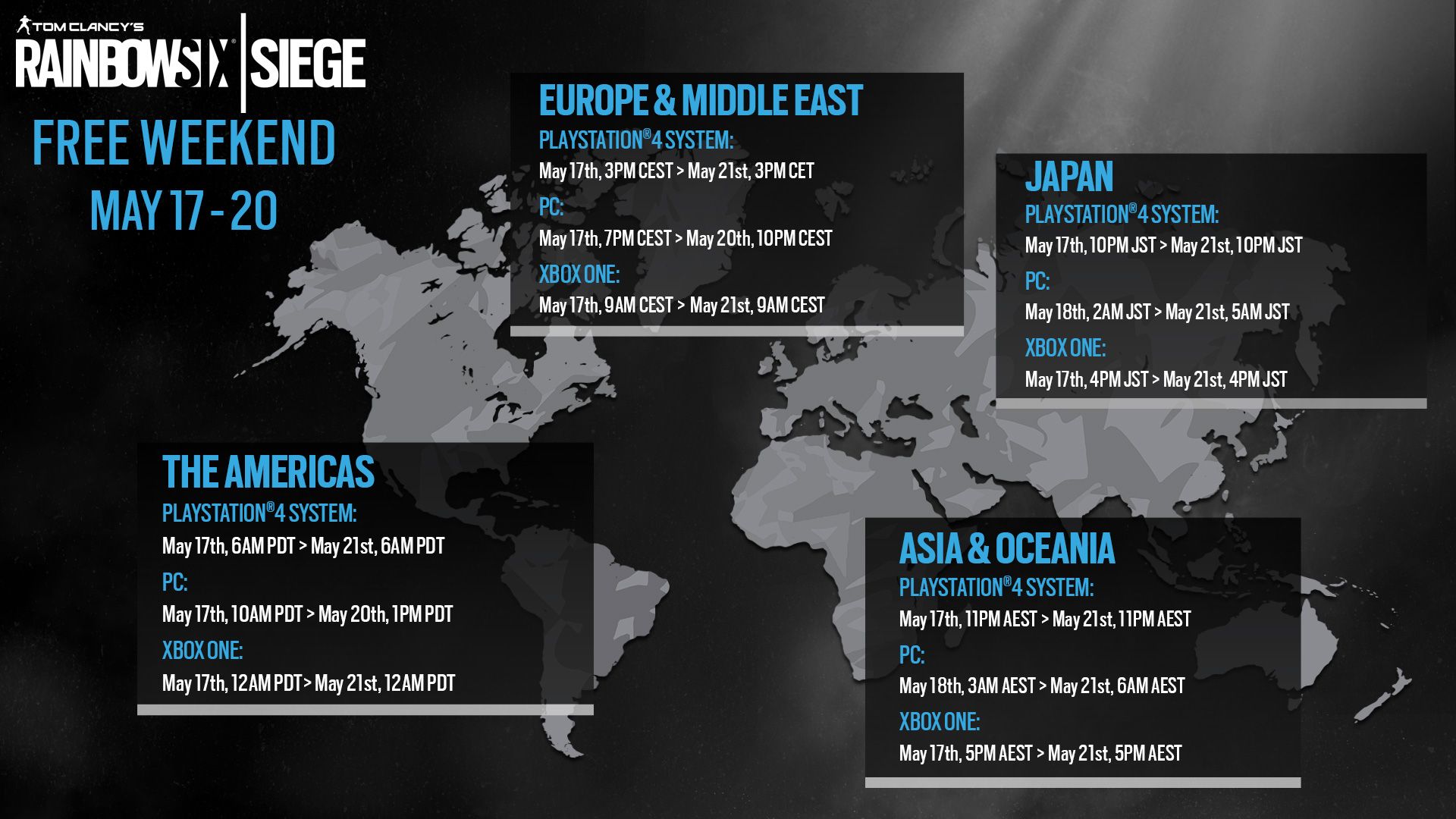 In Australia, the action kicks off with Xbox One’s start time of 5PM AEST on May 17th, followed by PlayStation 4 at 11PM AEST. PC gamers will have to wait until the 18th at 3AM to start. The Xbox One and PlayStation 4 free weekends will end on May 21st at 5PM and 11PM respectively. The PC free weekend will end on May 21st at 6AM. For other regions, check out the handy chart above for your region’s start time.

Any progression will be carried over if players opt to buy the game afterwards. To entice players, Ubisoft will be knocking down the prices of Tom Clancy’s Rainbow Six Siege Standard, Advanced, Gold, and Complete Editions of the game by 50% from May 17 to 28.

The Pro League Finals running in Atlantic City this weekend. Ubisoft will be revealing the full list of Year 3 Season 2 content at the event. Currently, we only know of Operation Para Bellum, which will introduce two Italian operators, The Villa map, and new gameplay improvements.